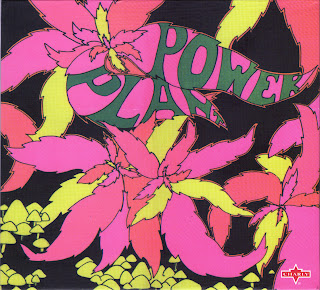 Power Plant was only album from Texas band The Golden Dawn, released 1968 off the legendary independent label International Artists. Many rate this album as the best IA release all over but it’s nowhere near Easter Everywhere or 1966’s Psychedelic Sounds Of. Not the year’s most original release, George Kinney’s vocals sound a little too close to Roky Erickson and the band lacks the originality and vision of the Elevators.

Kinney was in a pre-Elevators band, the Fugitives and also played an important role in getting Erickson’s book, Openers, financed and published. I’ve been told that Power Plant’s original release date was set for sometime in 1967 but for uknown reasons IA held out till the following year. That being said, there are still many fine moments on Power Plant. Evolution, the leadoff track, is a good psychedelic rocker with chimes, snotty punk vocals and some nice fuzz guitar.

The band plays hard and tight throughout and favor hard bluesy licks over fuzz as heard on songs like Starvation and I’ll Be Around. There are two undisputed classics on the album, This Way Please and My Time. The former is an excellent piece of acid drifter music while My Time may be the best song the Golden Dawn ever wrote. I hear bits of Gloria in My Time, the guitars are powerful with a rough edge and there’s a nice raga style solo making this an all-time, epic garage punk classic. Another highlight Tell Me Why stands out for backwards tapes and twisted Kinney vocals.

Power Plant is worth recommending on the strength of the above songs and it’s overall consistency. There have been numerous cd reissues though the Sunspot release comes in a nice mini lp sleeve with good sound quality. Kinney has made some late 60’s/early 70’s post Golden Dawn music which is reportedly very good but has never seen an official release. 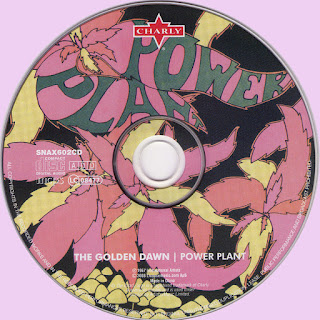