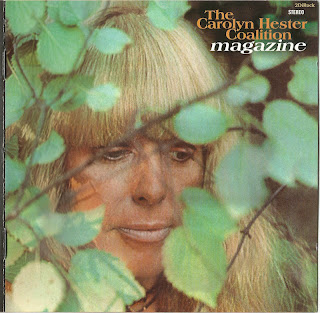 Carolyn Hester is a noted Folk Singer from the 60's Greenwich Village Folk Scene. She appeared on the cover of the "Saturday Evening Post" in the May 30th, 1964 issue and has been remembered in many books including "Chronicles", Bob Dylan's autobiography, as being the person who was most instrumental in Dylan's signing to Columbia records - the label that took an unknown singer-songwriter and elevated him to super-stardom.

Hester is known for her angelic voice and her repertoire of traditional English ballads mixed with an original selection of contemporary folk. She has recorded more than fifteen albums in her fifty years of performing. She was signed to the Decca/Coral label in 1957 by her manager-producer, Norman Petty. Also under Petty's influence at that time, was a hip entertainer and friend of Hester's, Buddy Holly. Throughout the '60s, Hester was well-established in the Greenwhich Village folk scene where she met a young, Bob Dylan.

In the late 60’s Carolyn released two albums as The Carolyn Hester Coalition, their second “Magazine” originally issued in 1970 by the Metromedia label. Magazine is slightly more moody and not as sunshiney as the first record, but it is still fairly light, approachable West Coast-ish psych/folk/pop. There are some covers on this record, mixed with originals that hold up next to any other record of its ilk from the era. Hester's crystalline, sweet voice is backed by some hauntingly deep and melodic fuzz, proving that Hester wasn't just any Texas songbird. 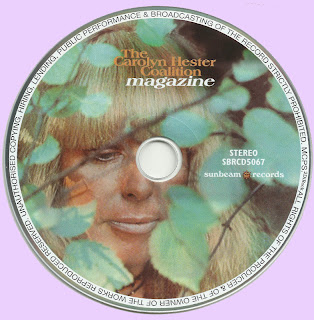 Free Text
Just Paste
Posted by Marios at 5:49 AM 6 comments: