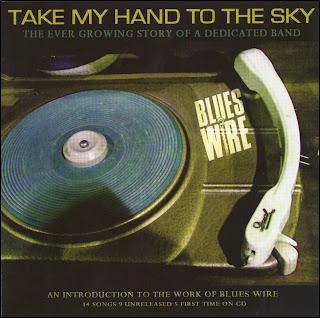 In the words of blues prodigy Katie Webster, "Blues Wire are the best blues band in Europe and deserve to be heard by a wider audience".

According to everybody who has ever witnessed a Blues Wire gig this band is one of Europe 's best kept blues secrets and they should finally get the chance to be known to blues lovers around the world. The Blues Wire story began in 1983 when Sotiris Zisis (bass) and Elias Zaikos formed Blues Gang (who renamed themselves as Blues Wire in 1985), the very first blues band in Greece that tried to capture the original sounds of blues legends like Muddy Waters, Howling Wolf and T-Bone Walker.

They recorded the first blues album ever to be made by Greek musicians, at a time when it was really difficult to play music without obvious roots in Greek culture, let alone get a record deal for it. Back then, playing the blues not only could make someone almost an outcast, but it also meant dealing with shady characters and going through hard times. The only ways for a blues band to go through these times was to be tough, determined and stay true to the spirit that moved them in the first place.

It was these qualities that saw Blues Wire rise from a struggling blues band to full-grown, seasoned artists with their own distinctive sound. Thousands of gigs in every kind of venue imaginable, scores of TV and radio show appearances in Greece as well as abroad and an enviable recording expertise have helped define their tight and recognizable sound, a mix of passion and maturity that only comes with experience. Playing festivals and clubs in countries like France , Italy , Austria and Hungary (among others) not only consolidated their reputation but also proved that they are long past the novelty aspect of being a blues band coming from Greece .

Their infectious live act has captured the minds and the hearts of audiences everywhere and has earned them many an enthusiastic press reviews all around Europe . Through the years Blues Wire have often backed up top blues artists such as Louisiana Red, Katie Webster, John Hammond, Larry Garner, Big Time Sarah, Carey and Lurrie Bell, Angela Brown, Big Jay McNeely, Al Copley and Jeanne Carroll, to mention a few, proving they can keep up with the best of them. They have also opened for legendary musicians like Buddy Guy, James Cotton, Albert King, Otis Rush, the Yardbirds and The Fabulous Thunderbirds.

Their skill and musicianship led to memorable jam sessions with blues pioneers like Champion Jack Dupree, rising stars like Sherman Robertson and well-known British blues players like Dave Kelly. The band's versatility and open hearted attitude brought up spontaneous performances together with many musicians of different styles, ranging from Brit-jazzer Dick Heckstall-Smith to Australian songwriter Louis Tillett and from Canvey Island R&B masters Doctor Feelgood to members of Osibisa.

Blues Wire has provided the foundation of the Greek blues scene and the main inspiration for many younger musicians. For five years they were the house band at Pararlama, the first and most famous blues club in Greece .

After a career spanning more than twenty years, Blues Wire are now busier than ever. Spanning yet another mark in their long career, their last studio album showcases a more varied, elaborate and eclectic sound.
Blues Wire may have moved on to another level but their essence remains intact. 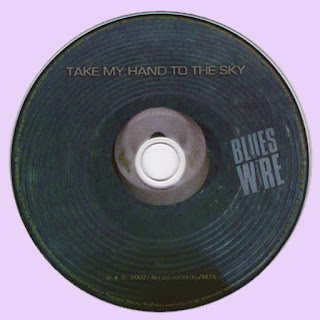