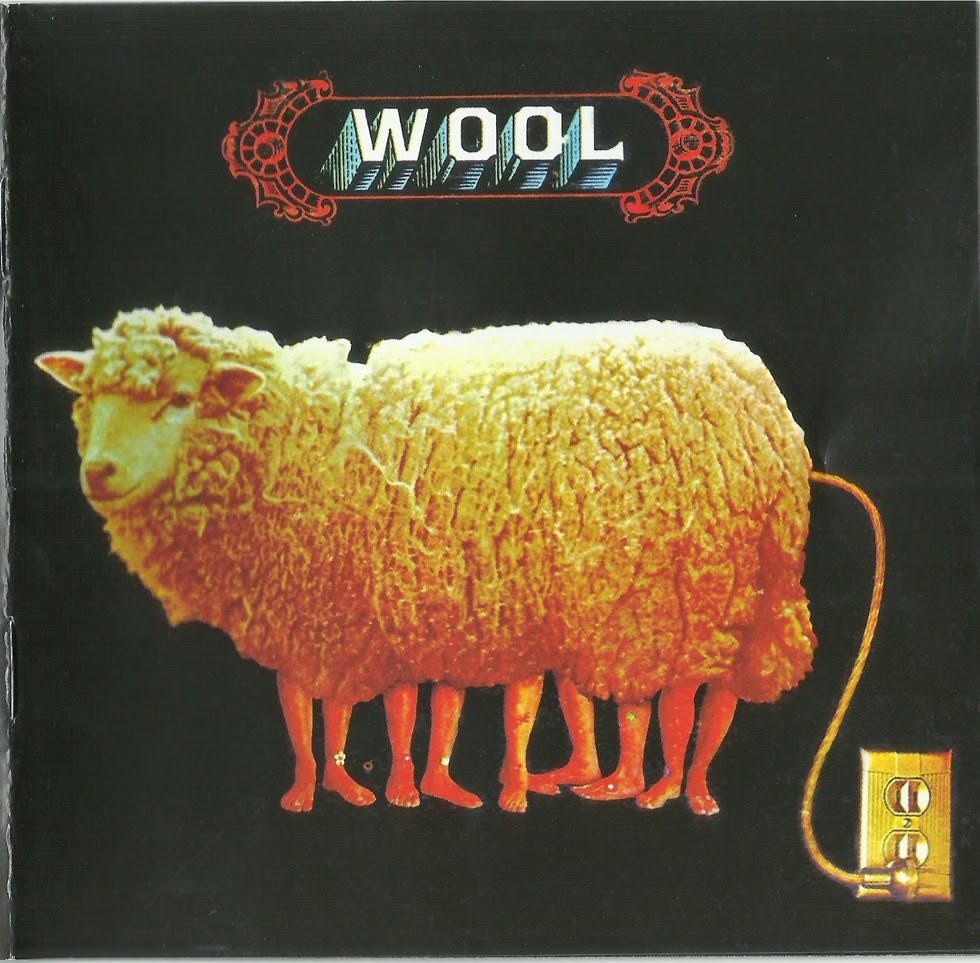 This 1969 release by Watertown, New York’s Wool proves that even when you have strong talent and all the right connections, sometimes it still isn’t enough to get your band to break.

The group formed in the early ’60s, and were originally known as Ed Wool and The Nomads.  Ed Wool, who was a master guitar prodigy and excellent songwriter, was influenced early on by the new British Invasion sound and later on by the cream-of-the-crop of soul/R&B.  Ed Wool and The Nomads were huge in the mid-60s’ thriving Northern/Upstate New York music scene, even sharing the stage with bands such as Mitch Ryder & The Detroit Wheels, The (Young) Rascals, and The Rolling Stones.  In 1966, Ed and The Nomads scored a recording contract with RCA Victor and made one single, “I Need Somebody” b/w “Please, Please, Please,” which flopped.

Several line-up changes ensued as the ’60s progressed, but with Ed Wool still as the main focal point. The group was known as “The Sure Cure” for a brief amount of time, releasing the Feldman/Goldstein/Gottehrer penned “I Wanna Do It” for the Cameo-Parkway label, which also flopped.  Next, as “The Pineapple Heard,” Ed’s group even had the chance to be the first group to record the Boyce & Hart tune “Valleri” in 1967, a year before The Monkees had a hit with it.  That single, released on the tiny Diamond label, again, flopped.  Starting circa 1968, Ed Wool finally settled with a new and final line-up, which included his younger sister Claudia on vocals, and began going by the simple, unique name “Wool.”  The group traveled to New York City and began laying down tracks for their lone eponymous album for ABC Records.

This time around, the group managed to establish a songwriting connection with Neil Diamond, and had folk/pop songwriter and musician Margo Guryan at the helm for production help.  Surely, this should’ve been a recipe for success. Unfortunately, the album went virtually unnoticed nationally, and scored at the very bottom of the Billboard Top 200.  In Upstate/Northern NY, the album was a hit, with several of the tunes being played constantly on local radio stations.  Although it was largely unknown, one can assume that a lack of promotion from ABC Records was likely to blame for the album not being a hit.  It’s a shame, because the music contained on the album is downright good, with even some moments of greatness.

The album is a super tight blend of psych-rock, pop, and funk.  The album’s biggest highlight, a cover of Big Brother & The Holding Company’s “Combination Of The Two” absolutely blows the original out of the water in every aspect. Both the music and vocals make Big Brother’s version sound…dare I say…weak?!  One should especially pay attention to the wild vocals of Claudia Wool and the jaw-dropping fuzzy bass solo, courtesy of Ed Barrella.  The second highlight of the album is an Ed Wool original, entitled “If They Left Us Alone Now.”  A stark piece of psych-pop balladry, the tune belonged in the Top 40.  The Neil Diamond-penned “The Boy With The Green Eyes” also had hit written all over it.  Their cover of “Any Way That You Want Me,” which was better known by The Troggs, The Liverpool Five, and later Evie Sands, may be the best recorded version.  The album closes with the nine-and-a-half minute cover of Buffalo, NY’s Dyke & The Blazers’ “Funky Walk” and perfectly showcases Ed Wool’s superb guitar chops.

After Wool released this album, they recorded a handful of singles for Columbia (yet another major label!), all of which fell upon deaf ears.  Ed Wool is now based in Albany, NY playing blues-rock with a new line-up.  Wool reunited in 2007 for a concert at the famous Bonnie Castle Resort in Alexandria Bay, NY playing some of their old ’60s songs.  As for this album, it was definitely Wool at their peak of creativity. Wool has become a cult classic of sorts, and can be a bit pricey on eBay.  Luckily, in 2006, the UK’s Delay 68 label reissued a remastered version of the album on CD with plenty of photographs and liner notes, and is available for purchase on Amazon.  If you have the extra cash, pick this little gem up.  It will not disappoint the average ’60s rock fanatic.
by Katie Kanitz 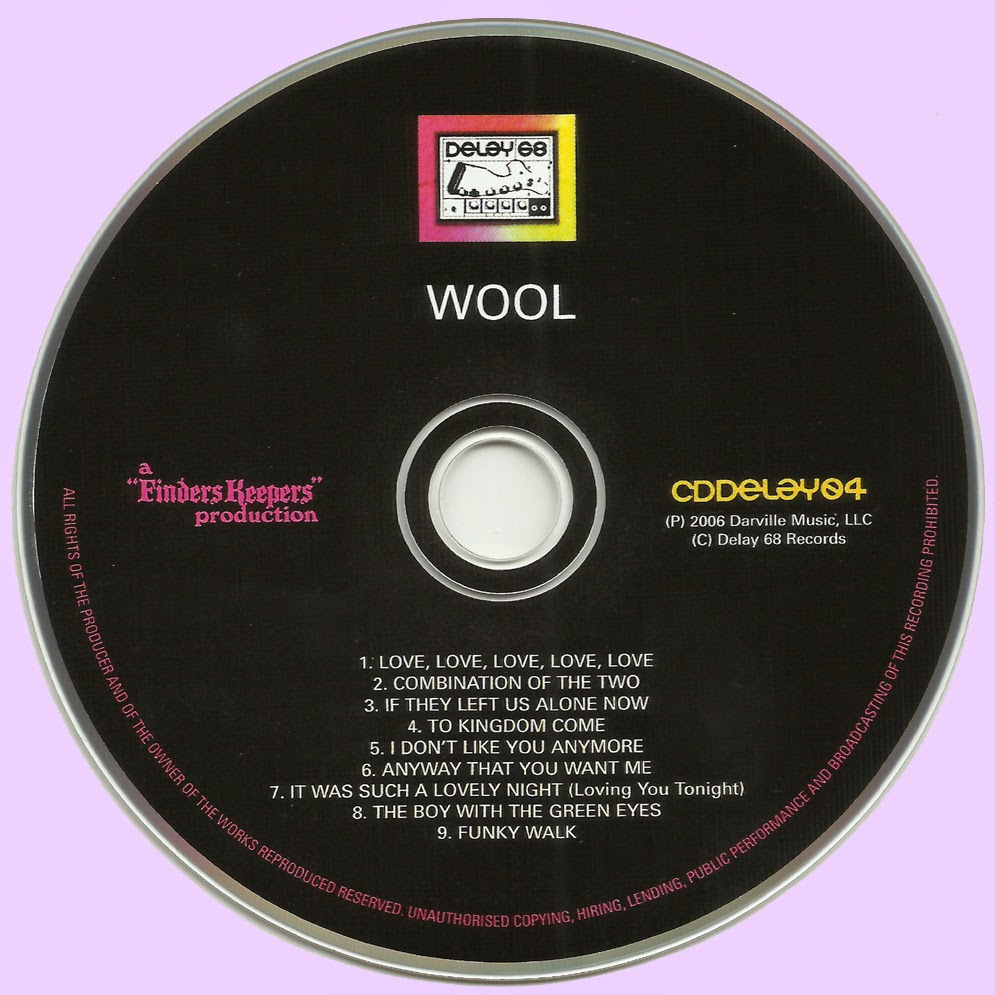 Free Text
the Free Text
Posted by Marios at 6:05 AM 21 comments: