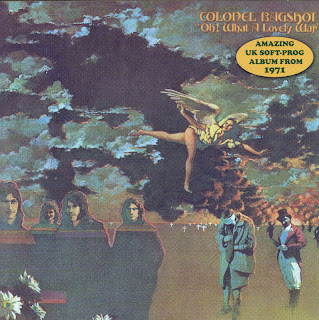 ‘What A Lovely War’ … is entitled to such a puzzling irony, the British band’s debut LP Colonel Bagshot does not rocked the Billboard list of the very rich musically 1971. What’s more, in their own country no one even thought about release their album. Debut took place only in the United States.

The next album, which was released for the first time on CD, thanks to the Swedish label: Flawed Games… album devoted to anti-war topics is a piece of excellent, soft – progressive music under the sign of the late Beatles, The Strawbs and early Moody Blues. And while fans of 10-minute solos on the Hammond organ and distorted guitars may feel disappointed, but fans of the good old play based on a clear and ambitious arrangements of tunes from the early 70′s – should be thrilled!

I’m a big fan of this album, but I needed a few hearings to bite deeply into her mood. Just one little thing … Over 10 years ago, an American DJ just took the tape from the first track (Six Days War), remixed it a bit, added a typical soul drums, made a clip of the starving people of Africa i .. so “borrowed” a piece has reached the very top of the U.S. charts and sold millions of copies!and was used for the soundtrack of “Phone Booth” starring Colin Farrell (no relation to Brian).

Funny story is that these facts at the time it was, not Internet (yes, yes meant that contemporary rock librarians ‘Colonel Bagshot’ filed under band from the USA.

No, but now that we have the internet … it turned out that the native British people of flesh and blood!

The group was formed in the late ’60s. They played a lot of concerts and recorded albums. Their work, we compare some of the achievements of The Beatles, The Moody Blues, or even The Strawbs. Album padded ro is the 3.4-minute intervals protest songami a strong anti-war message and already less librarians determine how this type of music: psychedelic rock, or so-called soft-progressive … It is important that arrangements are top notch, the board listened to with great pleasure, even after so many years, and “Colonel” can sometimes bump so that the heel is coming! …. Just great!

Colonel Bagshots toured with Slade and went through transitions with new band members before Brian Farrell Became a solo artist signed to Warner Brothers and Kenny Parry, Dave Dover, Terry McCusker went on to form ‘Nickelodeon’ tight and very popular rock / pop trio. Colonel Bagshot reformed in 2006 for the launch of a book about the 70′s music scene at the Cavern in Liverpool.
by Adamus67 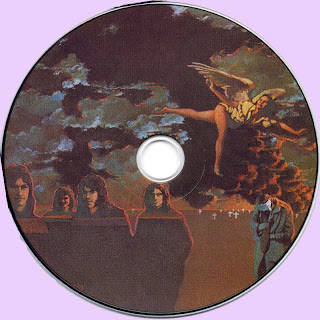