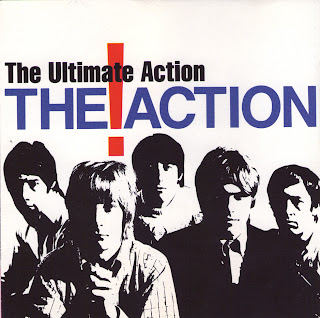 The Action hailed from Kentish Town in London. Formed in 1963, they were originally a quartet known as The Boys, and were a back-up band for singer Sandra Barry. Under this guise, they released tow 45's, one with Barry and one as The Boys - both unsuccessful - before changing their name in 1965. At that time Reggie King was the lead guitarist. Following the change of the groups' name came a change in personnel when Watson joined as lead guitarist, allowing King to concentrate on his vocal duties. (Watson would be replaced by Martin Stone in 1966).

In 1965, they were spotted and signed by the Beatles' producer, George Martin and the group built up a strong following among the mods in the clubs. In live performance they were good enough to be serious rivals to The Who and The Small Faces. But despite having this in their favour, the recordings they issued, although strong enough, mysteriously failed to reach the charts.

They were the most soul-oriented of the mod groups, favouring guitar-driven covers of Motown tunes and standard R&B dance numbers of the day such as "Land Of 1,000 Dances". Under Martin's guidance, emphasis was placed on Reggie King's blue-eyed soul voice and the group's harmonies. Their later original material shows an increased sophistication in both songwriting and production.

The Action's sound was something akin to a more soul-oriented version of the Small Faces.  In 1967 Reggie King left to pursue a solo career with keyboardist Ian Whitman replacing him. This led to another change of name, this time to Azoth, before they evolved into Mighty Baby and eventually disbanded altogether in the early 1970s. 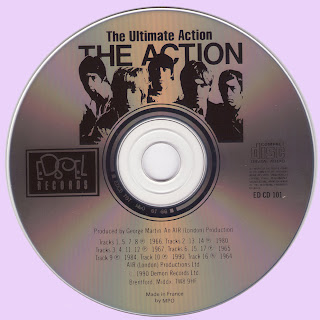 Free Text
Just Paste
Posted by Marios at 9:24 AM 7 comments: