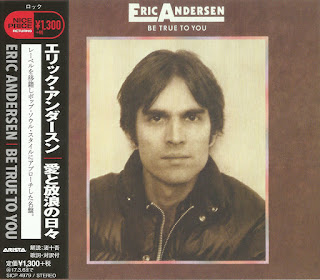 Eric Andersen's songs, voice, and guitar have created a career, spanning over 40 years, that includes 25 albums of original songs, and numerous tours of North America, Europe, and Japan. His songs; have been recorded by artists all over the world, including Judy Collins, Fairport Convention, Peter Paul and Mary, Rick Nelson, Linda Ronstadt, The Grateful Dead, and Francoise Hardy.

Although born in Pittsburgh in 1943, Eric Anderson received his early education in Buffalo, where he taught himself guitar and piano. He saw Elvis Presley perform in a gold suit at Memorial Auditorium and the Everly Brothers play at his high school gym. He also saw the Miles Davis Quintet at Kleinhan's music hall. He had folk groups that performed the political songs of Woody Guthrie and the Weavers and spent a great deal of time reading the books of Rimbaud, Baudelaire, Jack Kerouac, and Allen Ginsberg. After two years of pre-medical studies at Hobart College, he hitchhiked to San Francisco to try out his new songs in North Beach coffeehouses and seek out the poets of the Beat Generation. He succeeded in meeting Allen Ginsberg, Lawrence Ferlinghetti, and Neal Cassady at the City Lights Bookstore. Weeks later, he heard them recite at a poetry reading in Haight Ashbury, on the same evening President John F. Kennedy was assassinated.

Songwriter Tom Paxton discovered him that late fall of 1963, performing at the Coffee Gallery in North Beach. He heard his songs and invited him to New York City. In 1964, Eric was soon introduced to the Greenwich Village songwriting circle of Phil Ochs and Bob Dylan. He played his first gig as an opening act at Gerde's Folk City. Robert Shelton of the-New York Times wrote a review where he called him "a writer and performer of the first rank… possessing that magical element called star quality." He was signed to Vanguard Records and began recording his first album.

Over the next three years he wrote and recorded four albums of his earliest songs, including his early classics "Come To My Bedside", "Thirsty Boots", and "Violets of Dawn", for Vanguard. The Brothers Four recorded a single of "Bedside" for Columbia Records and it was immediately banned from AM radio, on the grounds of obscenity. Judy Collins and the Blues, Project created pop hits of the latter two songs.

In 1972, Andersen would sign with Columbia Records after Blood, Sweat and Tears drummer Bobby Colomby introduced him to then-label head Clive Davis. Andersen’s Columbia Records debut, Blue River, would become his most commercially successful release, produced by Norbert Putnam. Joni Mitchell sang the duet harmonies on the title track. The Rolling Stone, Album Guide awarded it four stars and credited it as being "the best example of the 70's singer-songwriter movements. But when the master tapes for the follow-up album, Stages, were lost, Andersen's career lost much of its momentum. Between 1974 and 1977 he recorded two albums with Clive Davis at Arista Records, Be True To You and Sweet Surprise. He performed at the opening show of the Bob Dylan's Rolling Thunder Review, at Gerde's Folk City in New York, and again in Niagra Falls, in 1975.
by Will James 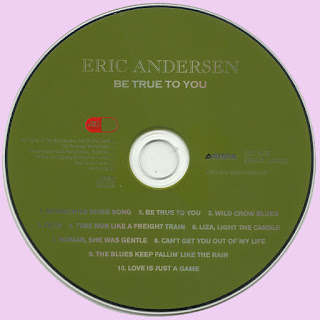