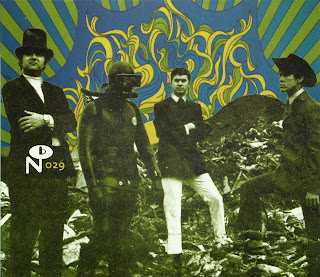 While Haight Ashbury was in full bloom, Laurel Canyon awash with fey folkies and the Sunset Strip a-go-go with guitar bands, Rockford, Illinois was celebrating the opening of a new Chrysler factory.  The blue-collar city, situated on the banks of the Rock River and just a short drive from Chicago, was the kind of place the freaks passed through on the road to some other happening somewhere else.  Yet, as in every city big or small, if you dug deep enough you’d have found a burgeoning underground music scene turned on to the Beatles and thrashing their guitars along to the Yardbirds and the Who. In fact, at the tail-end of the 1960s, the Forest City had no less than two bands, Fuse and Pisces, toiling away on the toilet-club circuit that would eventually be heard outside the city’s limits.  Fuse would, by 1974, change their name to Cheap Trick and rock out to mass worldwide audiences. Pisces, apart from three rare-as-hen’s-teeth 45s on the local Vincent label, had to wait another 40 years to be heard.

Now, thanks to Chicago crate diggers Numero Group, a reissue label chiefly known for their excellent ongoing “eccentric soul” series, we can all have our hearts, minds and ears warped by some of the most exciting recordings to ever bubble up out of the 1960s psychedelic stew. With unfettered access to the master tapes, which have been carefully stored away in founding member Jim Krein’s basement ever since the band’s studio burnt down, Numero has compiled a “best of” 15-song collection entitled A Lovely Sight. It takes a leisurely, tripped-out stroll through inventive, haunting soundscapes of psychedelic pop playfulness, crepusclar garage punk and a handful of bewitching bluesy, psych-folk numbers—the latter menacingly breathed into life by a 17-year-old singer called Linda Bruner who’d initially gone to Krein for guitar lessons.

By the time Bruner had joined the band in 1969, however, Pisces was down to only two members, guitarist Krein and keyboard player Paul DiVenti. And like the Beatles before them, only on a far smaller budget (which they supplemented by recording local acts and jingles), they had retreated into their studio and given up playing live.  Nevertheless, it appears that, audience or no audience, Krien and DiVenti’s imaginations burnt brighter than the devil’s own lava lamp.

Opener “Dear One” casts a tambourine-wielding spell, as Bruner enchants with a tale of spectral love.  Song number two, “Children Kiss Your Mother Goodnight”, is a slow burner to the dark side where a keyboard-induced lullaby turns downright creepy, with the brooding denouement: “Your mother is leaving on the midnight flight / Children your mother’s going to die tonight”. The dreamy folk rocker “Say Goodbye to John” sees the protagonist march off to his death.  Even the standout track sung by Bruner, “Sam”, a pleading tale of unrequited love, is full of menace as her voice strains to be heard over baleful throbbing bass and oscillating psych-organ.

There is the odd tune, however, when Pisces’ musical experimentalism gets the better of them, such as the “Revolution No 9”-inspired shenanigans of “Mary” and the early prog-like spoken-word self-indulgence of “Genesis II”.  But, as the cliche goes, you can’t make an omelette this tasty without breaking a few eggs.  Otherwise, how on earth would they have come up with a wonderful pop song like “Motley Mary Ann”, which sounds as if the Hollies are being backed by a Jamaican sound system with the bass ratcheted up to 10?  This release of A Lovely Sight means one less lost classic is waiting to be unearthed.
by Alan Brown 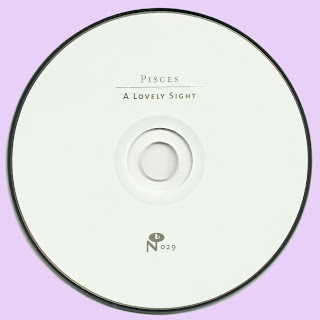