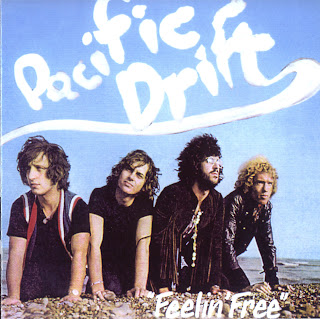 Released to widespread indifference back in January 1970, Manchester band Pacific Drift’s album Feelin’ Free surely deserved a better fate. A sparkling, West Coast-influenced amalgam of post-psychedelic pop and early progressive rock, skilfully weaving wistful hippie laments and riff-laden rockers into a fully cohesive whole, it didn’t really attract any kind of attention until the Great Prog Rock Stampede of the late Eighties, when albums that couldn’t be given away when first released suddenly began to change hands for significant sums of money.

This first-ever authorised reissue of what has become a highly sought-after album adds three tracks from the variant US release as well as the band’s version of the Spirit song ‘Water Woman’, only released at the time as a UK single. With rare photos, new band quotes and master-tape sound quality, this long-overdue release is unquestionably the definitive Pacific Drift anthology.

Though their sole album wouldn’t emerge until the dawn of the Seventies, Pacific Drift had been around for some while by that point. A product of the highly incestuous Manchester group scene of the mid-to-late Sixties, they had first come together in 1967 as the Sponge - essentially an updated, psychedelic-era version of the Tony Merrick Scene, with singer Merrick and guitarist Graham Harrop involved alongside other musicians, including an Asian drummer. But there were several early personnel changes, culminating with Merrick leaving in early 1968 to form a new Manchester ‘supergroup’, Sweet Marriage.

Barry Reynolds (who, in addition to releasing a 1982 solo album, I Scare Myself, would act as Marianne Faithfull’s musical director for many years as well as working with the likes of Grace Jones, Joe Cocker and John Martyn) quit in late September to link up again with Jack Lancaster in Blodwyn Pig, Pacific Drift duly imploded. Brian Chapman hooked up with Chicken Shack, Graham Harrap reunited with a couple of his old Toggery Five colleagues in Young & Renshaw, and Larry Arends left the full-time music scene to move into photography. It was a low-key end to a band that, as can be heard on this definitive Pacific Drift anthology, had briefly promised so much. “I always felt the band had great potential”, claims Larry. “We would have gone on to produce much more focused and specialised material, as all the members were full of creative and original ideas. Unfortunately, these ideas weren’t allowed to come to fruition. We had hoped to follow up Feelin’ Free, but Decca never gave us the chance to do so…”
by David Wells 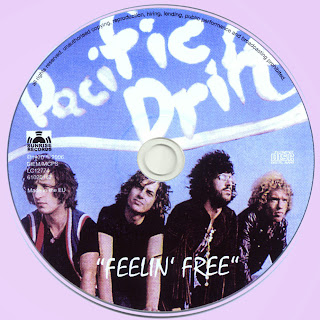 Free Text
Text Host
Posted by Marios at 7:27 AM 10 comments: