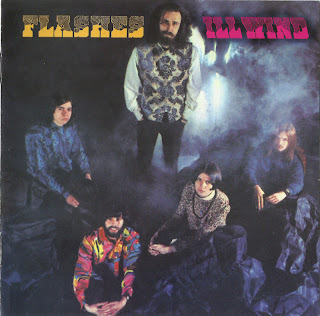 In the 1960s a new era of creativity began. The post-WWII values of the 1940s and 50s had begun to show cracks and a new generation, dissatisfied with rigid social boundaries, the Vietnam war and what they perceived as shallow materialism, created a new counter-culture. This change was ripe with opportunities for young musicians, allowing them the freedom to explore new, creative possibilities.

Ill Wind was a result of that perfect storm. The seeds of III Wind took root in 1965 at MIT in Cambridge, Massachusetts, when Ken Frankel, a biophysics graduate student, met Carey Mann, a math graduate student, and they decided to start a rock band. Multiinstrumentalist Ken, although only 23 at the time, had been playing professionally for 7 years, first in high school in L.A. (as lead guitarist in a successful rock band), and then at U.C. Berkeley on banjo, mandolin, and guitar.

Ken had played in bluegrass and oldtime bands in the San Francisco Bay Area with people such as Jerry Garcia, Robert Hunter, Richard Greene, Sandy Rothman and Rick Shubb, as well as lead guitar in a college rock band that played bars and fraternity parties. Carey Mann was also a young but experienced musician. In high school in Pennsylvania he'd played piano in a Dixieland band, and at MIT he won awards as the guitarist in the school's highly respected jazz band.

After wonderful experience  with Dick Weissman as a very hands-  on producer, the band  was shocked at Wilson's unexplained lack of focus in the studio. They were  inexperienced and wanted  a strong producer, but he  spent most of the time reading  the newspaper or talking on the  telephone. Following the hasty atmosphere of the recording, he excluded them from the mixing sessions, which were not done to the band's taste or satisfaction.

The band had a wonderful cover proposal by a local artist, but ABC insisted that they needed a cover photo in one week, because they wanted to release the album right away. ABC arranged for an uninspired studio photo, and then didn't release the album for six months. When the first run of 10,000 discs appeared in August 1968, there was a mistake in the pressing process, meaning that 'High Flying Bird' had a skip where an ending phrase repeated three times (this was corrected on a subsequent pressing of 2000 copies).

The photos on the back cover were accidentally printed so dark that you couldn't tell what they were, and ABC didn't print enough albums to meet demand, so many stores couldn't obtain them, despite putting in multiple orders.  Nonetheless, despite a lack of promotional activity or reviews, and the backlash caused by the 'Bosstown hype’, ‘Flashes’  was fairly well-received. Three singles were taken ('Walking and Singing' b/w 'High Flying Bird', 'Dark World' / b/w 'Walking and Singing  and / finally 'Dark World' b/w 'High "lying Bird'), though most copies were promos.

The album was played often on the radio, especially in New England, the band was paid well for performances, albeit in amounts that (in today's dollars) would shock contemporary musicians. Ill Wind performed with many well-known acts, including The Who, Fleetwood Mac, The Byrds, Moby Grape, Van Morrison, The Rascals, The Buckingnams and Mitch Ryder. They continued to gig regularly at The Boston Tea Party and started a free music-in the-park series in Cambridge.

They became important leaders of the New England rock scene, and were even recognized on the street. In mid-1968, III Wind was poised to take the next step (whatever that might have been), when Carey announced he was leaving. This was quite a blow, since he was one of the band's founders. They replaced him with bass player / vocalist Michael Walsh. At the same time, Ken put together a 4-track recording studio in the basement of one of the dormitories where the band was living, consisting of two cheap Sony 2-track reel-to-reel recorders with heads switched around, and some $10 Radio Shack stereo mixers.

The purpose was to make demos of new songs without having to pay for studio time, and perhaps regain control of the band's destiny from ABC records and Tom Wilson. In 1968, with Michael on bass and vocals, III Wind recorded 5 songs on this makeshift equipment ('the Wel Tesley Basement Recordings'), but no further record contract resulted. The band broke up following year, when Ken Frankel (who'd married the band's original singer, Judy Bradbury) moved to Marin County in Northern California, which his friend Jerry Garcia had convinced him was 'the place to be' for musicians.

In 1970 the band reformed with all original members except Ken, with Carey rejoining on lead guitar and organ in place of Ken, Conny on vocals, Richard on rhythm guitar, Dave on drums, Michael on bass, and Berred acting as road manager for larger venues. After a few months, Carey quit again and was eventually replaced by Walter Bjorkman. In this form the band carried on doing mostly covers for nearly a year. Richard left in 1971, to be replaced eventually with Bryant Thayer on piano.

In this configuration, with Conny and Dave as the only remaining members from the ABC album, and with Michael still on bass, the band probably played more performances than ever before, but finally dissolved for good in 1973. The surviving members of III Wind remain in touch with each other, and all but Ken still live in New England. He became a successful real estate entrepreneur in Northern California, and owned and ran a major music venue, The Cotati Cabaret, in the 1980s, when he also formed the classical group The Electric Guitar Quartet. Ken received his Ph.D in Psychology, and is currently undertaking psychology research. He continues to perform professionally in Marin County, California.

Carey Mann recorded an album with Dirty Johns Hot Dog Stand in 1970, and played in a variety of bands on the club circuit through 1975. He had always modified his instruments, but is most proud of completely rebuilding his Hammond organ into a different configuration, even adding semi synthesizer stops. After he quit playing music full-time, he developed a successful career in computer technology and still lives in Massachusetts, where ne continues to play rock professionally.

Conny Devanney owned and ran the well known booking agency CoCo (for 'Conny Company') for many years. She has never stopped singing professionally, and has been the lead singer with a Dixieland band and  in various bands doing jazz standards, including an 18-piece big band, and her own 7-piece band, with whom she still performs.

After the final version of III Wind broke up, David Kinsman played with John Lincoln Wright & The Sourmash Boys in 1974, but left the music business in 1975 and moved to Maine. There he raised a family and started the successful bicycle parts company Downeast Bicycle, which he ran for 20 years, before selling the company and retiring^ Richard (Zvonar) Griggs received his Ph.D. in composition and music technology in 1982, and worked extensively both as a musician and intermedia artist, before his death in 2005.

He created the III Wind website, www.lll-Wind.com, and was the driving force behind the creation of this CD. Michael Walsh continued to be involved in music for over 30 years, working mostly out of Boston, but also Nashville and California. He played with many notable performers, including Jonathan Edwards, Tom Rush, Livingston Taylor, Vassar Clements, James Montgomery, John Pousette-Dart, Andy Pratt, Robin Lane, Mark Spoelstra, Bill Stains and David Mallet. He currently lives in Vermont.

Judy (Bradbury) Frankel embarked on  a successful solo singing career after an amicable divorce from Ken in 1989. She was internationally known as a singer and collector of Jewish Sephardic music. Judy lived in San Francisco for 30 years prior to her death in 2008. To learn more, visit www.JudyFrankel.org.

Berred Ouellette became a successful recording engineer. He has worked on productions in England, France, Venezuela, and 49 of the 50 United States. He has toured with and / or recorded many famous performers, including Livingston Taylor, Tony Williams, Rahsaan Roland Kirk, Aerosmith, Buddy Guy & Junior Wells, The J. Geils Sana, JethroTull, The Beach Bovs, Linda Ronstadt, America and dozens of national jazz acts, and continues to do so. He currently lives in Massachusetts.
by Susan Nielsen, June 2009 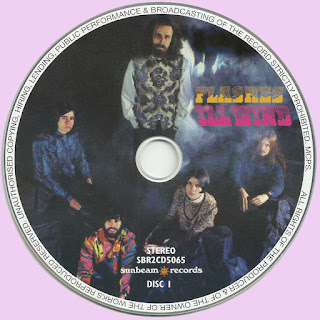 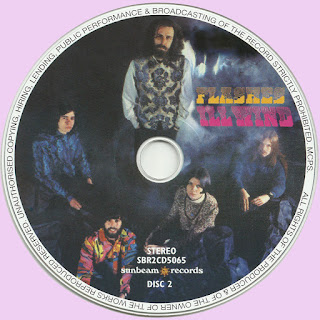 Free Text
Text Host
Posted by Marios at 9:25 AM 16 comments: This classy slice of  Northern Californian (Chico) rural psych was originally released in 1971 and makes its CD debut with this release. A winning combination of melodic pop and heavier jamming that will appeal to fans of the Grateful Dead and the Allman Bros., it features strong songs and memorable guitar interplay, but had the misfortune to appear just as its label was going under and thus undeservedly sank without trace. 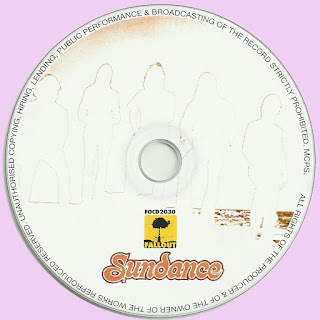