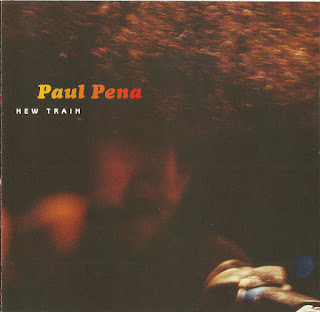 Paul Pena came from a Cape Verdean background and learned the Afro-Portuguese music of those islands, including morna. His musician father also sent him to Spain and Portugal to study flamenco. He began to get interested in blues, though. Because of the folk movement in the '60s, he managed to work his way up and sideways, and started to to play with T-Bone Walker and John Lee Hooker. He released a solo album on Capitol in 1972 which did fairly well critically, if not commercially. He moved to San Francisco and began opening gigs for the Grateful Dead. All the while, Pena was impressing many of the musicians with whom he came in contact. He began work on a second album in 1973, but mismanagement conspired to keep it from ever being released. Among the special guests on the album are Jerry Garcia, Merle Saunders, Ben Sidran, and The Persuasions.

Produced by Ben Sidran (Steve Miller, Mose Allison), New Train is being released after its sudden discovery among Pena's personal possessions. Among the songs on the album is the track "Jet Airliner" which was originally penned and sung by Pena and later was a hit for the Steve Miller Band in the 1970s. Performing on the album is the late Jerry Garcia who played the pedal steel guitar on "Venutian Lady" and "Taking Your Love Down." Merle Saunders played keyboards on "Venutian Lady" and "New Train" and R&B greats The Persuasions sang background vocals on "Gonna Move" and "Let's Move and Groove."

Pena, who was born blind and is currently suffering from a terminal illness, studied the piano, guitar, upright bass, violin, and "a little trumpet." Cutting his teeth in coffee houses in and around New England he was soon playing the Newport Folk Festival with such artists as James Taylor, Joni Mitchell, and Kris Kristofferson. As his career furthered, he began playing with B.B. King, Muddy Waters, John Lee Hooker, and Bonnie Raitt. He eventually decided to relocate to San Francisco, where he recorded and released an album on Capitol Records and began working with T-Bone Walker.

Raitt says of Pena, "I've loved Paul and his music since I used to open gigs for him in Worcester, MA thirty years ago. He was then as he is now, one of the most extraordinarily gifted singers, guitarists and songwriters I've ever heard. It was like finding my very own Jimi Hendrix - there's simply nothing he can't play well. Long deserving of wider recognition, I'm glad the film Genghis Blues exposed the rest of the world to his genius. But the real cause for celebration is the long overdue release of his extraordinary album - Paul is a treasure. One of the most unique and soulful artists you'll ever hear."

As the subject of the Academy Award nominated documentary Genghis Blues, Pena first heard Tuvan throat singing, a technique in which a singer produces two or three tones simultaneously, in 1984 and soon taught himself the difficult vocal techniques and language. After meeting performer Kongar-ol Ondar in 1993, Paul was invited to perform at the second international Khoomei Symposium and contest held in the capital - Kyzyl, Tuva and won the contest in the Kargyraa division as well as the "audience favorite" category.

In an article published in 1973 by The Times (MA), Pena is "reminiscent of a young Jimi Hendrix, a dramatic and stylized guitar player. His voice has a touch of pain, humor, and loneliness that is characteristic of a folk singer. Pena is his own master and this becomes readily apparent as he eases through his intense compositions. Pena is a musician's musician." Touching people wherever he goes, Pena was named "San Francisco's Tuvan Blues Ambassador" and July 11, 1999 was declared "Paul Pena Day" by the mayor.  Paul Pena passed away on October 4th 2005, due to complications of diabetes and pancreatitis.
by Julie Lichtenstein 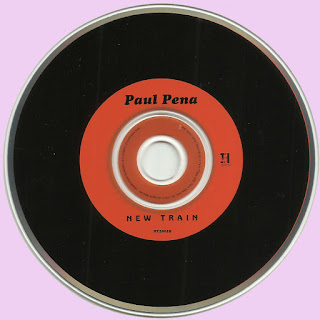 Free Text
the Free Text
Posted by Marios at 9:37 AM 8 comments: