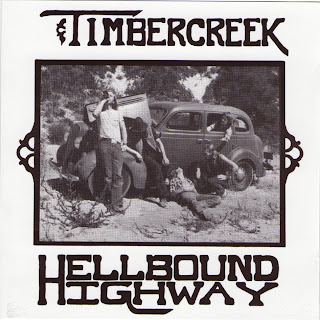 This Santa Cruz-based outfit formed in the mid-1970s, featuring Frank Gummersal, bassist Jon Hicks, drummer Carl Holland, Larry Ross, and pedal steel guitarist Doug Osburn. Looking like your standard early-1970s stoner band hey enjoyed some success on San Francisco's club circuit, even opening for nationally known outfits such as Kingfish and The Sons of Champlin. They also managed to score a contract with the small California-based Renegade label and released "Hellbound Highway"  in 1975, a rural rock album in the style of Dead meets the Eagles variety.

The opening title track has a beautiful psychy lead guitar hook and great melody throughout.This is mellow country rock with great steel guitars and the appropriate tuneful vocals,with the occasional fuzz guitar putting in a welcome appearance. Back in 1975, a bunch of dudes from Boulder Creek, California, found themselves in a recording studio and decided to make a rural rock album of a sort of Dead-meets-Eagles variety. The result, Hellbound Highway, an obscure private pressing made its appearance on Renegade Records the same year, but as only about 100 copies were pressed, very few have experienced the delights of this laidback recording.

Some of the songs are terrific, particularly the opener and title track, with its psychy lead guitar hook, a clever twist in the chorus and a great melody, and the side-closers are both outstanding. In between, we're treated to some mellow country rock of the Outlaws variety, with some excellent steel guitar and some highly appropriate and surprisingly tuneful vocals, and the occasional fuzz guitar putting in a welcome appearance." 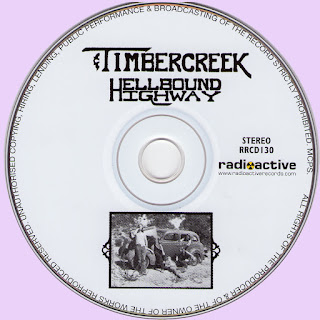