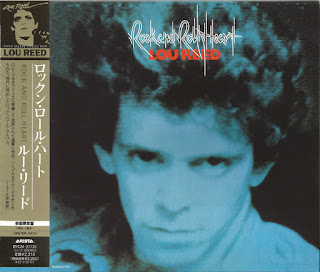 By the mid-'70s, Lou Reed had been through a lifetime of rock 'n' roll experiences in just a little more than a decade. From early-'60s session work to the Velvet Underground to the unexpected chart success in the early '70s with the solo hit "Walk On the Wild Side," Reed was never one to stay in limbo. He followed his hit Transformer album with the dark and haunting Berlin, the live album Rock and Roll Animal and the back-to-basics Sally Can't Dance.

His next move remains one of the most famous middle fingers in the history of music: the 1975 release of Metal Machine Music, a double album of guitar feedback and other noise effects. Was it a joke, a bold artistic statement, a contractual obligation or all of these? In early 1976, Reed told an interviewer, "I committed a number of blasphemous acts that I can back myself up on, only in saying that it got me the chance to make Metal Machine Music, and it gave me the power to make Coney Island Baby my way, from top to bottom. That's why I did Metal Machine Music. It was supposed to clear the air. Most people, even if you are into electronic music, aren't going to listen to that."

Reed was back on a more conventional path with Coney Island Baby in early 1976, and by October, he returned with the self-produced Rock and Roll Heart, his seventh solo album. It's another of Reed's more conventional records, opening with the soul-injected "I Believe in Love," which surges along with R&B horns. Its refrain of "Good time music, good time rock 'n' roll" is a 180-degree turn from the barrage of noise found on Metal Machine Music.

Reed sticks to traditional music here: "Banging on My Drum" is a straightforward rocker, "Follow the Leader" is funky and "You Wear It So Well" is a soulful ballad. On "Ladies Pay," he even sounds like he's imitating Patti Smith imitating Lou Reed.

There's much use of horns on Rock and Roll Heart, bearing the influence of early rock 'n' roll and jazz that often hangs out in Reed's work. The closing "Temporary Thing," one of the album's best tracks, creates a tension that never breaks over five intense minutes as it borrows from the Velvets, jazz and soul music. "Rock 'n' Roll Heart" didn't get much love. But give it a chance. It's a fresh and intriguing listen, hardly the throwaway its critics claim.
by Dave Swanson, October 28, 2016 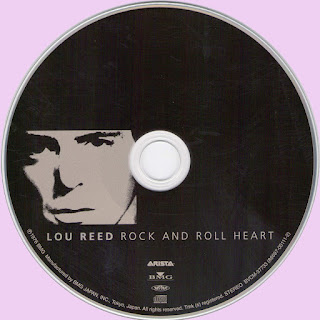