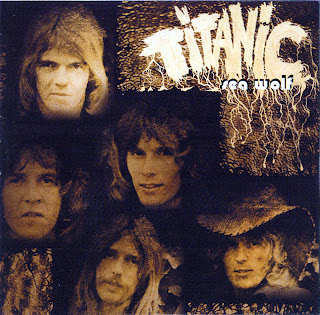 One of the best Norwegian bands was Titanic from the capital city Oslo. They enjoyed an encouraging response when they first sailed over the horizon in 1971. Yet they'd had to fight hard to establish a reputation. This wasn't necessarily due to their hailing from a small country. Admittedly, Norway far failed to make much of an impression on the pop scene. But rock'n'roll fans were not bothered about national boundaries.

If you were good, you were accepted, and it didn't matter where you came from. The problem was the age-old one - of getting the right amount of exposure and promotion. Titanic had to gain recognition beyond their own borders if they were to become an economic success. They needed to convince the rest of the world that they could compete, both in terms of their music and their image. Fortunately, they had some lucky breaks to help them on their way.

The five-piece was originally formed in 1969 and they rehearsed hard, wrote some good tunes, and so Titanic eventually became one of the first Norwegian bands to enjoy hit records in both England and Germany. They also recruited English lead singer, Roy Robinson, who helped give their music an international appeal. Roy wrote most of the lyrics which he sang in English, on a succession of fine albums and singles.

This is timely re-issue of their classic 1971 album ‘Sea Wolf’. The sea wolves were the Vikings who once sailed the seas in search of plunder – and such legends certainly provided inspiration for the boys from Oslo.

‘Sea Wolf’ is the opening cut and is followed by a further nine self-written items which show that Titanic was one of the hottest groups of the early 1970s. Watch out for the bonus track ‘Sing Fool Sing.’ The CD also includes the smash hit ‘Sultana’ (UK No. 5). 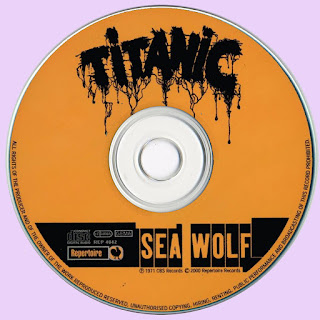