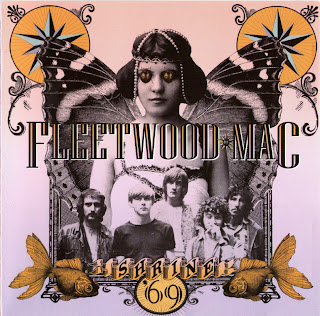 Prior to becoming a pop sensation, Fleetwood Mac was a powerhouse blues act that was fueled by the guitar wizardry of Peter Green. He had met band leader Mick Fleetwood several years earlier in a group called Peter B's, which Green had joined at the age of 19. Shortly thereafter, he replaced Eric Clapton in John Mayall's Bluesbreakers, where he met Fleetwood Mac's future bassist John McVie.

After leaving Fleetwood Mac in 1970, Green suffered a mental collapse, and only sporadically has returned to recording and performing. His most recent project Splinter Group finds him rediscovering the vibrant electric blues that he helped to pioneer in the '60s -- most notably with Fleetwood Mac. This, along with Fleetwood Mac's recent induction into the Rock and Roll Hall of Fame certainly have helped him to rebuild his image and recapture his legacy.

For those who yearn for the Fleetwood Mac of old and for those who have yet to experience the magic inherent in Green's guitar playing, Rykodisc has delved deep into the archives to produce an officially sanctioned live recording of the band titled Shrine '69. The performance was captured by the group's soundman Stuart "Dinky" Dawson at Los Angeles' Shrine Exposition Hall, and this disc shows why Fleetwood Mac was regarded as one of the finest white blues bands of the 1960s.

Green's guitar playing shines throughout Shrine '69, most notably on a cover of B.B. King's Need Your Love So Bad and his own composition Rolling Man. He flooded the former tune with emotion, while paying homage to one of his earliest influences. On the latter, Green attacked the song with a biting lead while the band churned out a spirited groove that was reminiscent of some of the music that John Mayall was creating at the time. Considering that he was only 22 years old at the time of this recording, both his playing and singing convey a supernatural essence.

Clapton fans would do well to give Shrine '69 a listen, too — not just for the guitar playing but also for the vocals. Over the past decade, Clapton has really come into his own as a blues singer, and his vocal style is undeniably similar to that of Green. Just examine the versions of Before the Beginning and Need Your Love So Bad from this disc for proof.

Despite all this, Green isn't allowed to fully steal the show as Jeremy Spencer turned in a few noteworthy performances of his own. His slide guitar fueled the free-flowing rhythm of My Baby Sweet, and he pounded out piano chords and sang furiously to turn Jerry Lee Lewis' Great Balls of Fire into a raging inferno. 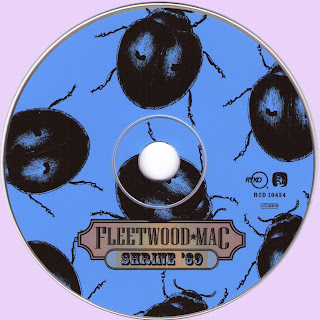 Free Text
Text Host
Posted by Marios at 7:58 AM 10 comments: