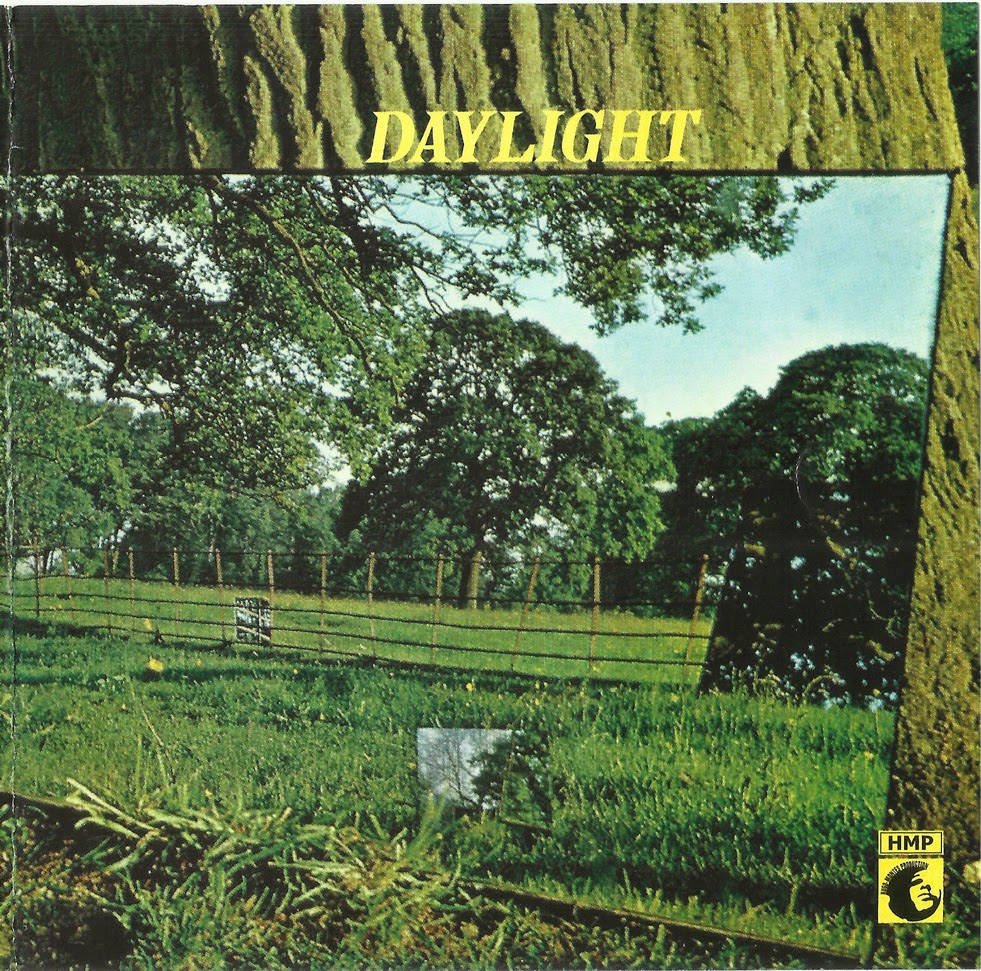 Daylight formed in Cornwall from Mike Silver, Steve Hatton and Chrissy Quaye but they would soon relocate to a London, finding themselves a flat on Ealing Broadway.The trio were very nearly homeless however when they fell victim of an unscrupulous con artists who had also promised the flat to somebody else, who arrived unannounced expecting to also move in. Thankfully they had got there first and remained in situ. With the landlord having done a bunk they also enjoyed the delights on rent free living for a while.

The three piece of Steve, Chrissy and Mike began writing and rehearsing songs and putting together what would eventually become the Daylight LP. Tim Sharman had been managing Daddy Longlegs and just returned to England after a year off in France after the break up of the band. On his return to the UK the band had worked up a number of songs and Steve invited Tim around to their new flat in Earl’s Court to hear some of the songs. Tim was impressed enough with the band to take them managerial duties for the band and began to hustle for gigs and a record deal.

The band were passionate and serious about what they were doing, so understandably had some slight concerns over who they would work and how much control they would be allowed. After recording a demo tape a deal was secured with RCA and with sufficient material ready a producer was sourced in the form of Tony Cox. Tony had previously worked Family, Caravan, Fotheringay and Tir Na Nog, so had excellent folk rock credentials. Recording sessions were lined up in Sound Techniques in Chelsea. Sound Techniques was an old converted dairy farm just off the King’s Road and had already recorded folk rock royalty such as Nick Drake, Fairport Convention, Incredible String Band and Pentangle, amongst many others, so was an obvious choice.

The three piece unit of Daylight require further instrumentation to bolster their sound on both record and in a live setting, so Spike Heatley and Tony Carr were brought in to the band. Spike was a well renowned jazz bassist who was an in demand session musician, as well as having played with Alexis Korner's Blues Incorporated and Tom Paxton. Tony had a similar background to Spike, having played in sessions as well as being a part of the CCS collective as well as playing on a world tour with Donovan. Both Spike and Tony were rooted in Jazz and at the time were looking to join bands rather than just undertaking session work. Spike and Tony either came to the attention of the band through Tony Cox’s contacts with session musicians or through Tim Sharman’s contacts in the jazz business, where both musicians regularly played.

The core of the band was the original three piece, with Spike and Tony bolstering the sound for studio and live work. Lyn Dobs (ex Soft Machine and Keef Hartley Band) was also brought in to provide flute on the opening track. Producer Tony Cox also contributed to the album, playing piano on ‘King of Trees’

Mike Silver was the main songwriter in the band and wrote the bulk of the material on the LP, much of which was written prior to forming the band. Chrissy would also provide the beautiful “How It Feels To Fall”, on which she also played guitar. It was a democratic process with each band member bringing their own songs, to be selected by goup agreement. The LP featured many influences ranging from folk, rock, Latin and was beautifully recorded with a Mike and Chrissy’s vocals blending well together. Steve would contribute two songs, Yes and Never Say Never as well as the funky Carry Me, which was a joint composition with Mike.

Overall the album had a great laid back feel, at times delicate, funky and folky. It clearly wasn’t rock enough to be folk rock, but was also too rocky to be classed as folk, something which perhaps didn’t help in finding a market. Long drum solos were becoming de rigour in rock at the time, but the one on Troubled Times sounds somewhat out of sorts with the rest of the album. Being a jazz man Tony Carr wanted to include a solo on the album and it cause some friction mostly with usually laid back Steve Hayton who didn't want it included. Some of the others in the band liked it, seeing it as an unexpected departure from the style of the rest of the LP.

Tony had a wild temper and as the argument with Steve go more heated pinned him up against the wall. Everybody was shocked by the outcome, but Tony's temper was also quick to relent and soon everything was back to normal. The drum solo was kept it, but it was clear to all that even Tony didn't know quite where he was going with it and an edit can be heard just before the band comes back in.

While Spike was very laid back and professional, offering some good suggestions on how to work up the material, Tony could often been found trying to drive the project, despite not being an official member of the group.

Released around October of 1971 (RCA SF8194) The LP came housed in a foldout gatefold sleeve, designed by fashionable designers Hypgnosis. The sleeve itself found the designers, along with Chrissy, in a field with numerous mirrors that had been hired from Harrod's department store. A day which Chrissy remembers as being a complete nightmare!

The LP was well received, but did not set the world alight. Record Mirror commented that “Some of the guitar is very good, but the vocals don’t seem to blend with the music very well. Certainly not a fantastic album”. However Sounds were more complementary said the band were “Possibly the best anonymous band in Britain at the moment” and that “you should make an effort to her this new band”.

The band wouldn’t continue for a while through 1971, but without the support of the record label and the lucky break they became fed up and called it a day, after being active for less than two years. Chrissy and Steve were in a relationship, and while this didn't impact on the demise of the band the pair drifted off doing their own thing.
Kernow-Beat 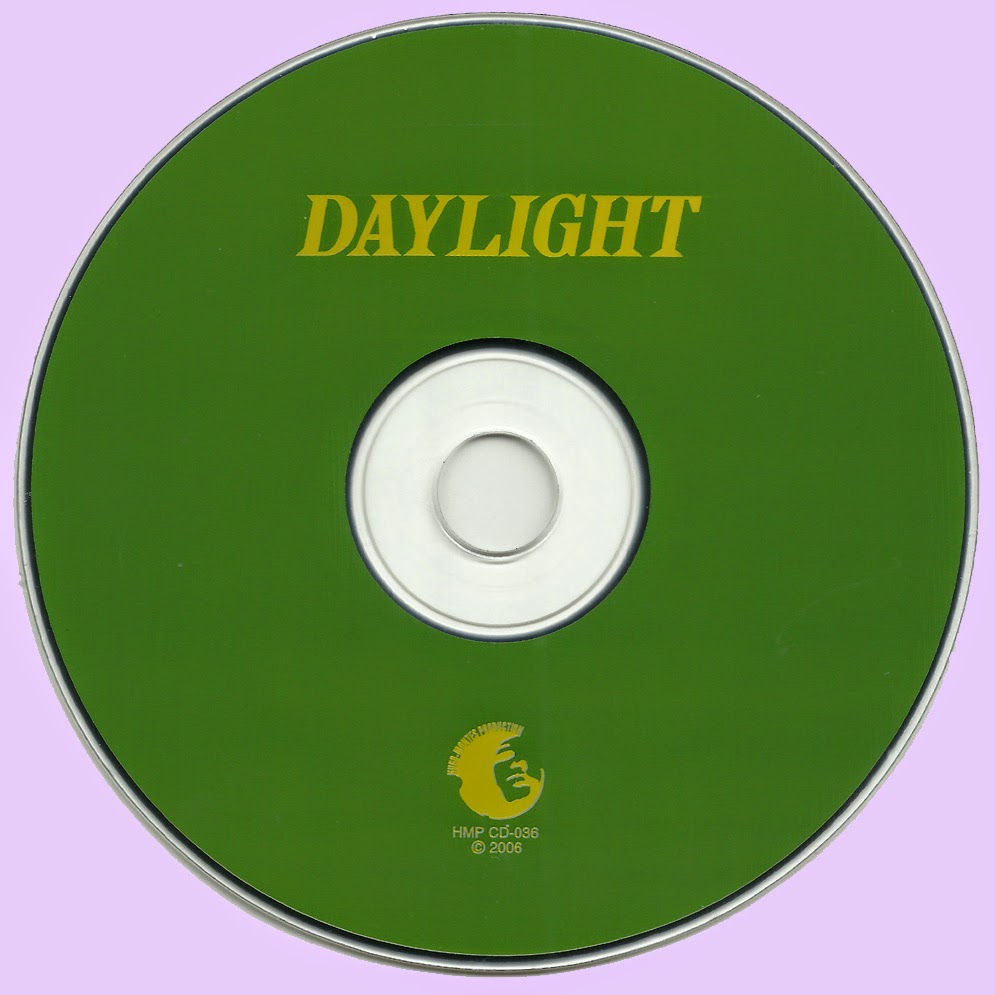 Free Text
Just Paste
Posted by Marios at 6:01 AM 6 comments: