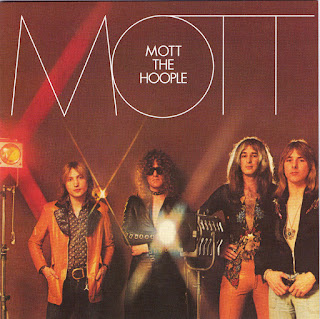 All the Young Dudes actually brought Mott the Hoople success, but you wouldn't know that from its sequel, Mott.  Ian Hunter's songs are a set of road tales fraught with exhaustion, disillusionment, and dashed dreams, all told with a wry sense of humor so evident on Mott's earlier work. This is no ordinary road album where a band whines about the perils of traveling -- it's more of a wry commentary on rock 'n' roll itself, which, as Hunter notes, is a loser's game. Mott doesn't sound that way, though -- it's as winning and infectious as rock 'n' roll gets.

Even with the undercurrents of ironic despair and restrained hostility, this is a fun record (partially because of that despair and hostility, of course). This sounds better, looser, than All the Young Dudes, as the band jives through All the Way from Memphis and Honaloochie Boogie, beats the living hell outta Violence, swaggers on Whizz Kid, and simply drives it home on Drivin' Sister.

Apart from the New York Dolls (who, after all, were in a league of their own), glam never sounds as rock as it does here. To top it all off, Hunter writes the best lament for rock ever with Ballad of Mott the Hoople, a song that conveys just how heartbreaking rock & roll is for the average band. If that wasn't enough, he trumps that song with the closer I Wish I Was Your Mother, a peerless breakup song that still surprises, even after it's familiar. It's a graceful, unexpected way to close a record that stands as one of the best of its era.
by Stephen Thomas Erlewine 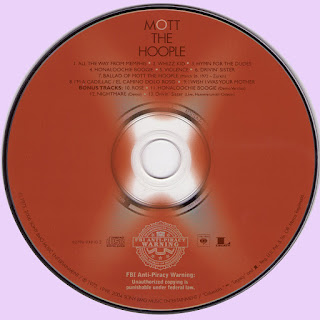