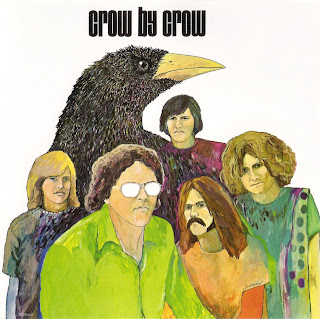 With an album and a hit single both selling well, the band changed its base of operations temporarily, moving part and parcel to Chicago in the summer of 1969. There the guys accepted every job they could find. Monaco and Brantseg soon obliged the five by sending them on a major concert circuit to plug their released material. The band headlined the fourth annual Denver Teenage Fair ("Pop Expo '69"), a major outdoor festival in Olympia, Washington called Sky River, and hit a certain peak for itself by appearing in concert with Janis Joplin in November. Spirits ran high and national fame seemed assured.

Crow continued to soar throughout 1970, a year in which the band grossed in excess of $200,000- a far cry from the $3000 a man it made in its days as South 40. By May 1970, their second album Crow by Crow (Amaret ST 5006) had been released and included superb songs, particularly "Cottage Cheese," which included some of the old interplay between bass and drums the group had found so successful in the past. "Slow Down," and "Gone Gone Gone" were also included which were a couple of old tunes penned by Larry Williams and the Everly Brothers, respectively. We were told the second album basically paid for itself, but not much more than that," said Larry, "Traut and Golden put up all the money for the records, putting themselves on the hook. Once they got that back, they were supposed to give us what was left over. Funny-there never seemed to be anything left over. I don't know how much money was ever made or lost, to this day. Maybe they didn't recoup their money. I highly doubt it though, with sales in excess of a million-and-a-half records on both 45s and albums."

Following the success of "Evil Woman," two singles were released in 1970: "Cottage Cheese" and "Don't Try To Lay No Boogie Woogie On The King OF Rock And Roll," both of which managed to get no higher than the 50s on Billboard's magic monitor of single hits (#56 and #52 respectively). By the dawn of 1971, things had changed for Crow. The singles were still coming out, but they weren't making the charts, despite the release of their third album Mosaic (Amaret ST 5009) which included some interesting material. It contained the group's recent single, "King Of Rock And Roll," another old rock & roll number as well as "Easy Street," a jazz flavored song, and "I Need Love" which featured Middlemist and L. Wiegand's weird vocal harmonies, in a call and response format.

Between late 1969 and early 1971, the list of performers that Crow either opened for, or actually headlined with, read like a who's who list of rock stars of the day. Crow shared the bill with Blood, Sweat & Tears, Jefferson Airplane, Three Dog Night, Steve Miller Band, Bo Diddley, Steppenwolf, Eric Burdon & War, Janis Joplin (three separate times) and Iron Butterfly to name a few. They also played at some of the most prestigious clubs and concert halls around, including the Whisky A Go Go in Los Angeles, both Fillmore's East and West, Ungano's, et al.
The Crow 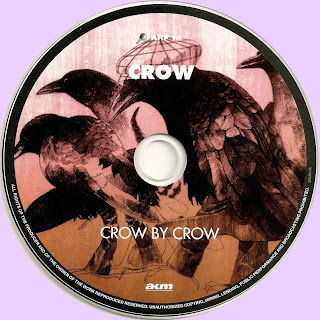