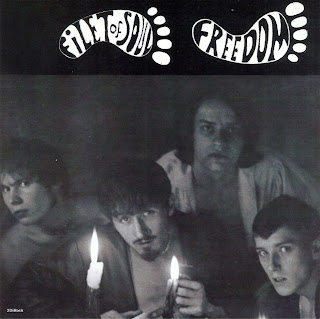 The Filet of Soul Story When Mike started his band, they were known in those early days as Attila and the Huns. "While still in High School, we played in dance halls, bars, school dances and the standard band circuit". The Huns managed to make a steady and somewhat lucrative living.

One year later, the band, put up their own money and produced their first single recording. Recorded on the SARA record label, "Cheryl"(written for a friend who was killed in a car crash), backed with "The Lonely Huns" 45s sold about 20.000 copies locally in the Central Wisconsin area during the bands live performances. A win in a Battle of Bands contest sent the Huns on the way to a national road tour, where the Huns met a Chicago/Milwaukee record producer Lenny LaCour.

Lenny convinced the Huns to change their name and sign his record contract for 4, 45s and an LP recorded at Chicago's Chess Studios. The new Filet of Soul as the band became known, was about to embark on a two year National road tour and many more adventures which would cover a 20 year slice of time together. During this time they also traveled to the continent of Greenland for a U.S.O. show, where they met and performed for the U.S. and Danish Air forces and Prince Phillip of Wales.

Returning home they spent nine and a half months performing in the Chicago Playboy Club where they rubbed elbows with and got to know some of the biggest names in show biz. Greats like: Sammy Davis Jr., Mick Jagger, Sony & Cher, Jimmy Durrante, Shelly Berman. Jimmy Rodgers, Kenny Rogers. Buddy Ebsen. Gabe Kaplan. Myron Cohen, Jerry Van Dyke, The Shadows of Knight and the list goes on and on. Michael and his band recorded two albums (One at Chess Studios in Chicago) and eleven 45's a few of which have become collector's items. "Freedom1 was different from a lot of era albums in that it showcased a largely original set of material.

Mostly penned by member Mike Peace, the album showcased an interesting mix of blue-eyed soul ("Treat Her Right"), top-40 pop ("Here's Where I Get Off") and tougher rock material ("Come To Me"). As lead singer Peace had a great voice that was more than capable of handling the band's diverse repertoire. It was all performed with the kind of naive enthusiasm that more than compensated for whatever performance short comings the band had and for the somewhat low-fi sound and production.

Interestingly virtually every one of the twelve songs had commercial potential, but these guys were at their best when playing straight ahead rock - the wah-wah guitar propelled title track, "Big City USA", the fuzz -driven 'Standing At the Wrong Machine" and the raging garage screamer "Stepping Into Your Fire".

There was also a nice cover of the Zombies' "Tell Her No". Certainly not the most original album you've ever heard, but thoroughly charming and one that I continually spin. The b & w cover is due to a color sleeve being beyond the band's means, after purchasing the rights to the album from Chess. who chose not to release it.
by Mike Peace, October 2011 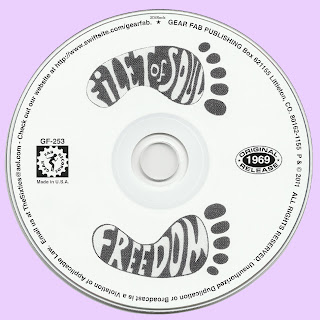 Free Text
Just Paste
Posted by Marios at 10:51 AM 4 comments: