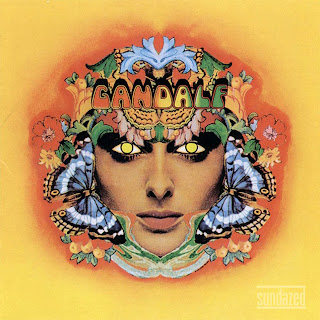 There are two general truths I hold to be self-evident. The first: there is no good reason why anyone should start a cover band, unless they need to support themselves by playing weddings, jazz brunches, or Bar Mitzvahs. Something that is already really good doesn’t need to be redone. The second: New Jersey is the armpit of America, and other than a few notable exceptions (The Boss, Palmolive, Princeton University), nothing all that smashing has ever come out of it. Surely there are those of you who will disagree. But even before Bruce Springsteen recognized Jersey pride as a kind of counterintuitive selling point, four teenagers from suburban Tenefly somehow managed to topple both of these "truths" in one fell swoop.

Gandalf, also known as The Rahgoos, were one of those garage line-ups that first saw the light of day in a high school detention hall, when guitarist Peter Sando met bassist Bob Muller in 1958. Though it's hard to imagine there being much of a market for a high school cover band over in the big city next door, New York has always been one of those places where just about anyone can find a home. For The Rahgoos, that home was the Night Owl, a cramped storefront-turned-mythic-rock-cafe where the likes of John Sebastian and his Lovin’ Spoonful and The Blues Magoos packed in to watch acoustic sets by James Taylor and The Flying Machine. The ragtag Night Owl family, including owner Joe Marra, toothless doorman “Jack the Rat,” Pepe the openly gay cook, and Annie, the four-letter-word-slinging head waitress, realized early on that The Rahgoos were much more than what they appeared to be on paper. Before long, the band linked up with Spoonful producers Charlie Koppelman and Don Rubin to sign a record deal with Capitol.

Though The Rahgoos dissolved before their record was ever released, what they left behind is probably one of the most visionary cover albums in the history of pop. Not “visionary” in the sense of re-invention (Easy Star All-Stars’ “Dub Side of the Moon” and “Radiodread” coming to mind), but “visionary” in the sense of re-investment, as though these songs -- songs we’ve already heard a hundred times before -- had suddenly become re-possessed by the ghosts of their true authors. The band changed their name to Gandalf and the Wizards in 1967; this moniker, discovered by drummer Davey Bauer while flipping through Tolkien’s The Hobbit between sets, gives us some idea of the fresh alpine air they would breathe into pop vocal standards like "Nature Boy," "Golden Earrings," and "Scarlet Ribbons".

Whenever I play Gandalf for friends, I like to ask them what color they see. Even if they haven’t seen the album’s orange sleeve, they almost invariably cite a color ranging between red and burnished gold. Gandalf is one of those albums that has an almost synesthetic effect on its listeners, filling every room which it's played with a kind of heavy, perfumed fog. Peter Sando’s wind-kissed, reverb-dripping tenor is perhaps most responsible for this effect. As though his psychic identification with these old love ballads were too strong to be confined within the songs themselves, Sando swoops up from under each melody and wrestles it into the air, blasting the chorus of “Golden Earrings” on track one into a wingspan over an autumnal mountain range.

Perhaps you have already guessed it: Gandalf is one sexy record. Fuzz guitar, Hammond B3, electric sitar, vibraphone, and chunky, equally reverb-saturated bass ground Sando’s voice in a kind of clipped, baroque accompaniment, voluptuous in its restraint. Spaciousness is definitely the defining feeling of the album, but all of its elements seem to be hanging on a single, taught string. Which is what makes Gandalf’s music all the more debilitating when that string finally breaks, and a song that started off as a whispered fairy-tale (“Nature Boy,” sung by Nat and Natalie King Cole in their day) gives way to a drum fill and a guitar howl.

While it may come as a bit of a surprise, not all of the songs on Gandalf are covers. The lovely “Can You Travel in the Dark Alone" and “I Watch the Moon,” the opener and closer of the second side, were penned by Peter Sando himself. I mention this as a closing note, but it shouldn't be taken as a fact that somehow “redeems” the record in terms of authorship and originality. Even without these two songs, Gandalf is about as genuine as an album can get -- its sound so distinctive and unified that it's hard to tell (or care) who wrote what. Sando and his buddies from Tenefly High School did more than just recast a bunch of old yarns within the psychedelic era; they made them theirs.
by Emilie Friedlander 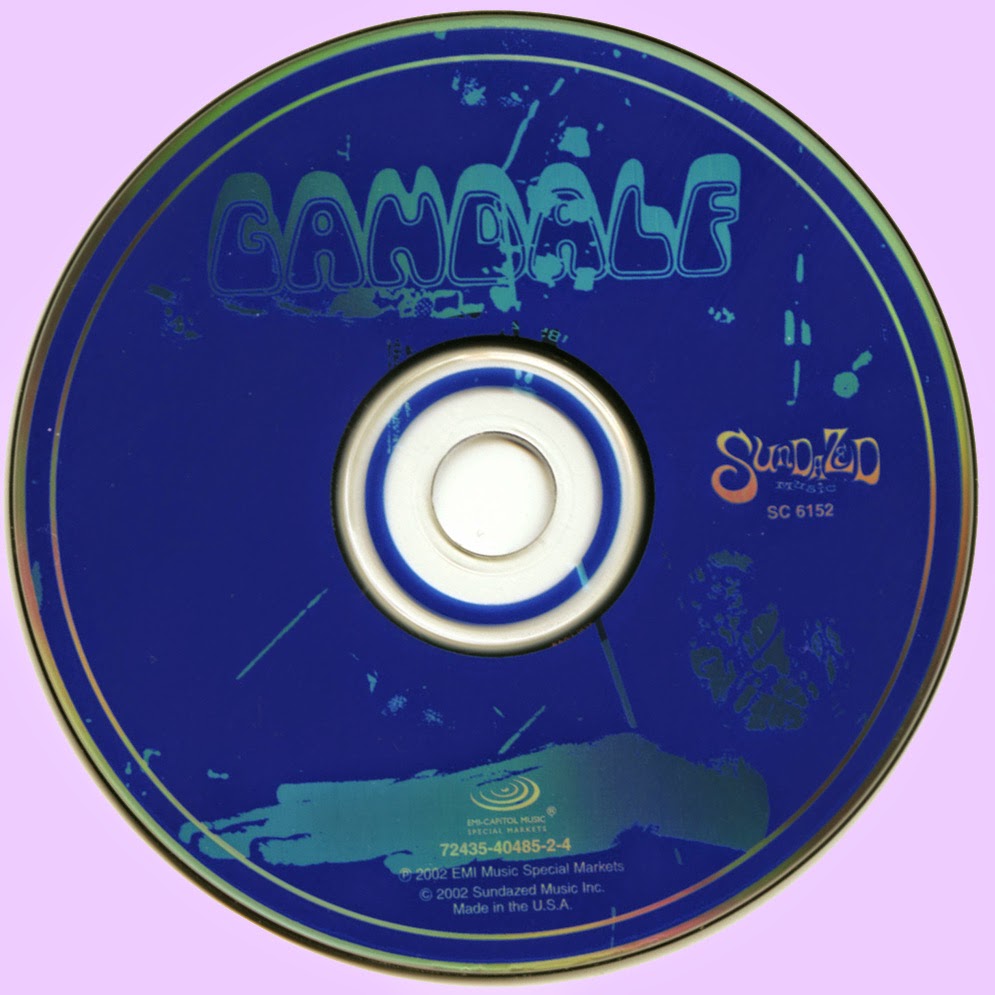