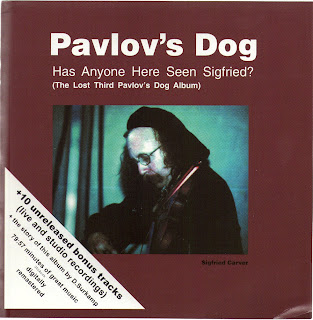 David and the "Great Lost Pavlov's Dog" album. So that is what you want to hear about, huh? Okay. I suppose it is worth a shot. Those were heady days, and more than a little depressing for your erstwhile poet find singer.

Pavlov's Dog had been touring in support of "The Sound of the Bell," bringing its melodic romanticism to some of the strangest venue's your narrator could have imagined in his youth. Yet living it! Concert dates with Nektar, Slade, Kraftwerk, Blue Oyster Cult, Journey, ELO, Thin Lizzy, Peter Frampton , ad nausea I left the band tired, restless and completely discontent.

The rhythm section had been salvaged, with Kirk Sarkesian more than capably handling the drum chores in the wake of Mike Safron and Bill Bruford's exits. David Hamilton was handling the piano in the studio, with Tom Nickeson holding it down on tour, in addition to his vocals and guitar duties.

Me, I was just plain unhappy, with the record company, management and agencies all pushing for a "HIT." Now lets be a trifle honest here, shall we? I write love songs, this is not the Brill Building. Major Plan Concocted!! Bring in new producers (Krugman and Perlman help meeeeeee!!!!!!), the band decides they ate songwriters (even the roadies), and EVERYBODY wants to sing! Did I want to vomit-you betcha!

So the powers that be want David to deliver the "pop" songs, ouch. Douglas and I came up with "Painted Ladies" and "Trafalgar" in minutes, not our best work that. "Falling In Love" and "Jenny" were tossed out, spent seconds of pleasure on that pair. "Only You," "I Love You Still" and "Suicide," squarely where my heart was.

The recording began in St.Louis at Technosonic Studios, not far from both my boyhood and present homes. Mark Spector $ John Jansen co-producing this awful mess. I came equipped with my bulldog Charlie & and Telecaster guitar each day, and amid wrestling bouts with Mark (yes...really), managed to get the basic tracks recorded with the band spinning out of control. Overduba were not pretty....Steve Scorfina is singing "It All For You," a song he had from his REO Speedwagon days, and Tom came up with a quick instrumental exit for the album, "While You Were Out."

I'm singing the Jefferson Airplanes' "Today," (is this somebody's idea of the "HIT" ?), and hating my every waking moment. Time to ditch this scene, David & Douglas escape to New York with the master tapes! Bring in the ringers! Jeff Baxter takes a masterful turn on the guitar solo on "Painted Ladies," thanks Jeff! Jeff & Elliot Rahdall compose some melodic harmony guitars for "Falling In Love," "Jenny" and elsewhere, Jim Maelen contributed some terrific percussion & smoothing quite a few bad patches.

That's Elliott on the solo in "Falling In Love," he said he really liked the song & I didn't. O well In any case, the gothic intrigue of "Only You" still holds measure with me today (I love Scorfina's tragic pathos in the solo), as does "Suicide." Is that where the unfortunate rumours of my untimely demise stem? I still perform Love You Stiff," from time to time, I enjoy the way my voice sounds! Also, "Only You," occasionally. It still maintains the potential' & penchant' for a heartbreak... So It Goes
by David 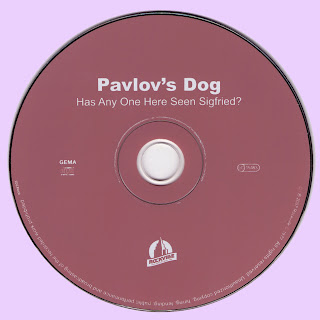 Free Text
Just Paste
Posted by Marios at 8:47 AM 7 comments: