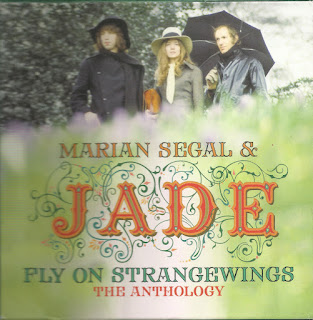 Every autumn, when the nights start to get longer, the air begins to cool and all of the leaves start to change colors, I get an insatiable craving for folk music, but specifically English and psychedelic/acid folk and folk rock.

I’m not entirely sure why I prefer this particular sound at this time of year, but I think it has to do with these records often having a sort of chilly and rustic quality to them, which I immediately associate with the harvest, strolls through damp forests of yellow and orange under darkly overcast skies and vacant, leaf-strewn cemeteries. (A bit vague, I admit, but hopefully you know what I mean.)

The usual go-to albums that fit the bill for me include the likes of: First Utterance by Comus, The Hangman’s Beautiful Daughter by The Incredible String Band, the first four or five Pentangle and Fairport Convention records and of course the enigmatic work of Vashti Bunyan and Nick Drake. However, there are several artists and albums that I revisit each autumn that have sadly gone a little under the radar but still deserve just as much praise as some of their better-known contemporaries.

To help share my love of these lesser-known folk albums and to celebrate the season (the best time of year, in my opinion) I’m going to review a personal favorite of mine once per week until late November. I want to go all through the fall and we all know that winter doesn’t officially start until around December 21st, but let’s face it, by Thanksgiving, we’re so buried in Christmas music, decorations and much colder weather, it really doesn’t feel like autumn anymore.

Seeing that it’s still September, why not start with a band that recorded a track called “September Song”?

Fly On Strangewings by Jade (or ‘Marianne Segal and Silver Jade,’ as they were known in the US) is a unique yet successful hybridization of the traditional English folk rock style with the more polished American folk-pop sound. Imagine if Sandy Denny-era Strawbs recorded with the likes of Judy Collins or John Phillips.

Released in 1970, Fly on Strangewings is surprisingly accessible, even for its time, despite its eclectic instrumentation, which includes electric violin and generous amounts of harpsichord. The songs are all generally catchy and focus greatly on melody while mainly being constructed around piano and acoustic guitar parts, sounding similar to Unhalfbricking-era Fairport Convention.

The strongest moments of the album happen when the group leans the furthest into their English folk roots, like the galloping, Fotheringay-like “Mrs. Adams” and the dreamy, harvest imagery-laden opening track, “Amongst Anemones.” Another major highlight is the hazy, almost Jefferson Airplane-like “Reflections on a Harbour Wall,” with its phased, acidic electric guitar lines. These stand out moments also all share a sharp, driving rhythm, which makes sense, seeing that they all feature Pentangle’s Terry Cox behind the drum kit.

The one complaint that I have is that sometimes the orchestrations sound a little corny. Perhaps I’m spoiled by the superb Joe Boyd productions that came out around the same time, but I feel like the few songs on this record that feature orchestrations could have benefited from being arranged by the likes of Robert Kirby. That’s just my personal preference and I’m really nitpicking, because it really doesn’t detract that much from the album.

While this is the only record officially credited to Jade, some reissues feature bonus tracks made by Marianne Segal prior to and after Strangewings. The best of this other material include the previously mentioned “September Song” as well as an excellent cover of “Carolina in My Mind.” However, as of only a few weeks ago, a 3CD set called Fly on Strangewings: Anthology was released with tons of unreleased rehearsal and demo recordings as well as other songs by Segal as a solo artist as well as a duo with fellow Jade-member, Dave Waite. I have yet to hear this set since it just came out, but I imagine that it would be worth seeking out.
Talk about good timing!

If I could give a copy of this album to every person that liked Fairport, Roy Harper or Marianne Faithfull, then I’d do it in a heartbeat.
by Keith Hadad, September 22, 2017 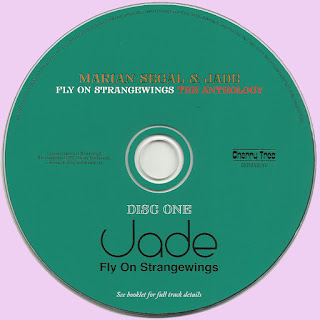 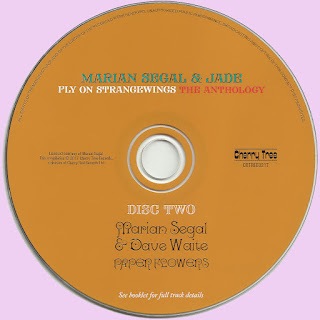 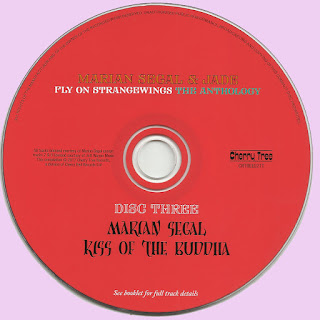