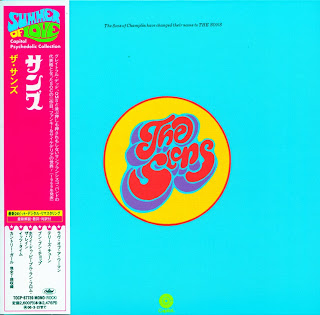 The Sons of Champlin's sprawling, double-LP debut album, Loosen Up Naturally, had its launch marred by the discovery of an obscenity in the cover art that resulted in a mass recall and ruined its commercial chances.

They were also beset by internal strife, and when the time came to release their second album only six months later, they chose to de-emphasize the primacy of lead singer and main songwriter Bill Champlin by shortening their name to "the Sons" and also giving that name to the record. But their music remained essentially the same, a mixture of Champlin's thoughtful lyrics and gritty singing with Terry Haggerty's inventive lead guitar work and the two-man horn section of Tim Caine and Geoffrey Palmer.

As usual, there was almost too much going on in the arrangements, which gave the songs touches of folk, rock, jazz, and psychedelia, often in the same song, as a couple of the tunes extended beyond ten minutes in length, changing tempo and feel in mid-flight. Clearly, this was a band that was accustomed to using its songs as frameworks for free playing in concert, but the bandmembers still hadn't quite figured out how that worked in the studio, and their arguments about musical direction could be heard in the music itself.

Champlin remained the strongest presence in the band, but his songs (all of which were credited to the Sons communally) took a backseat to the group that was playing them any way it wanted to. The results could be exhilarating, if in a somewhat anarchic way.
by William Ruhlmann 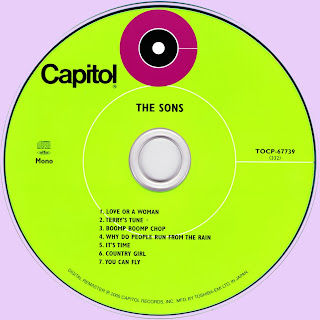 1969  The Sons Of Champlin - Loosen Up Naturally

Free Text
Text Host
Posted by Marios at 6:20 AM 5 comments: