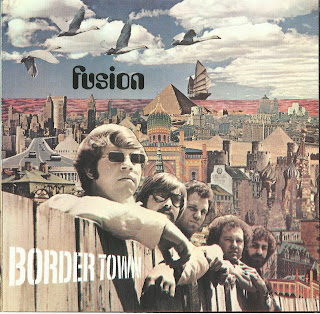 Bassist Gary Marker had been a member of The Rising Songs (along with  Cooder and Taj Mahal), worked extensively with Captain Beefheart and the Magic Band, and together with guitarist Bill Wolff had been a member of The Sound Machine.  Wolff had also been a late inning member of The Peanut Butter Conspiracy.  Together with guitarist Cooder, brass and woodwind player Harvey Lane, singer/multi-instrumentalist Rick Luther, bassist Gary Marker, and drummer Richard Matzkin they had all been in a short-lived L.A.-based outfit called The Jazz Folk.

With the outfit quickly collapsing Lane, Luther, and Marker recruiting guitarist Randy California, drummer Ed Cassidy, and bassist John Locke for The New World Jazz Company.  California, Cassidy, and Locke quickly went off on their own forming Spirit.  Lane, Luther, and Marker then formed Fusion, recruiting guitarist Bill Wolff and drummer Kevin Kelly.  Kelly quickly left to join The Byrds.  Matzkin was then brought back in as drummer.

Produced by Merker (who also co-wrote nine of the ten racks with Luther), 1969's "Fusion" powered by Luther's gravelly voice and Cooder's distinctive slide (he played on seven tracks), material like 'Goin' Up To Clarksdale', 'Somebody's Callin' My Name' and 'Another Man' found the band pushing a unique mixture of blues and early Americana roots rock.  Due in large measure to Cooder's slide (check out the opener 'Struttin' Down Main Street'), the results were immensely appealing to my ears, though difficult to describe.

About the closest I can get is having you recall some of Cooder's earliest LPs (perhaps "Ry Cooder"), or try to picture a down and dirty version Little Feat with Lowell George coming off a month long bender while singing with a mouth full of marbles ...   The album also included a couple of numbers that were a clear nod to their earlier jazz roots.  'What Magic?' which segued into 'Time Of The Ostrich Head', and the closing instrumental 'Erebus' were jazz-rock fusion efforts that were interesting, but probably had limited appeal for rock fans.

In addition to the jazzy interludes, 'One More Hand' was little more than a sleep inducing jam and 'Cajun Two Step' was ... well a strange klezmer-cum-country-flavored number.  Still, the winners far outnumber the mistakes.  Rough and ragged, but in a good way, I bet these guys would have been a blast to have heard in a small, smoky blues club.
Bad-Cat 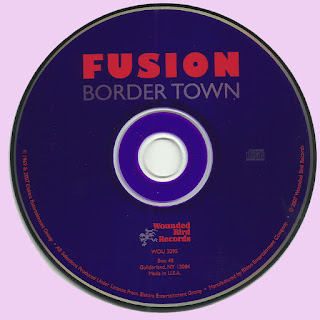 Free Text
Text Host
Posted by Marios at 9:51 AM 13 comments: