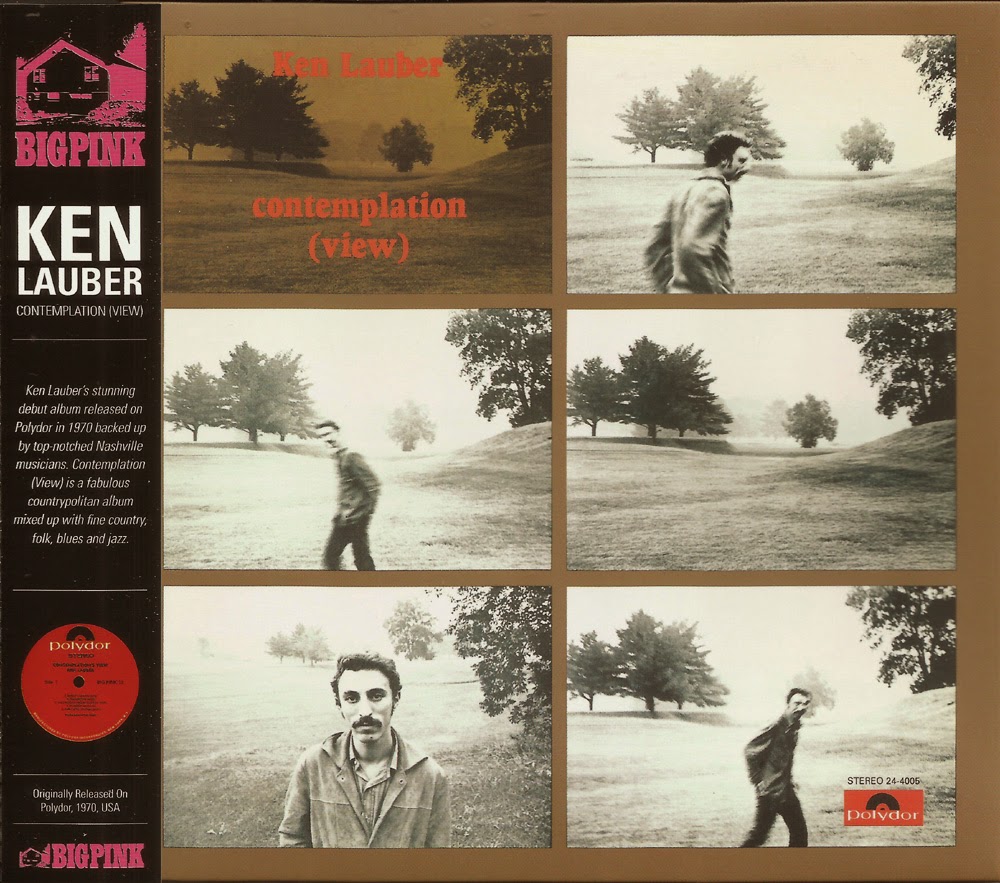 At 13, I received a dozen or so lessons as a surprise birthday gift and a few weeks later, found myself on West 54th Street between 7th and 8th Avenue, New York City. I was about to take my first drum lesson with two of the greatest drummers in American Syncopated Music history: Gene Krupa and Cozy Cole Walking through the door for the first lesson Cozy Cole said: "The more you study the more you find out what you don't know: but the more you study, the closer you come". Early piano lessons proved to be the catalyst for improvisation at the keyboard, and the drums added an exciting perspective to the music I most loved.

The earliest musically memories came from my Mother and Father When the music of Benny Goodman. Louis Armstrong, Frank Sinatra and the Dorsey's. Chick Webb. Duke Ellington and many other popular big bands of their era, came over the radio and into our home my parents would often, spontaneously, begin to dance. Their laughter filled our home with joy, as they moved to the quick, fluid tempos, and rhythms bouncing out of the radio. Watching them, a nervous, unconscious fingertapping twitch developed into a habit, whenever I heard their music. Transferring the tapping, to a beat up set of drums and playing along with Benny Goodman's, 'Sing, Sing, Sing', I learned Gene Krupa's famous drum solo and that kicked me into a fantasy of having my own band and hitting the road at ten years of age.

The lessons with Krupa and Cole took place in a room filled with cigarette smoke so thick you could not see out the window that looked down on 54th street from the second floor. A floating smell of Four Roses Whiskey, added a relaxed atmospheric dimension. There were three brand new Slingerland drum sets lined up next to each other. "Come sit down at the set in the middle..." Cozy said smiling his famous smile. I sat down, sticks in hand, and everything disappeared except for the rhythm being past between us First Gene would play something, on his hi-hat cymbal that was easy for me to follow and Cozy would do the same. This would go on, back and forth, for an hour. Often I dropped my sticks to the floor, while Cozy and Gene kept playing. They always enjoyed themselves and I learned quickly. They suggested to keep an extra pair of sticks wedged into one of the many chrome, tuning keys around the bass drum. That way, when I dropped a stick, I could grab a needed stick without losing a beat. "It happens to all of us," Gene laughed, puffing away on a Chesterfield.

After more than a dozen lessons. I played and read drum music with a reasonable degree of accuracy for a novice. Songwriting was still a few years away. Drums were my obsession. I organized a local big band comprising of musicians between the ages of thirteen to eighteen. We played in school programs and at special events making ourselves a few bucks My drum set was set up right square in the middle of the band and up on a riser, just like Gene Krupa's set up when he played with Benny Goodman. The arrangements were the same tunes I had heard coming over the radio in our living room a few years before and those lessons, added a new rhythm to my body. That rhythmical energy continues to run through my musical self-expression to this day.

A few years latter, at 16, I became the musical director of the great Frank Loesser show. 'Guys and Dolls', presented by a small community theater A woman in the chorus said she knew Stanley Mills of the well known. Mills Music Publishing family Mills was located in the famous Brill building at 50th and Broadway, where Elvis Presley and Irving Berlin had offices. She asked me to write some music to one of her lyrics and if came out okay, she would get us an appointment to play it for Mills. In the same living room where my folks enjoyed dancing. I sat at our small piano, and we wrote the song. Mr Mills liked it enough and gave us an advance.

By the time I turned, 21, I found a job at United Artists Music Company. They needed someone to produce demo recordings of film theme music At U.A., the head of the a’n’r department was Don Costa and he took a liking to me and tutored me in arranging, orchestration and record production While working for U.A., I wrote songs and produced instrumental film theme single records as artist under my own name.

While still working for U.A., I met Alex Matter, a 22-year-old film director who was shooting his first film, an independent effort entitled, "The Drifter." Matter listened to some of my music and commissioned me to compose and orchestrate the score to his feature film, "The Drifter". Prior to that, my film composition experience added up to one credit. I had composed orchestrated and conducted a 'Piano Concerto' for the "World of Henri Orient," staring Peter Sellers and performed on screen by many members of the New York
Philharmonic Orchestra.

I wrote, Contemplation (View), in my home up on Upper Byrdcliffe Mountain. In an unheated back room, a few dozen or so songs spilled out during the cold winter 1967. A subtle friendship began with Bob Dylan, who was also lived up on Byrdcliffe and was a neighbour. Bob was gracious enough, as often he is with other musicians, to invite me over to his home one day to listen to a test pressing of his new album, "Nashville Skyline." I loved it almost immediately We listened to all the tracks in silence. After, he asked me what I thought of it and I replied instantly, without thinking. "I like the spirit of it." Days later, I played him some of my new songs and he said I should go down to Nashville and record down there with some of the same musicians that played on "Nashville Skyline" and before that on the "John Wesley Harding," album.  He spoke with authority and enthusiasm about how the Nashville musicians picked things up quickly and how their respect for lyrics, allowed the personality of the song to emerge clearly.

Good timing cannot be denied. At the same time, a friend, who liked my songs, introduced me to the head of the newly formed American record company, Polydor Records. I played him the new songs I had written and told him I wanted to record in Nashville. He liked the songs and the concept of recording them in Nashville and offered record contract. The record was recorded and mixed, at Wayne Moss's eight track garage studio, Cinderella Sound, in Madison Tennessee, with Gene Echelberger and Eliot Mazur as engineer and producer. Gene built Cinderella Sound with and for, the highly regarded and super talented guitarist and bass player supreme, Wayne Moss. The space was formerly a two car garage behind his Aunt Lucy's house. The line up of musicians was the following: the great Kenny Butrey on drums. The man of all instruments, Charlie McCoy on blues harp, bass and organ, the  brilliantly melodic Weldon Myric. on pedal steel; a strong lead guitar soloist, Mac Gaydon, on electric guitar and the versatile and easy going Pete Wade on all the acoustic guitars.

We recorded the album in a week My piano playing was enough to set the syncopated, 'feel' I wanted and I was so thrilled and overwhelmed with the musicianship of these pickers, I unconsciously allowed plenty of room for their spontaneous licks There was little talk, and much laughter. I don't remember what we were laughing at but  it kept things loose and most of all, great fun These musicians were the 'A' team, all right, and by the time I arrived in Nashville, to record Contemplation (View), they had amassed many credits, backing the great country and pop stars on classic country and pop hits. They were technically flawless and never failed to come up with strong melodic ideas for the intros, turnarounds and fade outs. The music magically unfolded as if it had been written in advance. They always knew what to do where and always just at the right time.

The most startling revelation as the sessions rolled on, was that the drummer, Kenny Butrey, actually created the arrangements on the spot, dictating who played the intro, who would take the solo and when I know this has not been duplicated in the studios very often, since Butrey's untimely passing and I don't believe it will be repeated by a drummer quite like that again. Returning to NYC with the new album mixed and presenting it to Polydor, I experienced a reaction that was completely unpredictable. When the last song  ended the president of the label. Gerry Shoenberg, started yelling: "What the hell did you go down to Nashville for?" You were supposed to make a 'jazz' album not a country album." What am I gonna do with this, now? Get outta here!" The style of music most definitely cannot be categorized in anyway as a 'jazz' album, and to this day it is for sure not a country album.

Polydor released the album reluctantly, and received positive reviews and many press comparisons to its sound as 'dylanesque.' which was and of course still is, just fine with me. The label executives were right. In retrospect, these songs were not typical pop or country songs and I think we were much 'jazzier' in our 'swing' feel. Call it what you want, I don't mind being referred to as a 'jazz-er' or 'Dylanesque' Either way that is just fine with me.
by Ken Lauber 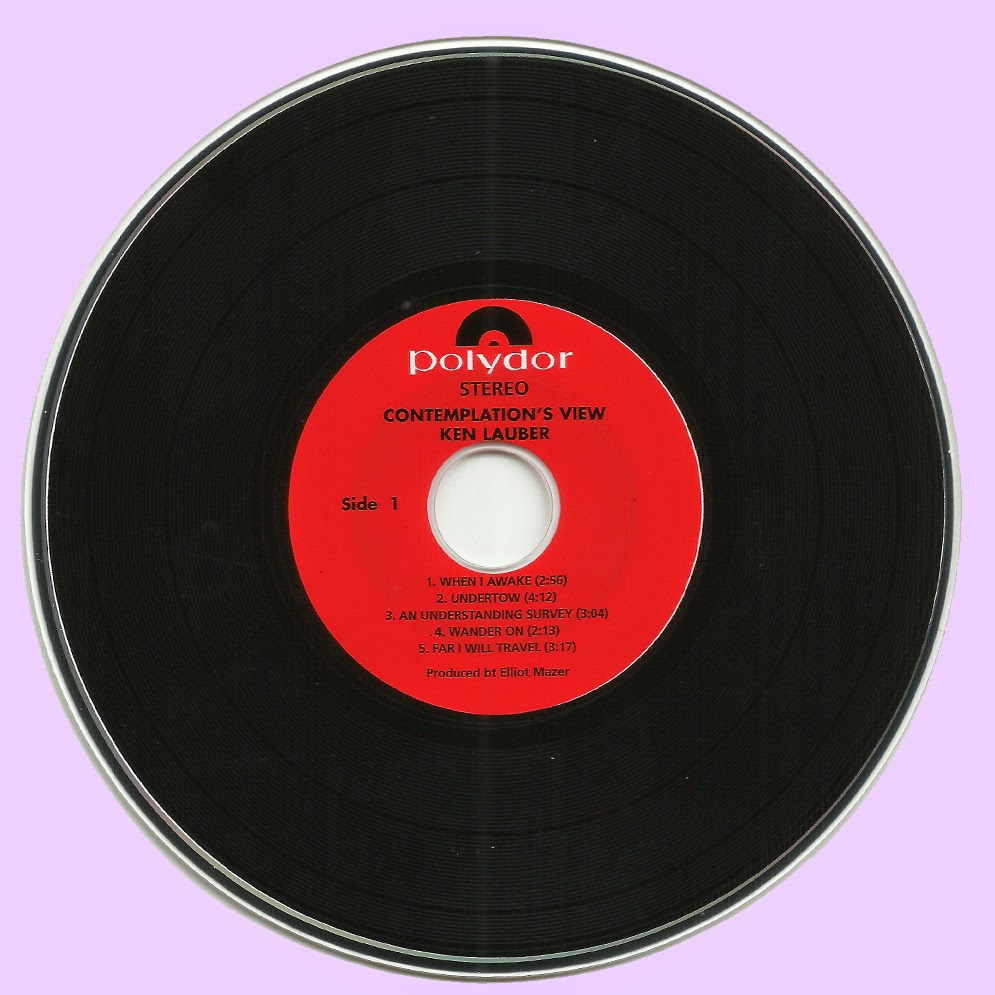 Free Text
the Free Text
Posted by Marios at 9:25 AM 6 comments: