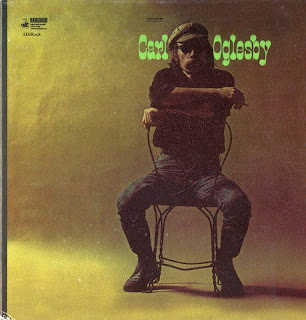 Carl Oglesby was born in Ohio. After graduating from Kent State University, he worked in Michigan as a technical editor for a defense contractor.

Oglesby was radicalized by the Vietnam War. In 1965 he was elected president of the Students for a Democratic Society, a group that organized opposition to the war. Oglesby went on to teach politics at Massachusetts Institute of Technology and Dartmouth College.

He may be the ultimate politically hyphenated American: He's an anti-interventionist-New Left-humanist-libertarian. He's also a folk singer with two albums to his credit, an author, and one of the nation's leading experts on the assassination of John F. Kennedy.

Oglesby's background didn't hint that he would end up, as Murray Rothbard called him in 1992, a "longtime libertarian." Born in Ohio, Oglesby attended Kent State University and then worked in Michigan as a technical editor for a defense contractor.

His world turned upside down in 1965 when he became radicalized about the United States' growing military involvement in Vietnam. Later that year, he was elected president of Students for a Democratic Society (SDS), a "New Left" group that organized student opposition to the Vietnam War.

As he traveled around the country, Oglesby came to realize that the United States' foreign policy wasn't just a matter of left (good) versus right (bad). In 1967, he wrote Containment and Change (with Richard Shaull), which argued that the libertarian, non-interventionist "Old Right" should be the New Left's best ally in opposing an imperialistic American foreign policy.

In 1971, Oglesby was a speaker at a "Left-Right Festival of Mind Liberation." The event, sponsored by the California Libertarian Alliance, was designed to lay the groundwork for a libertarian/New Left anti-war coalition. Oglesby made the case that "the Old Right and the New Left" were "morally and politically" united in their opposition to war, and should work together.

Oglesby also began speaking out against the alliance of big business and government -- what he called the "corporate state" -- and in favor of "radically humanist politics" that embraced decentralization and free association.

During those same years, Oglesby earned recognition for his musical talent. He released two albums, Carl Oglesby (1969) and Going to Damascus (1971), that were praised for their "psychedelic folk rock sound." The albums were re-released in CD format in 2003.

After the Vietnam War ended, Oglesby's innate suspicion of government led him down another career path -- investigating the assassination of John F. Kennedy. He wrote three books: On the Trail of the Assassins (with Jim Garrison, 1988); Who Killed JFK? (1991); and The JFK Assassination: The Facts and the Theories (1992). All three voiced skepticism about the government's "lone-gunman" theory.

In 1991, Oglesby again bridged the gap between his libertarian/left perspective and the liberty movement in a speech to the Massachusetts Libertarian Party. In it, Oglesby discussed secret American intelligence operations, including the U.S. Army's post-World War II "Gehlen Deal" that recruited former Nazis to spy on the USSR for NATO; the CIA's 1953 Operation Ajax that overthrew the government of Iran; and the FBI's Vietnam War-era COINTELPRO campaign against anti-war activists. Such covert operations, warned Oglesby, were indicative of an out-of-control "national-security oligarchy" that constituted "a secret and invisible state within the public state." 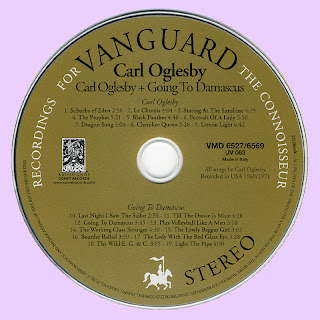 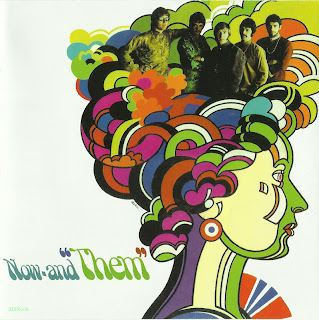 They're a group with five distinct but not disjointed personalities. This is Them as I know them.

There's Kenny McDowell, who worried about stepping into Van Morrison's place as the group's vocalist. He's a worker on stage, shouting and whispering everything from blues to Indian ragas. Blues is his game and he plays it well. Off stage he's shy, but getting over it. Charming in that delightful Irish way, he blushes when complimented and calls every girl "Luv." You just can't help but love Kenny.

Towering over him on stage is Kim Armstrong, lead guitar player extraordinaire. A year ago Jim looked like a cross between Chad Stuart and Peter Asher; now he just looks tall. New Shankar albums to blow his mind, but then so do songs like "They're Coming To Take Me Away," so how can you win? He's basically an uncomplicated guy who likes to like and is easy to like. Keep your eye on this man; he's going to develop himself into one of our top guitarists. But it won't hang him up, 'cause things just don't hang Jim up.

And there's Alan, who resembles an iceberg in that only about ten percent of him is above the surface. He keeps a lot of him inside. What's on the outside looks a lot like Omar Sharif. It's a little difficult to earn Alan's respect, as it is with all of Them, but once you get it you have a loyal friend. But cross him once and you'll never have a chance to do it again. He's one heck of a bass player, but if you ask him he'll tell you Jim is the group's best guitarist. He can seem a bit rough at times, but he's learning the meaning of gentleness. Just don't let Alan frighten you.

Ray Elliott plays sax, organ, flute, etc., and is the world's largest living leprechaun, not necessarily in captivity. He's easy to love but impossible to understand. He calls his sax a typewriter and is capable of talking for hours without making sense to anyone other than himself, but that's Ray. And you'll just have to take him as he is, 'cause there's no way he's ever going to change. But why should he; he's enjoying himself. Ray doesn't trust people, but maybe he has a reason. We'll probably never know.

Move slowly around Dave Harvey and he may be able to keep up with you. Them's drummer, he's a low keyed Englishman who looks Spanish when his moustache gets too long. He once wore a watch that said five o'clock for three months, but in Dave's world it might have been five o'clock for three months. Jazz is his bag, photography his latest interest and girls his full time interest. He doesn't stand out in a crowd, but he's glad of that since crowds bother him. Dave's simply quiet, easy going and slow, at everything.

These are Them now and now is Them. They've been through some changes, bad times and good times and learned from all of it. It's going to happen for Them now. I think you'll like Them.
by Carol Deck 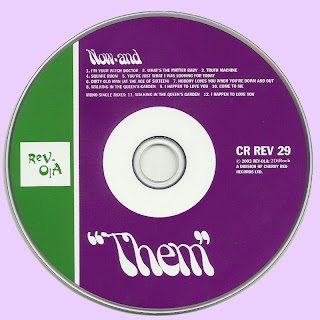