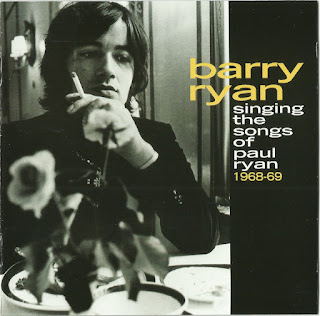 Paul & Barry Ryan were identical twin pop stars of the mid-'60s, but when Paul bowed out due to stress, Barry carried on, at least for a while, singing Paul's songs. The best (only?) known of these is the baroque orchestral pop classic Eloise, memorably covered by The Damned in the early '80s. It was a massive hit for Ryan in '68, too, selling over three million copies and completely overshadowing anything else he did. He made two albums, '68's Sings Paul Ryan and an eponymous '69 follow-up, before retiring from the biz himself.

Stuffed full of material in a similar vein (if not quite the quality) of Eloise, both albums are well worth hearing, although it's only the former that interests us here. Opening with Theme To Eutopia, a kind-of overture to the album as a whole, as well as the obvious, it features songs of the quality of Crazy Days, My Mama and the Beach Boys-esque I Will Bring You Love, although, in truth, there's not a single clunker to be heard here.

An anonymous session muso adds overt MkII strings to the intro of Love Is On The Way, in direct contrast to the orchestra utilised on the rest of the album, making it likely it was used specifically for its sound (hurrah!), rather than as a cheap orchestral substitute.

You almost certainly know Eloise, if only The Damned's version (which doesn't differ that much from the original, anyway), so if you'd like to hear more of the same, you could do an awful lot worse than to buy Rev-ola's Singing the Songs of Paul Ryan, 1968-69, containing both of Barry's albums and a couple of bonuses. Sings Paul Ryan's a great album.
Planet-Mellotron 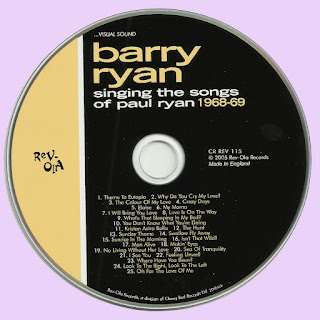