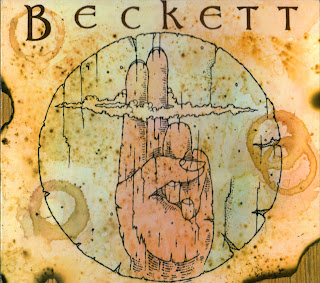 Beckett Vocalist Terry Wilson-Slesser, a native of Newcastle upon Tyne, was to figure in ex-Free guitarist Paul Kossoff's solo outfit Back Street Crawler and was later hook up with Charlie. The vocalist was also known to be in contention during 1980 for the AC/DC frontman vacancy following Bon Scott's death.

Wilson-Slesser had replaced original Beckett singer Rob Turner, the previous frontman having been killed in an auto accident. Soon after this appointment guitarist Les Tones quit. The group's first major performance was supporting UFO at Newcastle's City Hall. Beckett carved out a live reputation by performing residencies at the infamous Star Club in Hamburg, Germany. Beckett , having scored the financial backing of Island Publishing, then underwent a major line-up change.

The band's 'My Lady' single was a clear flexi-disc given away free at gigs in 1974, the same year the band released their eponymously titled album, produced by Family's Roger Chapman, on the Raft label subsidiary of Warner Bros. On the live front Beckett supported the likes of Wizzard, Slade, Free, Ten Years After, Thin Lizzy and The Faces. The band performed at the 1974 Reading Festival, after which they switched labels to CBS Records. For a period Wilson-Slesser was rehearsing with Mott The Hoople musicians following Ian Hunter's exit.

The Beckett concerts with Free would ultimately lead to an eventual union between Terry Wilson-Slesser and guitarist Paul Kossoff in Back Street Crawler. Slesser was known to be in contention for the AC/DC frontman position during 1980 after Bon Scott's death. The singer also acted as backing vocalist on Def Leppard's 'Pyromania' album. The Beckett song 'A Rainbow's Gold' was covered by Iron Maiden as a B side on their 1984 hit single '2 Minutes To Midnight'. That same year Wilson-Slesser acted as an offstage singer for the Michael Schenker Group, performing on a European and Japanese tour.
The Rock Detector 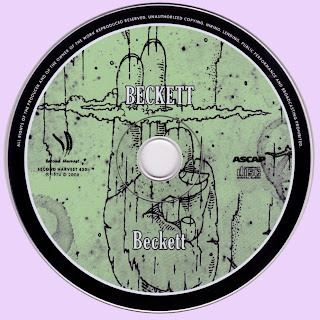