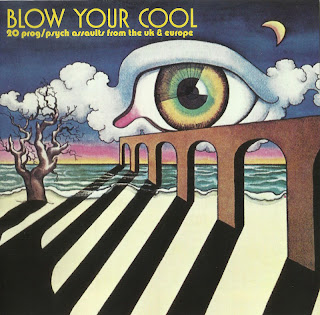 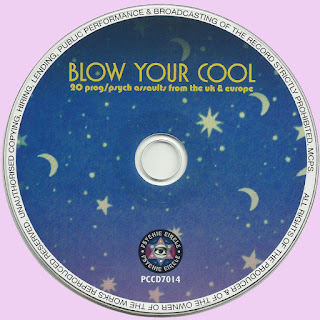 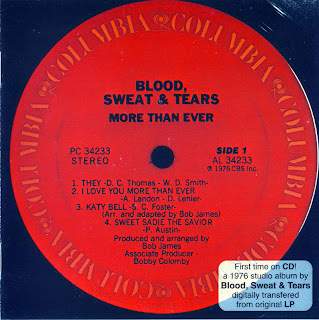 More Than Ever was the last studio effort by the re-formed, reconstituted Blood, Sweat & Tears, with David Clayton-Thomas back in the lineup and the whole group invigorated after coming off of a successful international tour. For the first time since its second album, the group -- with only drummer Bobby Colomby left from the original lineup and Bob James producing -- sounds bold, enthused, and fully positive in its approach.

The sound is a little more R&B oriented and less rocking than the older lineup, which actually makes a better fit overall -- Thomas' singing style is a bit dated, from a tradition of '60s blue-eyed soul that seems fine, but which was really out-of-place amid the disco boom of the second half of the '70s. The group's obvious enthusiasm -- there's not a lot here that sounds like it wasn't played with joy -- and the smooth mix of R&B, jazz, and gospel influences coupled with the larger-than-life sound of the production (the ten-man band is joined by 13 guest musicians and eight backup singers, among them Patti Austin and Gwen Guthrie) helps put over some very solid material. "They," "I Love You More Than Ever," "You're the One," and the soaring, haunting "Heavy Blue" are highlights of a pretty strong album.

Nothing here is remotely as revelatory as anything on Child Is Father to the Man or as startlingly fresh in a pop vein as the Blood, Sweat & Tears album, but it's a good 40 minutes of listening. The pity is that the Columbia Records art department couldn't muster as much inspiration on its end as the musicians did on theirs -- one can only wonder who got paid for coming up with the "idea" of using an enlarged copy of the album label as the front cover art. But bad art aside, this record is not only one worth finding -- it's one worth keeping.
by Bruce Eder 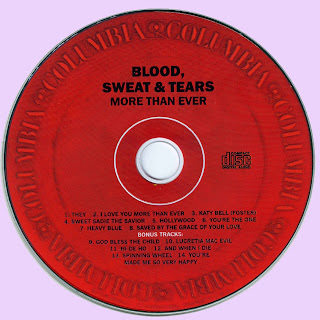 Free Text
Text Host
Posted by Marios at 6:03 AM 5 comments: