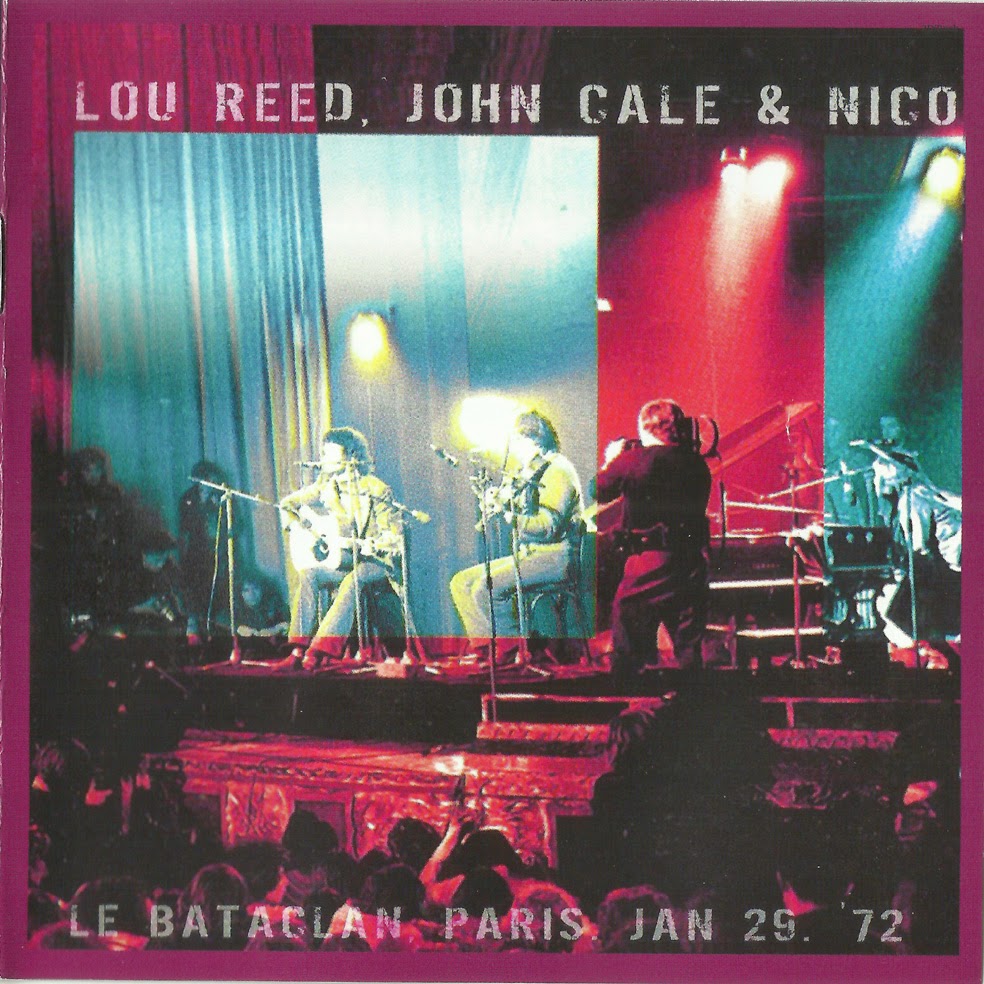 Lou Reed and John Cale formed the Velvet Underground in late 1965, recording their influential debut with Nico the following year. She was never regarded as a full member of the band, however, and ceased to work with them in mid-1967. Cale quit in the fall of 1968, leaving Reed to lead the quartet until his own departure in August 1970..There after a version of the band led by Cale's replacement Doug Yule (with Maureen Tucker the only original member) continued to perform, though by all accounts they were a pale imitation of the band's former self.

It therefore delighted their still small coterie of loyal fans when rumors began to circulate in January 1972 that Reed, Cale and Nico were planning to perform together again. At the time all three participants were in London - Reed was there making his solo debut, Cale was recording with the Royal Philharmonic Orchestra, and Nico had flown in from Paris (where she was living with the filmmaker Philippe (Jarrel.) to work on an abortive fourth solo album, supposedly to be produced by Cale.

She was also under the impression that the trio would be performing together in the city mid-month, the putative show being promoted by rock journalist Geoffrey Cannon (one of the Velvet Underground's few champions in the British press). In fact, Cale was due to play a gig at the Bataclan club in Rue Voltaire, Paris on Saturday 29th, and it was there that the former collaborators publicly reunited.

A rehearsal tape likely to date from mid-January finds Nico a little rusty on the songs she used to perform with the band - All Tomorrow's Parties, Femme Fatale and I'll Be Your Mirror - and not much better on three songs from her  own debut album, Chelsea Girl (which ended up being performed at the gig).

Another tape apparently finds Reed and Cale rehearsing for the reunion, and runs contrary to the received wisdom that they struggled to be civil to each other. On it they seem relaxed and friendly, and Reed even divulges his delight at having had an album signed for him by Jerry Lee Lewis. They run through Pale Blue Eyes and Candy Says (the originals of which post-dated Cale's tenure with the band, and which did not end up being played at Bataclan,, though they're included here as bonus tracks), as well as Heroin and Black Angel's Death Song (which were performed at Bataclan).

The concert itself, played in front of about 1000 people (with, according to Melody Maker at the time, twice that number unable to get in), was a triumph. Performed acoustically, unlike the vast majority of the Velvet Underground's material, the trio conjured a sparse yet warm sound, well captured by the soundboard recording. Cale played viola and piano over Reed's acoustic guitar, while Nico contributed harmonium. The bulk of the material dates from the VU days, but Reed also contributed his lesser-known gem Wild Child and an unusually lugubrious rendition of Berlin, which he later described as "a real nightclub torch thing... kind of a Billie Holliday trip."

Cale, meanwhile, offered Ghost Story from his Vintage Violence album, as well as a strange tune called The Biggest, Loudest, Hairiest Group Of All (no studio version of which was ever released). Most surprisingly, he also played Empty Bottles/which he'd written for Jennifer Warnes (whose solo debut he produced soon afterwards).

Nico's harmonium is prominent on three tracks from her albums The Marble Index and Desert shore (No One Is There, Janitor Of Lunacy and Frozen Warnings), but inevitably it's the Velvet Underground material on which all three originally appeared that received the most enthusiastic response – Femme Fatale/I'll Be Your Mirror and the encore. of All Tomorrow's Parties. Clearly all three musicians enjoyed the experience, but a report in Melody Mater that a further performance by them was to take place in London in February was sadly mistaken, and the closest most people came to seeing them was via a partial film of the Bataclan show (offering Berlin, I'm Waiting For The Man, Heroin, Ghost Story and Femme Fatale that was screened on the French TV show Pop Deux on June 10th 1972.
CD Liner-notes 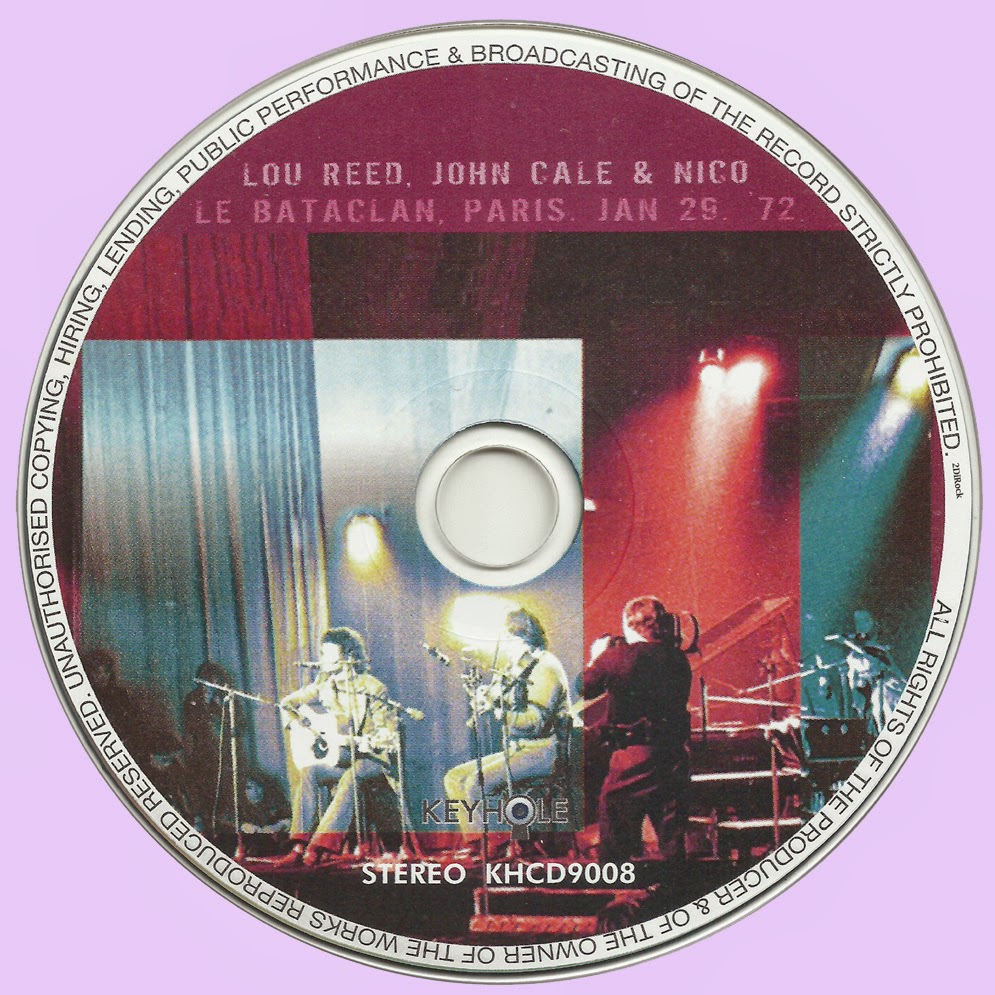 Free Text
Text Host
Posted by Marios at 4:38 AM 3 comments: