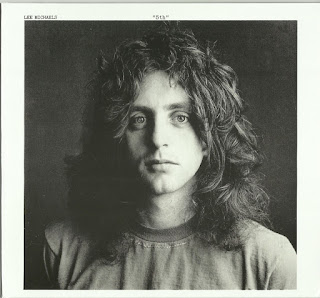 Michael Olsen was born in Los Angeles in 1945. In 1961, Michael Olsen joined a surf-rock band named The Sentinels. In 1962, they played in concert with The Coasters and The Righteous Brothers. One of the members of the band was John Barata, who later joined The Turtles, Jefferson Airplane and Jefferson Starship. Michael Olsen next joined the Joel Scott Trio. Scott had formerly been the frontman for Joel Hill & The Strangers. The band had a #11 hit in November 1960 in Vancouver titled “Little Lover.” In 1966, he moved to San Francisco and began to bill himself as Lee Michaels, drawing on his first name to become his surname. That year he joined a group named The Family Tree who had some regional hits in a few radio markets in California.

In December 1966, Lee Michaels appeared on stage as an opening act for Love at the Filmore Auditorium. Later that month he was an opening act for Big Brother & The Holding Company, whose featured singer was Janis Joplin. At the end of the month he opened for Country Joe & The Fish. In 1967, Michaels opened for The Steve Miller Blues Band in February, Pink Floyd in October and Bo Diddley that November. In 1968, he released his first solo album, Carnival Of Life. He accompanied himself on piano, organ and guitar.

In 1969, Michaels released a single titled “Goodbye, Goodbye”, which peaked at #10 in San Bernardino. In August ’69, Michaels song “Heighty Hi” climbed to #2 on KMEN in San Bernardino and #6 in Sacramento. The single was also released in Canada, the UK, Germany and France. Meanwhile, he opened concerts that year for Creedence Clearwater Revival at the Hollywood  Bowl, and The Kinks in Boston.

In 1970, Michaels released “What Now America”, which climbed to #13 in San Jose. The song lamented a generation that knows “America” is wrong. Implicitly anti-Vietnam War, the song was only a local hit in a few California radio markets. Michaels fan base grew that year as he opened concerts for The Moody Blues at the Filmore East in New York City that March, and for the Faces in Boston. However, Michaels made it to #3 on the Billboard Hot 100 in 1971 with “Do You Know What I Mean”. That summer he opened a concert for Ten Years After in Milwaukee. Michaels follow-up single was a remake of an old Marvin Gaye hit from the fall of 1963 called “Can I Get A Witness”.

“Can I Get A Witness” climbed to #5 in New Haven (CT), #6 in Escondido (CA) and #7 in Fresno (CA). “Can I Get Witness” was also released in Canada where it climbed to #3 in Vancouver. The single was also sold in Japan, the UK and Germany. “Can I Get A Witness” was the second single from the album, 5th, a reference to Michaels fifth studio album release. Incidentally, the opening track on the album was “Keep The Circle Turning,” which featured guest vocals by Merry Clayton. The previous year she’d been a guest vocalist on the Rolling Stones’ “Gimmie Shelter“.

At the height of his popularity, Lee Michaels played in concert with recording artists Cactus and Humble Pie. He appeared at Filmore East in New York City and Filmore West in San Francisco. He also played Carnegie Hall in New York City. While several websites credit Lee Michaels as being a session musician for Jimi Hendrix, his name does not appear on the credits for any of Hendrix’s three studio albums.

Lee Michaels released four more studio albums between 1972 and 1975. In 1973, he released one live album recorded at a concert in Carnegie Hall. However, with each successive album release his record sales continued to drop. His final single release was in 1973. By the end of the decade Lee Michaels officially went into semi-retirement. In 1982, Michaels released Absolute Lee on his own Squish label. Since then he has been silent in the recording studio. 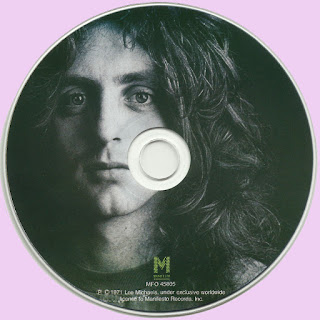 Free Text
Text Host
Posted by Marios at 7:19 AM 6 comments: