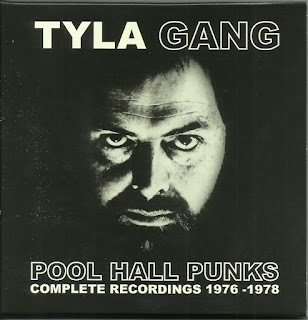 Collection of the Ducks Deluxe mainman Sean Tyla’s follow-up late 70s band, featuring both the officially released albums, plus singles, demos and live tracks. Ian Canty revisits that time when Pub Rockers magically trans-morphed into New Wavers and wonders why the Gang were left behind….

Shortly after the final demise of Ducks Deluxe towards the end of 1975, Sean Tyla convened a new group to go back to the original, “no-holds barred” idea of the Ducks, which had been rather smoothed over on their two albums for RCA. The stripped-down, tough street rock that the Tyla Gang specialised in seemed purpose-built to run alongside the coming Punk explosion and their meaty, slightly Beefhearty debut single “Styrofoam” was one of the first few records issued on Stiff into the bargain. Sean himself was insulting bone-idle hippy audiences while John Lydon was still a lank-haired Hawkwind fan and by the first LP the line up included veterans of pioneering Glam/ProtoPunk/Pub Rock group the Winkies in bassist Brian Turrington and drummer Mike Desmarais.

The Tyla Gang received favourable mentions in “Sniffin’ Glue” but as was his want, Tyla shied away from any active engagement with the UK New Wave, apart from the necessary rubbing shoulders on the live circuit. Their two tracks from the fondly remembered “Hope And Anchor Front Row” comp LP, which are a more than fair demonstration of their live power of the time, end this collection on a fitting note. One can’t help but feel that the live arena was their natural habitat – their no-nonsense, thoroughly authentic aggression combined with great playing and catchy tunes would have marked them out as “difficult to follow” I’m sure.

First album “Yachtless”, released on Matthew Kaufman’s Beserkley label in 1977, makes up part of the first disc presented here and definitely marked them out as contenders even if it didn’t sell that much. Here they threw an occasional twelve bar boogie and Velvets’ rhythm guitar chug into the already potent, hard rockin’ brew. With strong numbers like “On The Street” and “The Young Lords”, it “ticked all the right boxes” as current parlance would have it. Possibly lacking quite the lyrical finesse of his Pub Rock contemporaries like Nick Lowe or Graham Parker, this may have possibly thwarted Sean and the Tyla Gang reaching the same level of success they attained during this period. Maybe the beard didn’t help either? We were living in fashion-conscious times then that was for sure. But the LP itself is very good and the early singles tracks are also a delight, “Texas Chainsaw Massacre Boogie” tapping into the kind of “sick joke” side of Punk and “The Young Lords” focussing on those heady greaser gang days of the late 50s for imagery and inspiration.

The follow up “Moonproof” (which follows on here on Disc 2) was not quite as strong as the debut, it appeared that now Tyla coverted the US audience via adding a strong Springsteen influence to the formula. You can understand why he choose to look to America, as there were few takers unfortunately for his brand of Rock n Roll in the rapidly changing UK Pop environment of 1978. It didn’t come off sadly, though “Suicide Jockey” is effective (though probably not as tough as on the original Skydog outing, featured as an extra on disc one here).

Though this second LP didn’t meet with a great deal of commercial success, the Gang was made of stern stuff and started demoing material for a projected third long player and some of these tracks that were salvageable are presented here on disc 2 as part of this collection. These offerings do not deviate much from their standard sound with perhaps a little extra in the way of slide guitar and although they have their merits they are more low-key than their fiery recordings of a couple of years earlier. One exception is when they delve right back to their very early days for “Amsterdam Dog”, though on the whole it is the sound of a band out of time. Around this time they also recorded incognito as Speedballs and Spitballs (both of which figure amongst the bonus tracks), but the response was the same and as Beserkley closed up shop in 79 so did the Tyla Gang with Sean opting for a solo career mostly based stateside.

A third disc here brings together the three John Peel sessions from 77/78 that still crackle with raw energy. With a similar vim and vitality to Eddie The Hot Rods’ work at around the same time and a hint of Thin Lizzy, the Tyla Gang here bring home the feeling of the importance of life right now, the break from the normal that only Rock n Roll allows, that hot night when anything was possible in perfect vivid, live colour. Perhaps there was not quite the killer hit single track among the material like the Rods’ “Do Anything You Wanna Do”, but the spirit is there in spades. With a little luck who knows what they could have done? At this point they certainly appeared a better option than another bar room band of the time, Dire Straits, who went onto global fame with their torpid VHS symphonies.

Along with the surfeit of bonus tracks, this all adds up to a great collection of everything the Tyla Gang recorded in their original incarnation (but they did have a well received revival just a few years back). They may not have been the first word in originality, but in 1977 at least they were very close to being the last word in unpretentious Hard Rock.
by Ian Canty 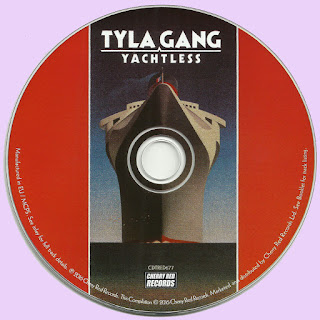 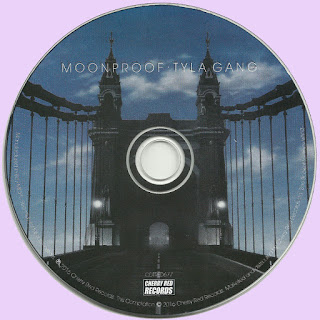 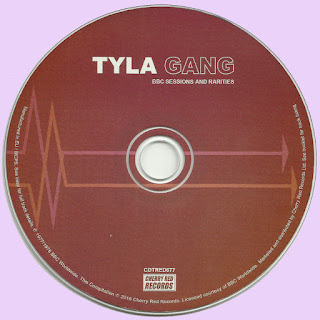 Free Text
Text Host
Posted by Marios at 6:23 AM 15 comments: