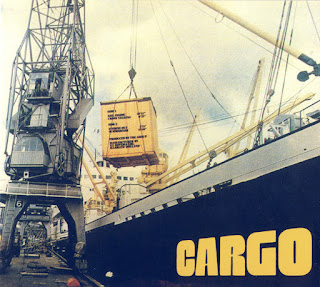 This unit started out as September and recorded a few singles that hold no interest to progheads. They then changed their name to Cargo and recorded their sole album. CARGO consist of brothers Ad and Jan De Hont both on guitars, Willem DeVries on bass and vocals and English drummer Denis Whitbread.

The music developed here is a seducing hard rock with a killer twin-guitar attack much in the line of Wishbone Ash around their “Argus” album. The two brothers play delightfully long and cooperative guitar lines that intertwine beautifully (what a pleasure it is to follow in stereo their progress) proof of their long-standing mutual trust and camaraderie.

The De Hont and De Vries brothers had found particular favour with the Dutch public under the rock band September with numerous singles in 1970 such as Presley’s “Little Sister” and the De Vries penned “Yelly Rose”. September’s finest cover was an urgent version of Bert Bacharach “Walk On By” which kicks the shit out of the original. After changing their name to Cargo they launched their 1970 self-titled album has enough guitar slash to rip half of Holland’s Dykes to shreds.

To describe the turbulent guitar breaks of Cargo, one needs to create a setting and describe the structures that extorted the ferocious solos. It was awesomely pulverizing when Jan De Hont unleashes his Fender Strat in parallel with Ad De Hont’s Gibson SG on the thudding “Cross Talking” in the spirit of Wishbone Ash. This 8min indulgence also trembles with the bass hammering Willem De Vries on his Gibson B3. Nothing like this has ever thundered through Amsterdam since the rolling Panzerwagens of 1940.

Cargo are turbulently forceful in the same windforce as Tractor, Rush or Jericho. Cargo also covered the sensitively squeezed “Lydia Purple” originally written by Dunn and McCashen for their album Mobius. This superb psychedelic gem was also covered by The Collectors and Giant Crab. Cargo released This power packed Prog group supported the Flock during sell-out concerts. Next to the summit driven Focus and Finch, Cargo were Holland’s most engaging contraband.
Lastfm 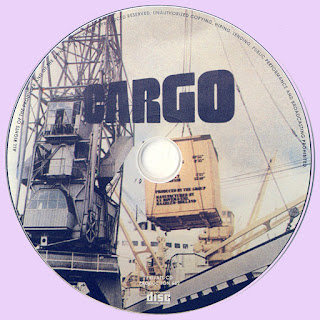