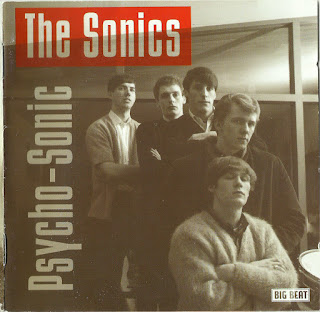 Back in the mid-1960s, the legendary Sonics took rock'n'roll by the scruff of the neck and thrashed it to within an inch of its sorry life, leaving a legacy of some of the most savage, visceral recordings ever made. Compiling their no-holds-barred Etiquette sessions, "Psycho-Sonic" is the ultimate Sonics anthology.

One of the best selling Big Beat releases of recent years has been Psycho-Sonic, a comprehensive collection of all the sides the much-feted kings of garage rock recorded for the Etiquette label in 1964/65. Only the most cloistered of music fans would be unaware of the mighty Tacoma combo's influence and importance, now stronger than ever thanks to young bucks such as the White Stripes, Hives, Vines etc constantly dropping the band's name.

With access to first generation tapes recently uncovered by Big Beat's ongoing celebration of the catalogue of Sonics' mentors, the Wailers, we figured it was time to give this decade-old compilation a spring clean.

The newly upgraded Psycho-Sonic features vastly improved sound quality on all tracks, with many presented in ear-blistering true stereo remixes, but taken from the actual tape the band recorded onto, and mastered with Big Beat's customarily sensitive mastering.

The set's sequencing and flow have also been improved, delivering an entertaining and invigorating programme from start to finish. Track for track, the first half-hour of this disc is the wildest, most visceral rock'n'roll listen you're ever likely to have. Also included is a far more in-depth overview of the group's career by reissue producer Alec Palao, based on fresh, first-hand interviews with the band and their associates, including the legendary Sonics' lead singer/ songwriter/ screamer Gerry Roslie.
Ace Recs 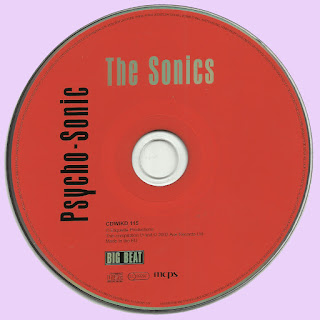 Free Text
The Free Text
Posted by Marios at 6:00 AM 3 comments: