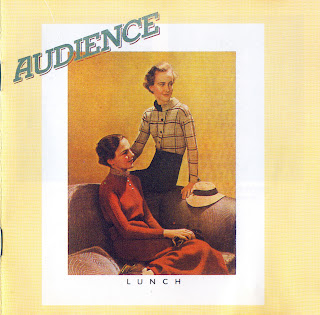 Audience rose from the ashes of a semi-professional soul band named Lloyd Alexander Real Estate, which had included all the Audience members with the exception of Connor, who had unsuccessfully auditioned for the earlier band when John Richardson left to form The Rubettes. However, when Werth, Williams, and Gemmell decided to form their new band, it was Connor who came to mind as the right man to complete the line-up.

Audience recorded three albums with Charisma, the members producing and designing the first Friends Friends Friend themselves before bringing in legendary producer Gus Dudgeon and top record sleeve designers Hipgnosis to get the best from their follow-up albums House on the Hill and Lunch.

Dudgeon's first 45rpm production for the band, "Indian Summer", took the band into the lower reaches of the U.S. charts, but by this time they were exhausted and fractious, having worked virtually non-stop for three years. A U.S. tour with Rod Stewart and The Faces, although successful, brought things to a head, resulting in Gemmell leaving the band.

The unfinished Lunch album was completed with the help of The Rolling Stones and Mad Dogs and Englishmen brass section, Jim Price and Bobby Keys, following which they went straight back on the road with new members Pat Charles Neuberg, from Joyce Bond Revue, on alto and soprano sax and ex-B B Blunder Nick Judd on electric piano.

Soon after Howard Werth released his first solo album, still with Charisma and produced by Dudgeon. Called King Brilliant, his band, containing members of Hookfoot and with Mike Moran on keyboards, was dubbed Howard Werth and The Moonbeams, and came close to having a major hit with Lucinda. However, it wasn't to be, and when he was headhunted by The Doors (Audience stable-mates on the U.S. Elektra record label) to replace Jim Morrison, Werth left for the USA. In any event, The Doors did not reform, and Werth found himself engaged in numerous short term projects with Doors' keyboard man Ray Manzarek and musicians from Captain Beefheart and The Magic Band before returning to the UK in the early 1980s. Although appearing live only occasionally, Werth subsequently recorded two more solo albums, 6 of 1 and Half a Dozen of the Other on Demon Records and The Evolution Myth Explodes for his own Luminous Music label.
Audience-Biography 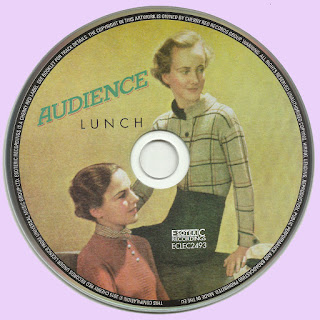 Free Text
Just Paste
Posted by Marios at 6:14 AM 6 comments: