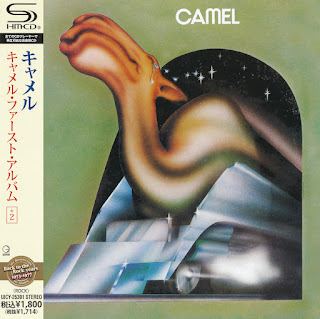 Formed by Andrew Latimer, Doug Ferguson, Andy Ward and Peter Bardens in 1971, Camel was an essential part of the ‘70s progressive movement, although not one of its more famous components. Overshadowed by the likes of Genesis, King Crimson and Yes, the group was nevertheless extraordinarily talented and most definitely unique in the genre. With their first and finest formation, they would release a streak of four outstanding albums before moving on with different line-ups and creating mostly inferior works. The latter three of these albums, Mirage, The Snow Goose and Moonmadness, are regarded as the real Camel classics, but their 1973 debut is almost as compelling.
What makes Camel stand out next to their contemporaries is their style of playing and composing. Latimer leads the band with his distinctive guitar sound: choosing mood and emotion over showmanship, his very melodic riffs are as powerful as they are meaningful. This also had a direct influence of the band’s manner of writing. Despite composing songs that could range up to 12 minutes in length, Camel was never as stubbornly avant-garde as King Crimson, overambitious as Yes, or strongly theatrical like Genesis. While keeping the ground rules of progressive rock intact, the songs that this group produced were far more focused, which also makes them far more accessible. Latimer and his company really tell a story with their music, and such is Camel’s greatest strength.
Though underdeveloped as many debuts are, the band’s first album gives a strong hint of what’s to come with seven very worthy tracks. If you compare it to Camel’s three classics, something immediately notable is how confident the boys became from Mirage onwards. This, however, is not necessarily a bad thing for the album, which sound positively laid-back and welcoming; don’t expect anything of the “Freefall” calibre (if you’ve heard Mirage). The hard-rocking closer “Arubaluba” is the only real moment you’ll find to the band going all out, more of these energetic moments being spread throughout the record in only a modest sense.
“Slow Yourself Down” is pretty indicative of the album’s main sound. Going through several mood changes, it first welcomes you with Latimer’s relaxed vocals (he’s a far better guitar player than he is a singer, but luckily seemed aware of this and used his voice little but effectively), but progresses into a brilliant instrumental display that leaves no doubt to the talents of the musicians that stand behind Latimer. Especially Bardens proves his mastery of the organ, bearing no shame to the Jon Lords of his generation, and Ferguson’s bass and Ward’s drums have absolutely no intention of going by unheard either.
“Separation” and “Curiosity” feature similar moments of such energetic virtuosity, but “Mystic Queen” and “Six Ate” float along like a pleasant dream. The real highlight of the album comes with “Never Let Go,” which acoustic opening was actually the basis for Opeth’s “Benighted” (Camel being one of Mikael Åkerfeldt’s major influences). Latimer’s vocals are at his strongest here, the instrumentation is beautifully moody, and the song concludes with an excellent guitar solo. A track that best shows the enormous potential Camel had in 1973.
Because yes, in the three years that followed, the band would release their three most acclaimed albums, realizing that potential they had going. This debut is not just another example of a stepping stone, but an accomplished work in its own right. While not as good as the group’s later albums, it is a most excellent start and an essential Camel release, as well as a very good starting point to get into their wonderful music.
by Prog Sphere May 22, 2017 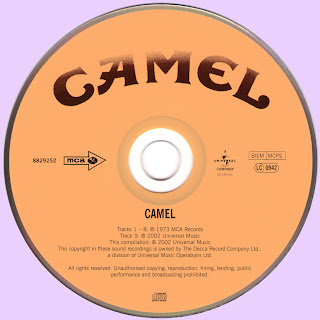