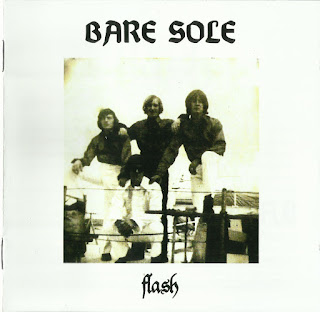 Bare Sole had been formed in 1969 from the ashes of another local beat outfit, The Combine, headed by lead guitarist Richie Foster, drummer Ron Newlove and Dave George on rhythm guitar. Richie Foster and Ron Newlove had emigrated from an early sixties band called The Mariners who at one point featured a young Mick Ronson (ironically, Ronson was balancing a day job as a local council gardener and up-andcoming guitarist). However, both Foster and Newlove's involvement in the evolving line-up of the band was short-lived and by 1968 were going out under the name of The Combine. Playing a strict diet of chart and Motown cover material, the band were joined by Brian Harrison on bass guitar leading to the eventual line-up of and change of name to Bare Sole.

A steady stream of gigs and capable and enthusiastic management gave the band a selection of impressive support slots with visiting headline acts such as The Move, Status Quo, Family and the Small Faces (at this stage, fronted by Rod Stewart). Venues such as The Bridlington Spa and Skyline Ballroom proved a valuable platform on which to show the visiting bands what Hull had to offer. Confidence for the band and their manager grew after several complimentary returns from the bigger bands and studio time was eventually arranged at Fairview studios. The band's manager even brought  in the talents of a Jamaican songwriter Ira George Green who would compose Woman-a-Come for the band. The song's popularity within the band earned it a second version with Fairview's Keith Herd applying a dominant organ backing as he would with the R&B workout Ain't Nobody Here. Songs such as Jungle Beat and Flash illustrated Bare Sole's taste for fuzz and wah-wah pedals impeccably and was thankfully, nothing short of indulgent. Let's Communicate displayed the loose structure of the band's approach and attitude that seemed to mirror those of acts found across the pond, in particular The Litter and Country Joe and The Fish.

The overall result of their brief session at Fairview and thus their entire recorded history is marked by an arrogant contempt for anything current and progressive, an attitude that can be easily forgiven for it's youthful drive and enthusiasm. Jungle Beat in particular captures the band at its most energetic and anarchic best with overdriven fuzz leads and an exceptionally enthusiastic Ron Newlove on drums. The only sadness being in all this, is that none of the recordings were ever committed to vinyl at the time or even made it out of Hull and in particular, Fairview studios. The band's manager endeavoured to push the band and help to secure a record deal sending a demo tape to Decca records in London.

Unfortunately, the band were denied an audition for the label which by 1 970 was unwilling to invest in a band that clearly had no intentions of keeping up with the changing music fashions of progressive London. Their sound was possibly too raw and primitive for the sophistication of Decca's fancy West Hampstead studios or that of De Lane Lea. Immediately before their tape was returned, the band were packing their bags for a tour of American air bases in West Germany, but as well as a rejected demo, drummer Ron Newlove was about to marry his long-term girlfriend which ultimately led to his decision to quit the band during the tour. Newlove and the band returned dismayed and after a brief and fruitless existence with a newly recruited drummer, the remaining members of Bare Sole inevitably split up and returned to their day jobs in mid-1970.

Although Bare Sole had lasted just over a year, they had narrowly carved themselves into the history books thanks to the Fairview recording session in 1969 and the survival of it. Keith Herd had the foresight to hold onto the original tapes and managed to salvage most of them from further deterioration 39 years later! This celebratory edition of Bare Sole's brief recorded legacy brings to life their music and concludes another chapter in the history of British popular music. As well as this vinyl spotlight, Bare Sole have also surfaced on Front Room Masters, a double-CD archival set of 42 tracks recorded at Fairview studios from 1966-1973. Their notoriety has been further documented in the British Music Archive alongside other Hull and East Riding bands such as The Mandrakes, Rats, Gospel Garden and Roger Blooms Hammer together with numerous nationwide acts.
by Greg Smith (British Music Archive) 2015 Very special thanks to: Keith Herd, Ron Newlove, Richard Foster, Dave George and Brian Harrison (RIP). 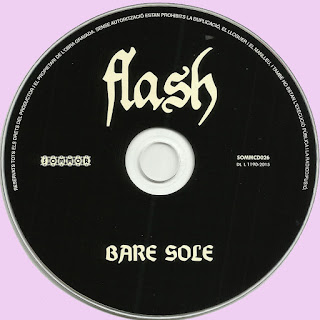 Free Text
Text Host
Posted by Marios at 11:13 AM 6 comments: