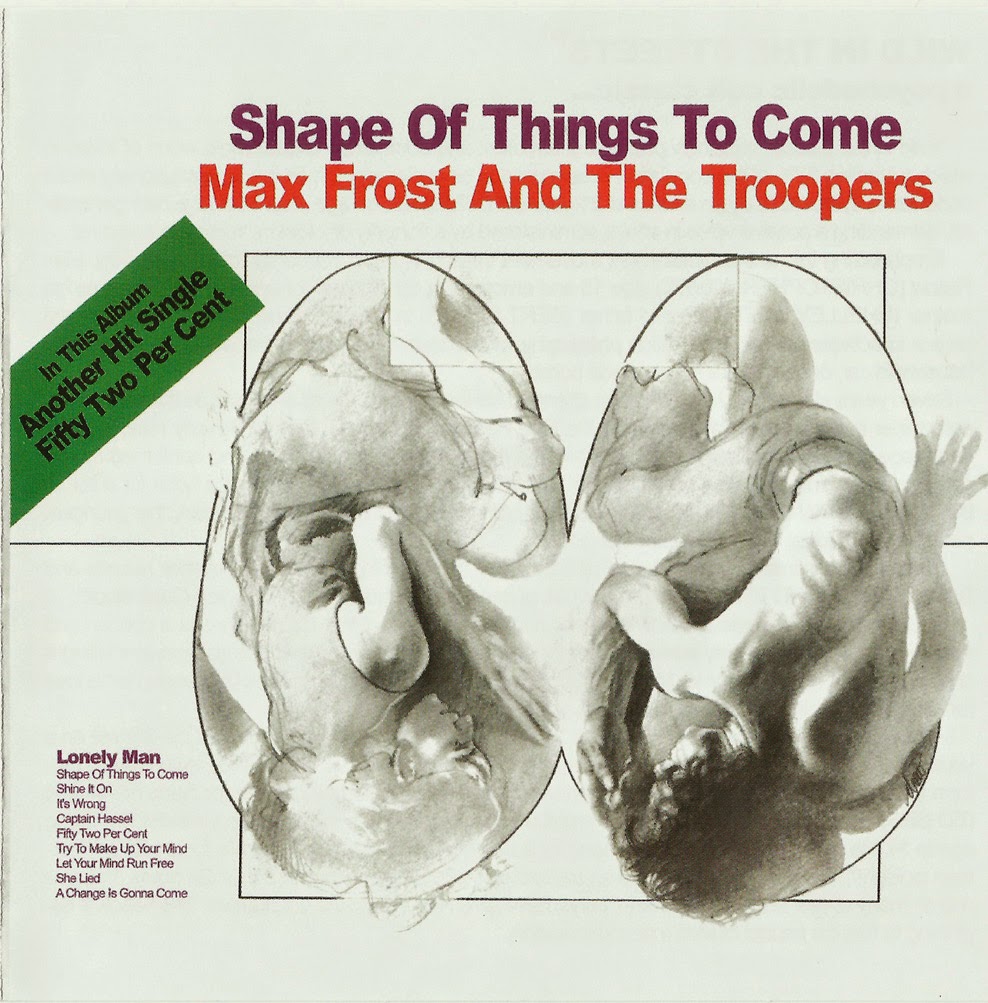 Max Frost And The Troopers were a fictional group created for the 1968 hippie-exploitation movie, Wild In The Streets. Frost was actor Christopher Jones (passed away January 31, 2014), more interestingly, the Troopers’ drummer was a young Richard Pryor. Their role in the film was to gain voting rights for 14-year-olds. Frost is elected president of the USA at the movie’s climax, and he orders everyone over 30 into concentration camps, where they are forced to take LSD. His band’s songs were equally absurd semi-political rants (‘14 Or Fight’) save for one bona fide folk-punk classic, ‘Shape Of Things To Come’. Written by Barry Mann and Cynthia Weil, the song was actually recorded by a band called the 13th Power. However, it was released under the name Max Frost And The Troopers to capitalize on the movie’s success with the youth market, and eventually reached number 22 in the USA.
All-music

1968, garage rock, psychedelic sounds, mind expanding substances and wicked colorful fantastic movies pointing at a probably strange future or dealing with the then current dissatisfying political and social situation or with the abuse of drugs were the hottest topics of the time. The Vietnam War had reached a preliminary peak in its progress, the atmosphere was full of either love or fury. A great time to create a movie about a future society of young people taking over the reign in the USA and the first step on their path to success was a rockband, MAX FROST AND THE TROOPERS. Not much is known about the musicians who either participated on the soundtrack of the movie or on this sole album by MAX FROST AND THE TROOPERS. The band name TROOPERS is based on the term "troops," the designation Frost was used in the film to refer to his friends and followers.

What we get to hear on the new reissue of “Shape of things to come” at hand is both: the entire studio work of MAX FROST AND THE TROOPERS plus the entire soundtrack album for the “Wild in the streets” movie and it is getting enormously colored and from time to time quite bizarre. The musical range goes from fuzzed out garage beat via soulful high energy rock numbers to a small quantity of acid freak outs. The compositions show a straight and accessible structure with a decent dance groove as it was usual in the contemporary pop music of the day. Some tinges of psychedelia like howling fuzz guitars, darker harmonies and swirling sitar lines were added for the good measure.

All 19 songs here prove to be memorable pieces of late 1960s acid pop and despite the movie related revolutionary and political statements in the lyrics all tunes drive you into a state of sheer bliss when spinning the record. So if you are a fan of late 1960s acid pop and garage psyche in the vein of THE THIRD BARDO, THE SEEDS, THE STRAWBERRY ALARM CLOCK and THE MUSIC MACHINE, look no further ‘cause you’ve found the holy grail!
Captain-High 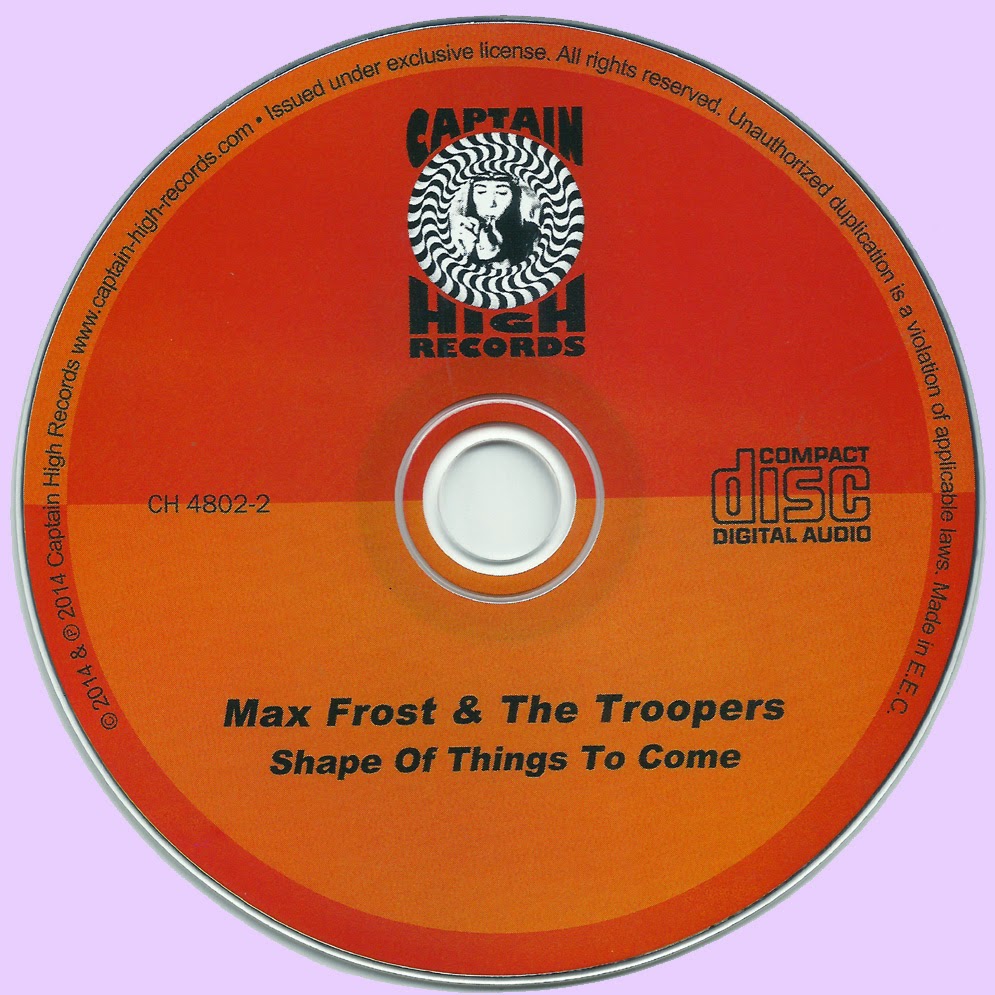