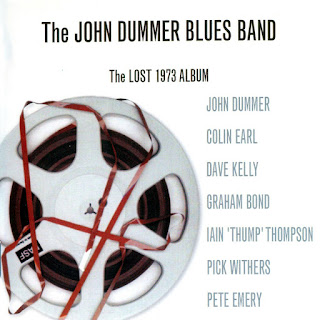 The John Dummer Blues Band's reputation as one of those groups that hung forever on the cusp of a major step forward, but never quite made it over the top, is one of those odd little injustices with which the British blues scene forever prickles.

There is simply no way of judging why one band made it while another failed to crackle, but Dummer and company were unluckier than most and, by 1973, their fortunes had reached rock bottom. Vertigo, their home for two albums, was about to let them go as part of the company-wide purge that so devastated what had once been one of Britain's most visionary record labels -- and when the bandmembers returned to the studio, it was in the knowledge that they had one last chance to convince the bigwigs to keep them on board. They should have succeeded, too. The result is a pièce de résistance, a sparkling album that not only packs some of the band's best ever recordings, but also boasts one of their strongest ever lineups: organist Colin Earl and guitarists Dave Kelly and Pete Emery, a rhythm section of Ian Thompson and Pick Withers, and, on saxophone, the legendary Graham Bond. But somehow it all slipped through the cracks.

Within a year, Bond was dead; this may well have been his last ever recording session, a manic four-day span that saw no less than 11 tracks kicked out, and then abandoned. Before that, though, Vertigo did indeed pass on the album, and attempts to land a U.S. deal via the Foghat connection (Colin Earl, of course) were doomed to failure. The tapes were shelved, the band broke up, and it would be 35 years before anybody ever thought to give them another listen. Now, however, they are where they belong, on the streets and still sparkling as brilliantly as the best of the Dummer band ever did.
by Dave Thompson 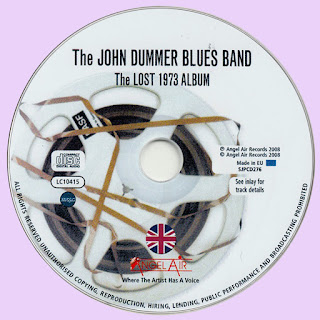 Free Text
Just Paste
Posted by Marios at 9:48 AM 6 comments: