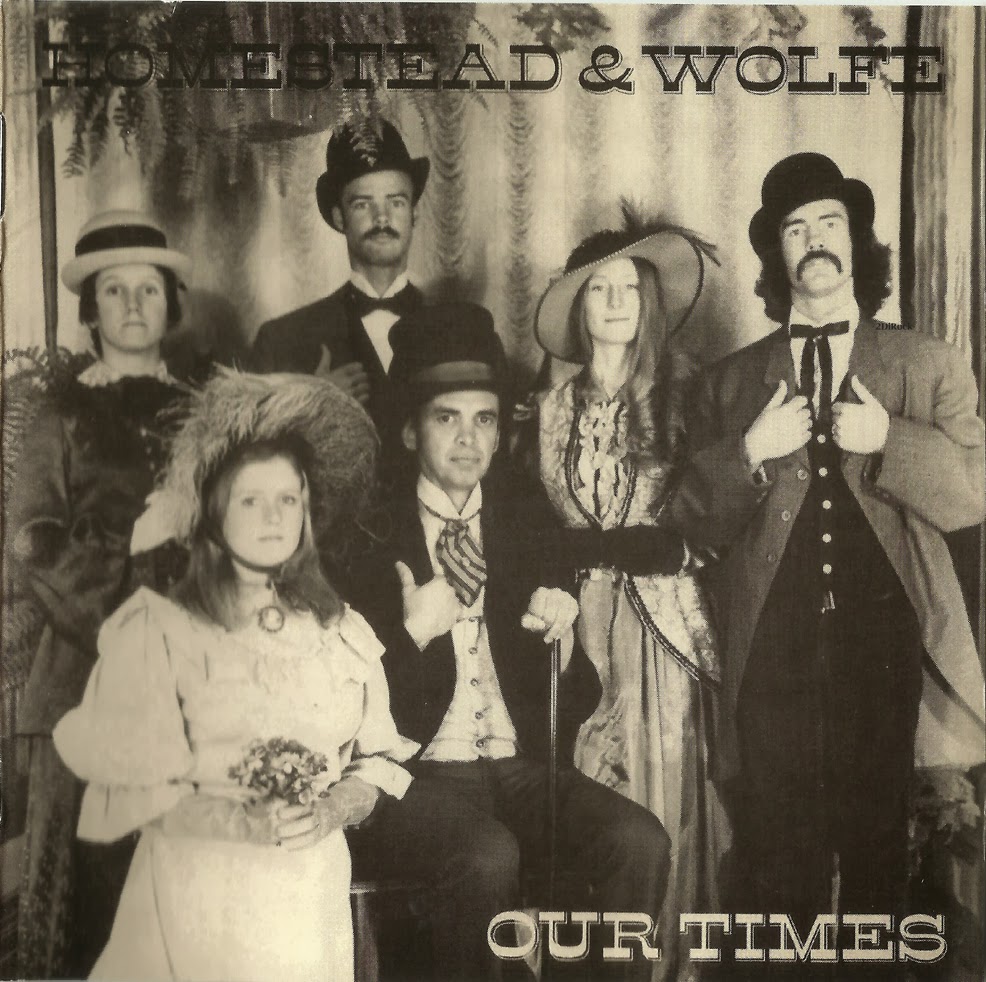 Originally released in 1975, Homestead & Wolfe's lone and unknown privately pressed LP is an artifact so lost to time, it has never appeared in any discography, list of rare records, or catalog, anywhere. However, exist it does, and now their story can be told.

This has been re-released by Anopheles Records has sat tight lipped on this discovery for the last year while researching and preparing this reissue from the original master tapes and with full cooperation of the group. Homestead & Wolfe was a folk-harmony group based around the United Methodist Good Samaritan Church in Cupertino, CA (near San Jose). Comprised of two female lead vocalists, one male lead vocalist, and buttressed with superb male and female harmonies throughout, H&W performed original material in a rich, melodic folk-rock-country style that is well executed, as well as earnest and personal.

The patriarch, producer and lyricist of the group, Ernie Bringas, had dabbled in the record biz as one of two founding members of the "surf hot rod" early 1960s vocal duo, the Rip Chords, before leaving the music business to attend seminary school. As a Minister of Youth and master planner and motivator at Good Sam from 1969-75, Bringas assembled and encouraged this ensemble of counselors and students, eventually offering them an opportunity to record an album and have a shot at "making it" as artists. He gave them the ultimate "leg up" in the business, producing this finely crafted recording using his old Hollywood connections.

These 15 tracks were recorded at the legendary Gold Star Studios in Hollywood between 1973-75. Engineered by Stan Ross, these recordings feature top flight studio musicianship from legendary "wrecking crew" drummer Hal Blaine, guitarist Ben Benay (Goldenrod, Darius), acoustic guitarist Al Casey, monster bass player Ray Pohlman, not to mention one of the world's most renowned and respected pedal steel guitar players, Jay Dee Maness (Buck Owens, the Byrds' Sweetheart of the Rodeo LP). The harmonies and arrangements of H&W recall both the Mamas and the Papas and the Carpenters at times, but much of the music deals with darker themes: the story of Wounded Knee told in "See The Children Die", the organ fueled psychedelia of "Your Freedom's In Question", aimed at the Nixon administration at the time, remains apropos today, and recalls the work of Growing Concern, Birmingham Sunday, and Art of Lovin'.

There are plenty of surprises here, as we located 6 unreleased tracks to augment the 9 tracks on the original album, including the startlingly great and dynamic cut, "Beat of the Drum", which sounds as if the Bangles were hired to front Goldenrod for a one off single. The full color 16 page booklet tells the story in their own words, features images of the touring group and recording sessions at Gold Star, and maintains the high standard of archival work Anopheles Records is known for. Homestead & Wolfe represents a highly unusual and strikingly original blend of unproven but talented young vocalists, top quality session players and engineering, and a truly rare chemistry that makes this one of the great folk-rock discoveries of the last 10 years.
Rip-chords 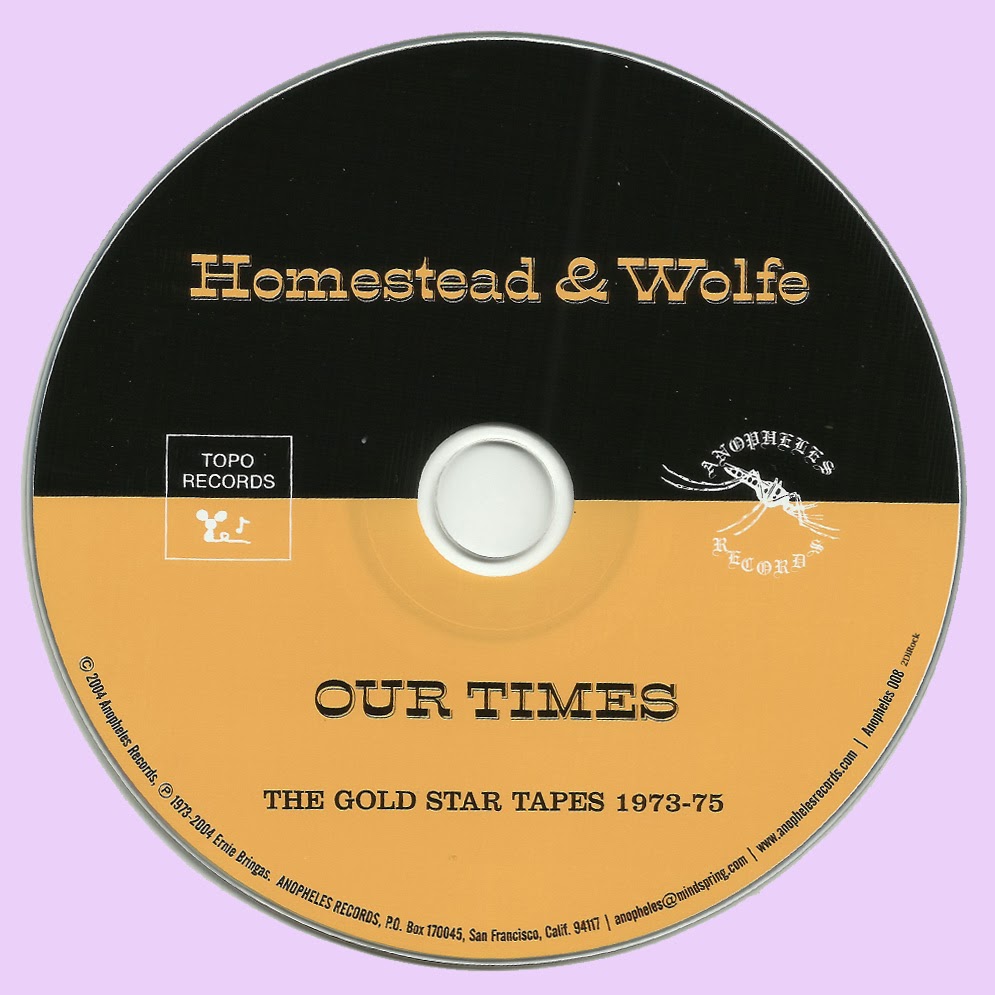