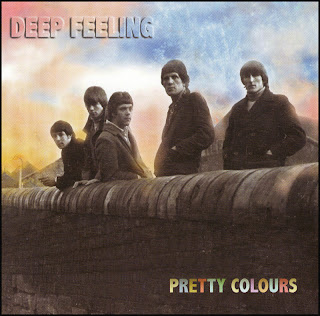 Formed from the ashes of beat band The Hellions in 1966, the short-lived Deep Feeling were one of most adventurous bands of their time.  Featuring Jim Capaldi (Traffic), Luther Grosvenor (Spooky Tooth, Mott the Hoople) Poli Palmer (Blossom Toes, Family), Gordon Jackson (later to make a classic solo LP) and Dave Meredith they wowed London audiences with their audacious brand of exotic proto-psychedelia, even backing Jimi Hendrix at his first UK gig. Tragically however, Capaldi departed to form Traffic during the sessions for their debut album (produced by former Yardbirds and Rolling Stones manager Giorgio Gomelsky) and the tapes were shelved.....until now.

The remarkable tracks make their first-ever appearance here together with demos made by Poli palmer and Gordon Jackson in 1967 and a song featuring the duo backed by The Blossom Toes.  The CD which is available from www.sunbeamrecords.com/ comes with a 12 page packed booklet with detailed reminiscences from  Jim Capaldi, Gordon Jackson and Giorgio Gomelsky amongst others together with rare photographs.

Gordon Jackson said:
“Hi, it is so nice to eventually put this album out, though it seems so long ago. I had kept copies on two track tapes of these songs in a cardboard box for 40 years. They survived a flood, storage in a shed and some had been over recorded on a quarter track machine when tape was needed for other songs. Poli Palmer did miracles getting the quality we have, which is not brilliant, but the atmosphere is preserved.

The original masters were dumped when Marmalade folded and I had taken home rough mix copies of the unfinished recordings. The originals were of course recorded by Giorgio Gomelsky. On the Sunbeam re-release Poli and I selected what was in any way useable and Poli worked on the quality. He had to deal with stretched tape, had to edit and chop to fill gaps which were faded or missing. ‘Spell on you’ was from two different recordings, one from the Hellions with Dave Mason on guitar, and the other with Deep Feeling and Luther.

The five studio tracks were all recorded in a couple of sessions at Rymuse in London with Giorgio Gomelsky producing. Listening afresh again we are pleased with them. I think the band was hot at that time, we had been in France for five weeks playing every night. The songs are good and were ground breaking then, very Gothic and progressive. Jim's vocals were great and Luther has some shining moments. Poli's love for Dubussy and jazz, together with his skill on vibes and flute is obvious. My part was in the writing. I wrote the lyrics, and Poli, Jim and I put the songs together.

We all sang harmonies. We were all devastated when Jim announced he was leaving and we decided not to go on with Deep Feeling. Luther joined the VIP's then Spooky Tooth and later Stealers Wheel, Widowmaker, and Mott the Hoople. Poli and me did some song writing for a year before going our separate ways, he to Ecclection and Family, while I did my solo album 'Thinking Back'. We have included some demo's of a few songs on this album. Also a couple of live tracks - one recorded on my dads old reel to reel off an old radio when we did a session on Radio Free Europe, the other by someone at the Elbow Room in Birmingham.UK. Goodness knows on what, probably a reel to reel domestic tape recorder. I kept close contact with Jim right up to his death. I miss him greatly.” 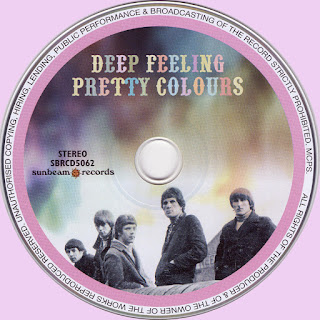