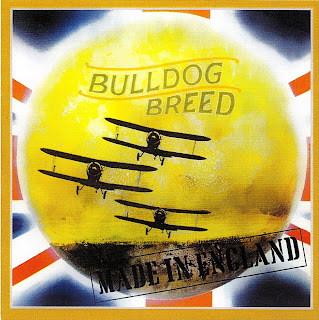 Long established as one of the minor classics of the British psychedelic pop genre, the Bulldog Breed album Made In England was recorded in mid-1969 but not released by Deram Nova until the beginning of the following year - by which time its thrilling Spirit-of-'67 mod/psych sound and commitment to hook-laden, sub-three minute songs was fatally out of sync with the self-indulgence and bombast of the nascent progressive rock era.

Featuring members of T2 and The Flies. One of the last landmark albums when bands seemed play exactly what they wanted, instead of opting for either the mainstream or the gutter; the psych-pop sensibilities of 1967 still live in 'Paper Man', 'Eileen's Haberdashery Store' and 'Dougal', 'Silver' and 'Top O' The Pops Cock?!?' give us a nasty Deviants proto-punk edge, while the mournful 'Friday Hill' sounds like Caravan on Prozac. Quintessential English eccentricity! A classic album finally gets proper recognition!!! 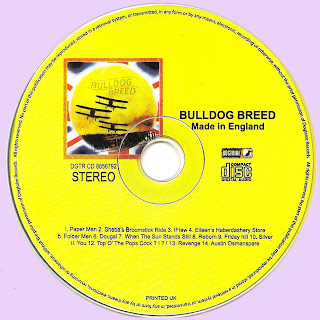