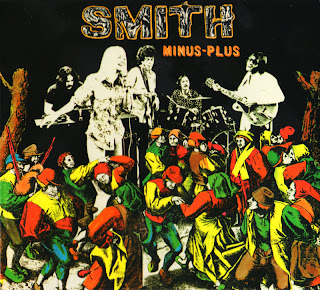 By the time of Smith's second album, Minus-Plus, Carter and Cliburn had left, replaced by guitarist singer Alan Parker and bassist Judd Huss. "With the second album” says McCormick, "the band's music became a little more melodic; the first band had been gutsier in many ways, There was more guitar on the second album, and the producers found a softer side of me” The first single from the album, ironically, was a Carter-Cliburn original, Take a Look Around, left over from the sessions from a group called...Smith and featuring the by-then departed Clibum on lead vocal. It peaked at No. 43, though the new group never performed it live.

The next single, Carole King and Toni Stern's What Am I Gonna Do, was recorded by the second line-up and reached No. 73. McCormick was getting restless. "I didn't want to be affiliated with a group any more. As time had gone by with Smith, there were too many personalities involved and all of the initial thrust was lost. I left, Larry and Bob left, and the rest continued for a while as Smith with a new girl singer/'

McCormick recorded three solo albums: Gayh McCormick for Dunhill, followed by 1972's Flesh and Blood for MCA and One Afore Hour for Fantasy in 1974. But the thrill was, for all practical purposes, gone. "My husband and I were separated by our work while I was on a two-week promotional tour to New York. I came back to Los Angeles to be with him, and stopped making music professionally." By 1976, she and her husband of four years were divorced; before long, Gayle had moved back to St. Louis, where she remains today, outside the music business except for occasional weekend visits to karaoke bars.

Likewise, the other original members of Smith have scattered: Larry Moss owns a construction firm in Oklahoma; Bob Evans has a company in Southern California that specializes in masonry; Alan Parker is a business administrator in St. Louis; Judd Huss moved to France, where he became a well-known painter. Carter was last spotted in West Virginia; Cliburn, in Oregon. "Going from the highs of the Ed Sullivan Show back to the nightclubs was hard; that was a scene that I'd never really been part of' McCormick says today, likely speaking for all the others and with hardly a sign of regret as she looks back at her moments in the spotlight from the safety and security of home.
by Todd Everett 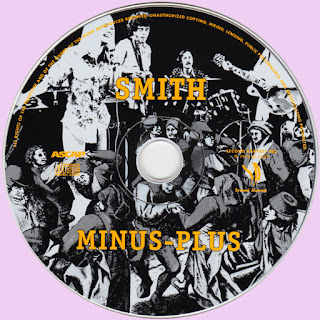