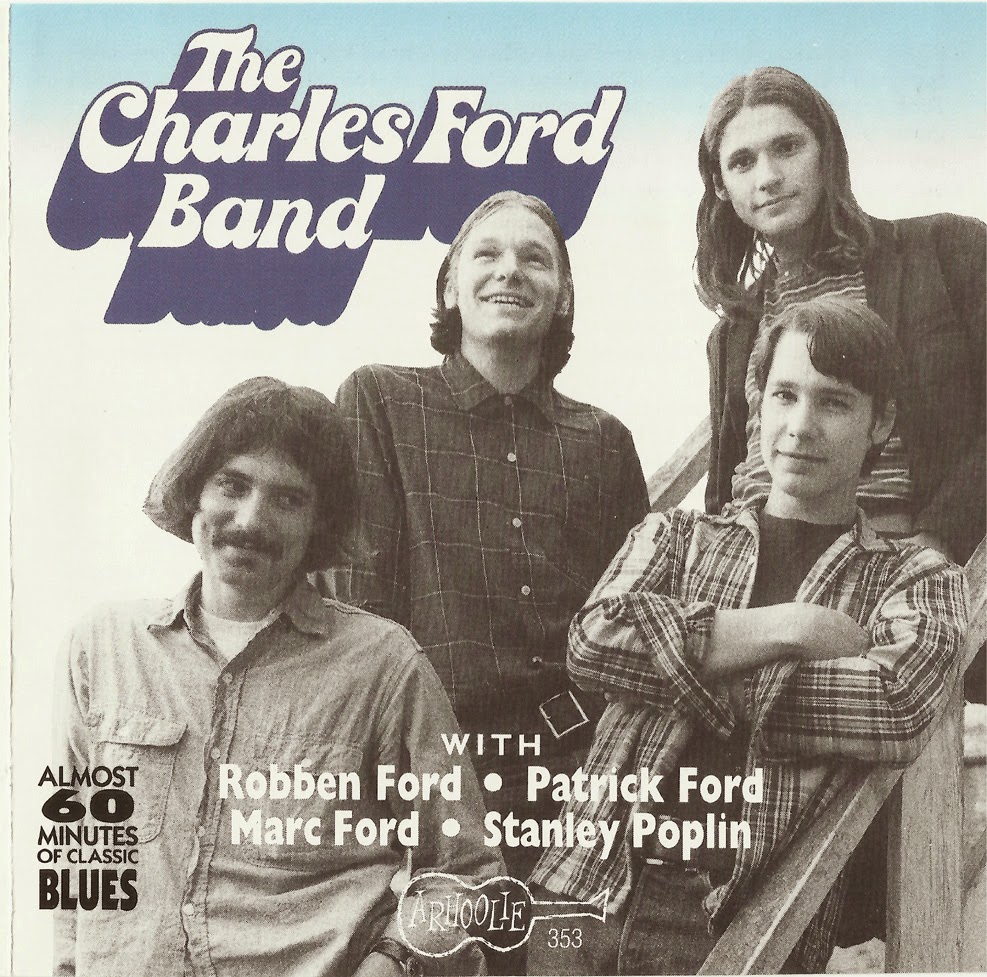 When I recorded blues harmonica ace Charlie Musselwhite early in 1971  he had a tight little band which included two brothers, Pat and Robben Ford. Pat impressed me as a solid drummer and Robben was obviously a very gifted lead guitar player, doing many of the vocals, and then switching to saxophone for some haunting duets with Charlie's harmonica. They made great music together.

When the brothers eventually left Charlie, they formed The Charles Ford Band, (named in honor of their father), and became quite popular in the Bay Area by introducing interesting modern changes into their otherwise fairly traditional urban blues repertoire. Their dynamic stage presence, original tunes, and fascinating interpretations of modern jazz classics, led several record companies to make attractive offers. However, as time went on the young band members sought different directions for their respective talents. When the Charles Ford Band finally broke up in late 1971 they wanted to preserve their music on record.

The Ford brothers weren't born into a blues environment - far from it! Their father was a country musician who had led a band in Wyoming called Rocky Ford and the Tennesseeans. Pat (2/19/1949) and Robben (12/16/1951) were born in Woodlake, Calif. and Mark (10/21/1953) came along after the family had moved to Ukiah, Ca., where all three brothers grew up. Ukiah is about 120 miles north of San Francisco and the musical offerings of the local radio stations were limited to Top 40 pop music along with some Country & Western.

There was none of the musical variety typically available to people in or near major cities who might hear, via the radio, Blues, Gospel, Jazz, Country & Western, Mexican, Classical, Jewish, Scandinavian, and many other types of ethnic music along with pop material. The Ford brothers didn't find music that really grabbed them until Robben, by chance, happened to hear a record by The Paul Butterfield Blues Band around 1965 at the local record shop. This led the brothers to records by B. B. King, John Lee Hooker, James Cotton and other blues greats and soon all their energy was devoted to playing this new-found music.

Prior to discovering the Blues, Pat and Robben had often joined their musically active parents in family jam sessions. By 1968 Pat and Robben had formed their first full-fledged blues band, a trio called The Ford Blues Band. Meanwhile Mark was working on his harmonica and soon joined the trio. The band became quite popular around Ukiah and worked steadily until Robben finished high school. Pat and Robben then went to San Jose and in 1970 formed the Charles Ford Band with harp player Gary Smith and Stan Poplin on bass. It was this band which Charlie Musselwhite encountered when he persuaded Pat and Robben to join him.

Since these recordings were made Robben has become something of a guitar legend and a much sought after sideman in blues, rock and jazz circles. For a time he toured with Miles Davis and Warner Brothers released his blues-oriented solo album Talk to Your Daughter in the late 1980s. For several years during the 1980s Mark Ford fronted his own popular Bay Area blues group, The Mark Ford Band. Patrick Ford recently formed his own record label Blue Rocket and continues to perform with the Ford Blues Band.
by Chris Strachwitz,  1972, 1991

I hink what made the The Charles Ford Band unique was that we were four young white boys, (I was the oldest at 21 and Mark was the youngest at only 16), from a small town in Northern California, who just didn't know any better.

We came at this newly found blues music with an unbridled zeal and enthusiasm that was not affected by the usual restraints of what a blues band "should" be or should sound like.

The Charles Ford Band actually existed for less than a year and about four months after the band had broken up, Chris Strachwitz set up the sessions. I was back on the road with Charlie Musselwhite, Robben and Stan were working together, and Mark had dropped out of the scene. However, we all agreed that it would be a good idea to record something of the band.

With no rehearsal, and with both time and budgetary constraints, we went into a funky 8-track studio in San Francisco and cut the tracks in two quick sessions. Most were recorded in one take, "live," with no touchups. The Promise was recorded at In Your Ear in Palo Alto, Ca. on a home two-track machine and reveals a bit of the energy and enthusiasm that was the Charles Ford Band.
by Patrick Ford,  1991 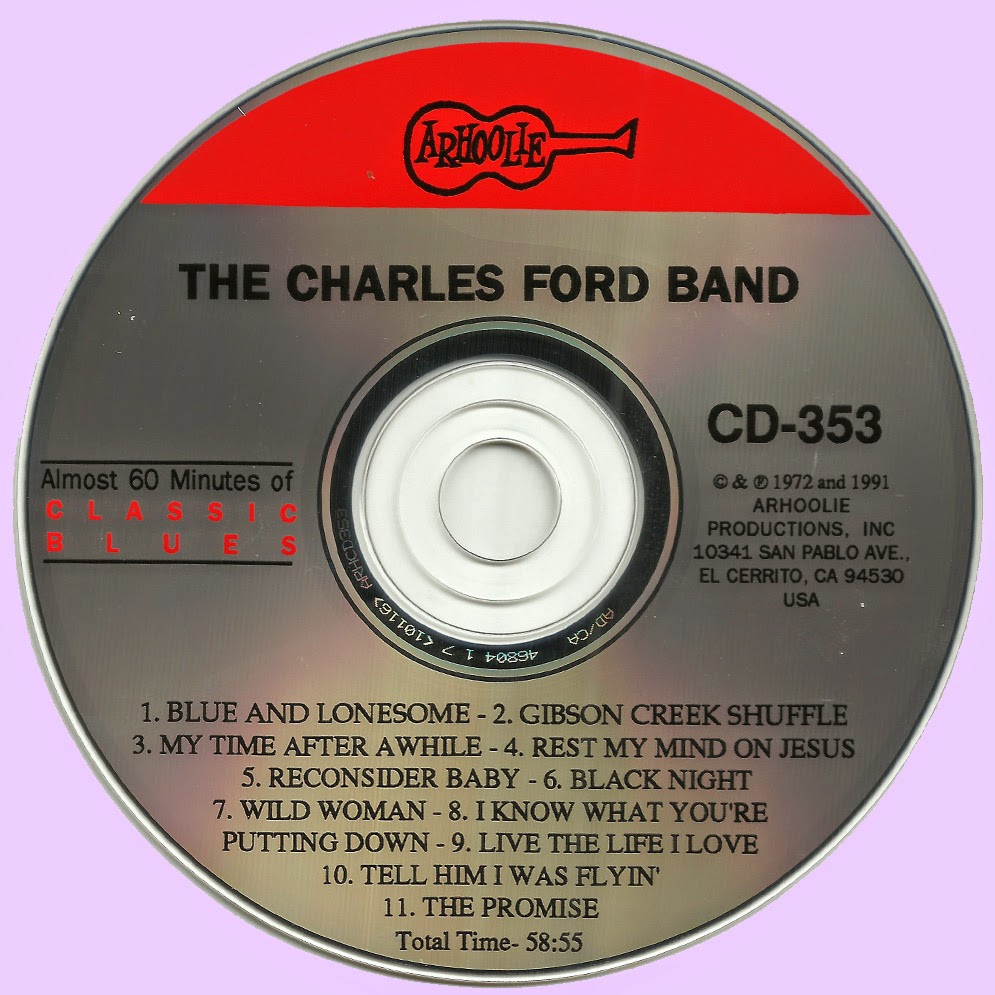