Freak Out, named after the first Mothers of Invention record, came from Knittelfeld, located in the Aichfeld on the banks of the river Mur in the Austrian region of Steiermark. The band was formed in the late 1960s by Robert Musenbichler (born m Knittelfeld on 17 January 1955) on guitar and vocals, Mike Gartner on bass and occasional saxophone, and Karl-Michael "Charly" Dienes on drums.

Knittelfeld also saw their first gig with self-made amplifiers in front of 400 people and stopped by the police, which rather helped the band establish a certain reputation. Subsequently, Max WeiBenback joined on saxophone, giving the band a slight jazzy touch, in the spring of 1970, Robert's brother Peter (born in Knittelfeld on 8 August 1949) joined the outfit on guitar and vocals after having spent some time with Feelin'. Ivan Miholic. the only member not to come from Knitteifeld, was the last addition on percussion.

Freak Out had meanwhile become so popular that Gerd Kernmayer from Friesach m Karnten became interested and suggested recording a 7 single and an LP on his small Cosmos label The band agreed And recorded two tracks written by the Musenbichler brothers in a Klagenfurt studio, in the spring 1971. The single entitled "Jaming brother/"Crazy colours of life'' was released in June 1971 with a very small circulation. Unfortunately, the spelling error in gaming" was never corrected. The sides of the cover were neither folded nor glued but remained open in the Swedish style of that time, which meant that it was put into a transparent plastic cover for selling purposes.

The photos on the back cover feature Peter Musenbichler, Charly Dienes and Ivan Miholic on top from left to right, with Robert Musenbichler, Max Weissenback and Mike Gartner below. The single was even presented by Meinrad Nell on QRF (Austrian Radio) on 3 July 1971. Recordings for their live LP had meanwhile been completed produced by Georg Regatschnig. it was recorded in front of around 1000 people in auditorium of the Klagenfurt Concert Hall, about 80 kilometers south of Knittelfeld near the Slovenian border on Saturday, 24 April 1971.

Nine of these eighteen tracks were selected for the LR which appeared with a circulation of a few hundred copies on 1 August 1971 as "Life" (Cosmos 2235). Just like in the case of the single, precise information is no longer available, but expert opinion puts the number at around 200 copies, which makes one wonder how such a small circulation could have been financially viable. According to the band members, money was not the primary thought behind the venture; the publication itself was the objective, designed to increase the degree of the band's popularity. On top of that, they wanted to have something solid to show to the organizers of concerts.

Nobody knows what Gerd Kernmayer had In mind when he decided on the title. This time at least they got the spelling of "jamming" right. Both the single and the LP were manufactured {n Austria, with the publishing rights for the band's own compositions still belonging to GKMV (Gerd Kernmayer Musik- und Schallplattenverfag). in spite of such a small equation of their records. Freak Out gradually managed to strengthen their popularity in the Steiermark and in Karnten ) by playing about 100 gigs. As a result. they appealed various times on Austrian television and radio, Gerd Kernmayer had arranged for most of these gigs, a sign of his dedication. At some stage.

Apart from his own band named Robby & The Splash (Lenny Kravrtz style) he plays guitar with Reinhard Fendrich and occasionally with Steve Lukather. He also runs his own studio, Due to the fact that their records are real rarities, Freak Out became known to very few collectors only. The second edition of "Die deutschen Beatbands" by Heinz Dietz and Mathias Buck (Rockenberg/Bad Nauheim 2002), which is not strictly limited to beat music, at least features the single as a sleeve repro Hans Pokora's "1001 record collector dreams" (Vienna 1997) only shows the label of the LR which means that even this probably most accomplished of all Austrian record collectors did not have the cover.

He awards the LP four units, which, in prime condition, corresponds to a collectors1 value of 650 DM (US$300) to 1150 DM (US$550). The next edition foresees five units. Complete IPs with cover all m mint condition, are sold for a price of 1200 DM to 1300 DM (US$600), The well-known anthologies on German progressive rock by Dag Erik •Asbjenwan'.-and the Freeman brothers do not mention Freak Out at all because collectors have simply failed to discover the band so far, Even the price catalogue of the "Oldie-Markt” record collectors1 magazine does not mention them, nor does the otherwise very complete and competent "Austro-Rock-Lexikon" by Wolfgang Zmk (Hirm 1989).

All of this seemed to be a very good reason to make the band's music available to a larger audience today. All licenses have been obtained from Gerd Kernmayer. Who has also kept the master tapes in perfect condition. Unfortunately, the remaining nine tracks of the live concert were recorded over so that this CD can only offer the two songs from the single as bonus tracks. This means that "Jamming brother" is now available as a live recording taken from the LP and in its studio version taken from the single.

Unfortunately, the master tapes of the two bonus tracks have also been lost in the course of time, which means that an LP in prime condition was used and subjected to the Cedar NoNoise System, the best available on the market, to get rid of all crackling groove noise without changing the sound in any considerable way As usual, the cover design of the original LP although quite plain in its glossy outfit, was adopted for this GO production without any changes, Some critics may doubt the musical quality of this CD since eight of the eleven tracks were cover versions.

The performance, however, was very good and not lacking in original arrangements. Apart from that, the extreme rarity of these records alone would justify a re-issue on CD, Many thanks to Peter Musenbichler, Gerd Kernmayer and Wolfgang Zmk for their friendly help,
by M. Thurn 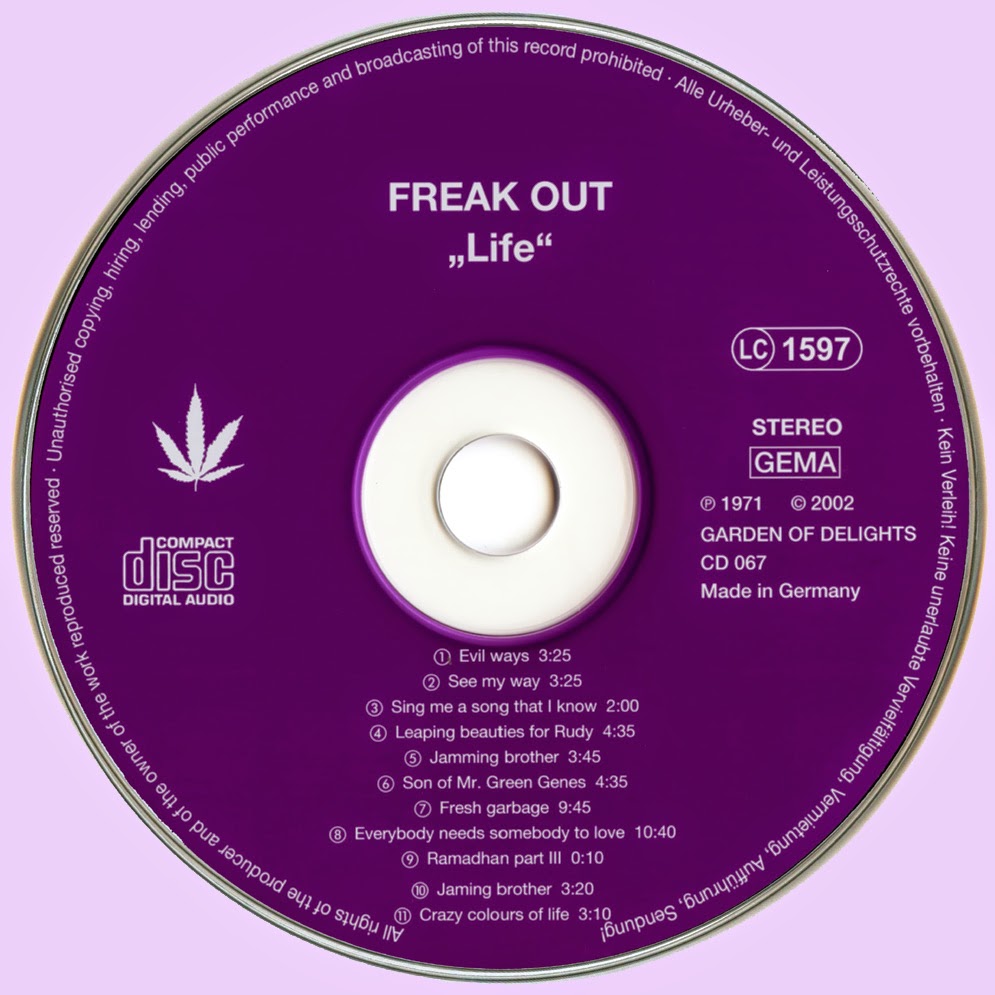