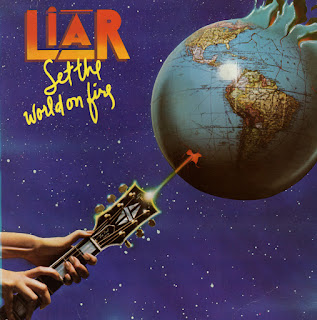 Liar's second album was released in 1978, with a single "Set the World on Fire", and following a promotional visit to the US by Burton and Taylor, the band undertook a tour of Yugoslavia in preparation for a nationwide tour of the United States with American band Styx.

The album was initially well received in the US; at one point, it was the third most played album in the Billboard airplay charts behind Bob Dylan's Street Legal and The Who's Who Are You.  Following heavy airplay, the album entered the album charts, and despite strong opposition from the band, a decision was made to pull out of the Styx tour in the belief that continued sales would mean that the band would soon be able to headline on their own. However, airplay soon tailed off and the album left the charts.

A decision was then made by Delta and Bearsville for the band to record another album in California. Thus, in late 1978, the band took up temporary residence in Hollywood and recorded a third album at Stevie Wonder's Crystal Studios in Los Angeles, again produced by John Alcock.

The album was felt to lack an obvious single, and talks concerning policy between management and Bearsville eventually broke down. At one point A&M records considered signing the band, but did not. During this contractual wrangling, the band returned to the UK, and undertook a successful sell out tour with UFO, culminating in two nights at the then Hammersmith Odeon. It proved impossible to find a solution to the band's contractual problems and Liar folded; the Hammersmith Odeon gig on 16 February 1979 becoming their last. 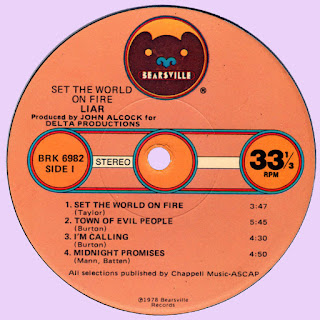 1977  Straight From The Hip (Japan remaster)