Frijid Pink's self-titled debut album is a slashing, seriously soulful example of late-'60s Detroit rock near its best. Although they never registered with critics or rock historians the way MC5 or the Stooges did, Frijid Pink had obviously learned something in the course of two years on the road, and with Mike Valvano producing, they were able to channel the excitement of their work onto the grooves of this album very neatly.
Those who bought the number seven single "House of the Rising Sun" weren't disappointed with the bluesy boogie sound of "I'm on My Way" or the slowed-down Yardbirds approach of "Drivin' Blues" (somehow, when Kelly Green sang "My woman loves me" it seemed to matter), and even if "Tell Me Why" was a tuneless mess, Gary Thompson made up for it with a fuzz-out guitar performance that sounded like speaker burnout in slow motion.
They were back in form on the next number, the crunchy, pumping rocker "End of the Line," where Green, (Gary Ray Thompson, and company move into Led Zeppelin territory very effectively (you can just imagine them switching gear into "Black Dog" in a jam to this song on-stage), with a killer performance by Rich Stevers on the drums. And that was all leading up to "House of the Rising Sun." "Boozin' Blues," which closed the original LP, is a blues workout reminiscent of Cream's version of Willie Dixon's "Spoonful"; a virtuoso effort by Thompson and Green, it shows off a more reflective and studied side of the band's sound.
This reissue includes the singles "Heartbreak Hotel" and "Music for the People" (which features a gorgeous and perfectly appropriate gospel chorus), House Of The Rising Sun (Single Edit), Sing A Song For Freedom (Mono Single Mix) and "End Of The Line" (Mono Single Mix) as bonus tracks.
by Bruce Eder 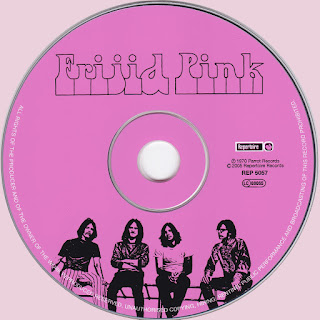