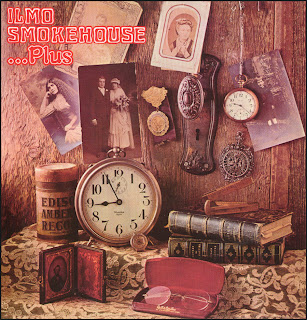 While it's not unusual for a new band to form from the ashes of other collapsing, simpatico groups, it's rare for one to emerge from the funeral pyres of two distinctly different musical units, but thus was begotten Ilmo Smokehouse. Freddie Tieken and the Rockers was the more established of Ilmo's parents, a smoking R'n'B band that had been burning up Midwestern stages since the late '50s.

With an obvious penchant for bluesy rock and soul, the band boasted one of the best horn sections in the region. In contrast, Gonn came on the scene in 1966, dragging behind them their British beat influences, following the herd into psychedelia and even space rock a few years later. Smokehouse had a ferocious live reputation, but this set did that little justice, with only "Johnny B. Good" and "Pine Needle Bed" hinting at their stage potential.

What the record does do, however, is showcase precisely why this band was born to die. The nearly seven-minute long "Have You Ever Had the Blues" is a flawless example of talking blues, a sound Freddie Tieken had perfected years before. Elsewhere, jazz and prog rock collide on "Are You Happy," while jazz, soul, and rock smack straight into each other on "Movement 1 and 13," while "Pine Needle Bed" pulls in so many directions, you expect the whole tree to splinter apart. And splinter the band quickly did, in the end, becoming three different bands. There was just too much experience and quality musicianship in the ranks, all pushing too hard for their own preferred style. For some bands, eclecticism is a badge of honor, for Ilmo it sounds more like a bone of contention.

Authors of only one album produced in 1971, Ilmo Smokehouse made a name for themselves during the early seventies thanks to their incessant gigging, often sharing the stage with names like MC5, Big Brother & The Holding Company, The Amboy Dukes. 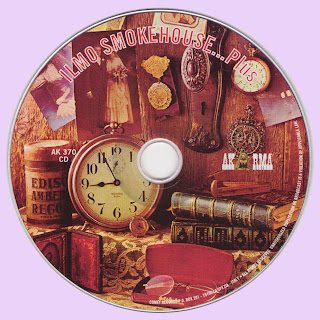 Free Text
Text Host
Posted by Marios at 9:08 AM 13 comments: