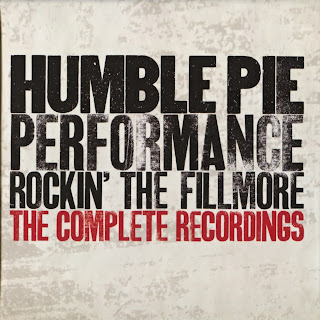 In 1971, the concept of a hard-rock band achieving its big commercial breakthrough with a double live album was nothing new. But the experience had to be a particularly satisfying one for Humble Pie.

In a way, they were one of the era’s supergroups. Three of the band’s four members — guitarist Peter Frampton, singer-guitarist Steve Marriott and bassist Greg Ridley — had already tasted success with the Herd, Small Faces and Spooky Tooth, respectively. At a mere 17, Jerry Shirley was less well known but was gaining a reputation as a formidable power drummer in the John Bonham mold.

Still, in spite of their lineup and reputation for explosive live shows, Humble Pie weren’t able to duplicate their onstage energy in the studio. Their four studio albums aren’t bad, but they sold only moderately well.

On 1971′s ‘Performance: Rockin’ the Fillmore,’ Humble Pie finally captured lightning in a bottle. Recorded over a four-show, two-night stand at the legendary Fillmore East — home to some of the most storied concert recordings ever made, from Aretha to the Allmans — the live double album showcased the band blowing the roof off the grand old joint. Marriott is a pint-sized powerhouse of a blues-rock singer, and his thunderous riffs perfectly complemented Frampton’s more fluid, precise approach. The rhythm section of Ridley and Shirley held the foundation up from the bottom, driving it home with all the nuance of a Molotov cocktail.

‘Performance: Rockin’ the Fillmore’ became Humble Pie’s breakthrough hit, cracking the Top 25 and going gold. But the success was short-lived: Frampton left not long afterward, and repeated the formula a few years later by releasing a string of modestly successful solo albums before hitting the mother lode with the 1976 blockbuster ‘Frampton Comes Alive.’ Humble Pie scored a few more hits with replacement guitarist Clem Clempson on the albums ‘Smokin” and ‘Eat It,’ before finally petering out for good.

The four-disc box ‘Performance — Rockin’ The Fillmore: The Complete Recordings,’ collects all four of the band’s Fillmore concerts from May 28 and 29, 1971, in their entirety and in the correct sequence for the first time. In addition to the seven songs that made the original album, the set includes 15 additional, previously unreleased performances.

There’s little variation among the same five or six songs played at all four shows, with the only major difference being the single version of ‘Stone Cold Fever,’ which also made the original album. It’s also the only original song by the band in the entire set list, since they either reworked blues standards by Muddy Waters (‘Rollin’ Stone’) and Willie Dixon (‘I’m Ready’) or gave songs like Ashford & Simpson’s ‘I Don’t Need No Doctor’ their distinctive heavy stamp.

Despite the repetition of the box, purists and longtime fans will appreciate the little things — like Marriott changing his stage raps each night, particularly on ‘I’m Ready.’ Plus, you can hear Marriott’s influence on everyone from AC/DC‘s Bon Scott to the Black Crowes‘ Chris Robinson in his primal blues shouts and screams. The set’s sound is also remarkably crisp and sharp, never losing any of the frenetic immediacy of the original live recording.

Sadly, with the exception of ‘Thirty Days in the Hole’ and the live version of ‘I Don’t Need No Doctor’ included here, Humble Pie’s songs are often ignored by classic-rock radio. Fans who remember the original ‘Rockin’ the Fillmore’ as one of the era’s best live albums will no doubt appreciate the trip down memory lane. For those who missed it the first time, ‘The Complete Recordings’ is an explosive introduction.
by Glen Boyd, October 29, 2013 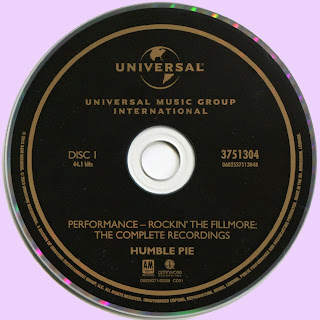 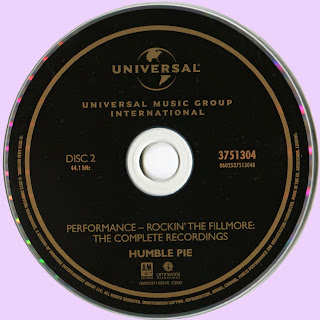 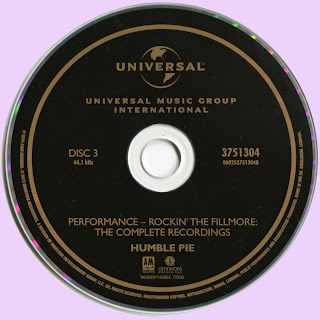 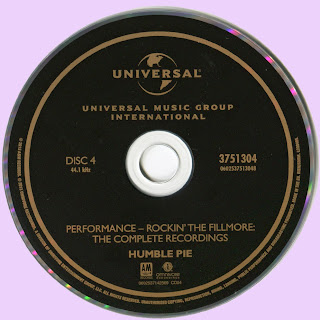 Free Text
Just Paste
Posted by Marios at 6:11 AM 19 comments: