Formed in Arizona but based in California, Condello's Phase One album has some fine moments. it's sometimes like listening to some psychedelic comp because of the way it jumps from popsike to fuzz-driven garage stomps.

Mike Condello did it all in four decades in the music business: serve as music director for two local Phoenix TV shows (Teen Beat and The Wallace & Ladmo Show), lead his own bands like Hub Cap and the Wheels, parody the Beatles with Commodore Condello’s Salt River Navy Band, and even play with luminaries like Keith Moon, the Tubes, and Jackson Browne.

In 1968, he also led his own band - which released the psychedelic masterwork Phase 1 on Scepter Records. Featuring a young Bill Spooner (pre-Tubes) on guitar, the album flows and trickles through your mind with more saturation than Lucy and her diamonds in the sky- picking up a few nuggets, boulders, and pebbles in the emergent violet haze.

Sadly, Mike Condello committed suicide in the 90s after suffering from severe depression. 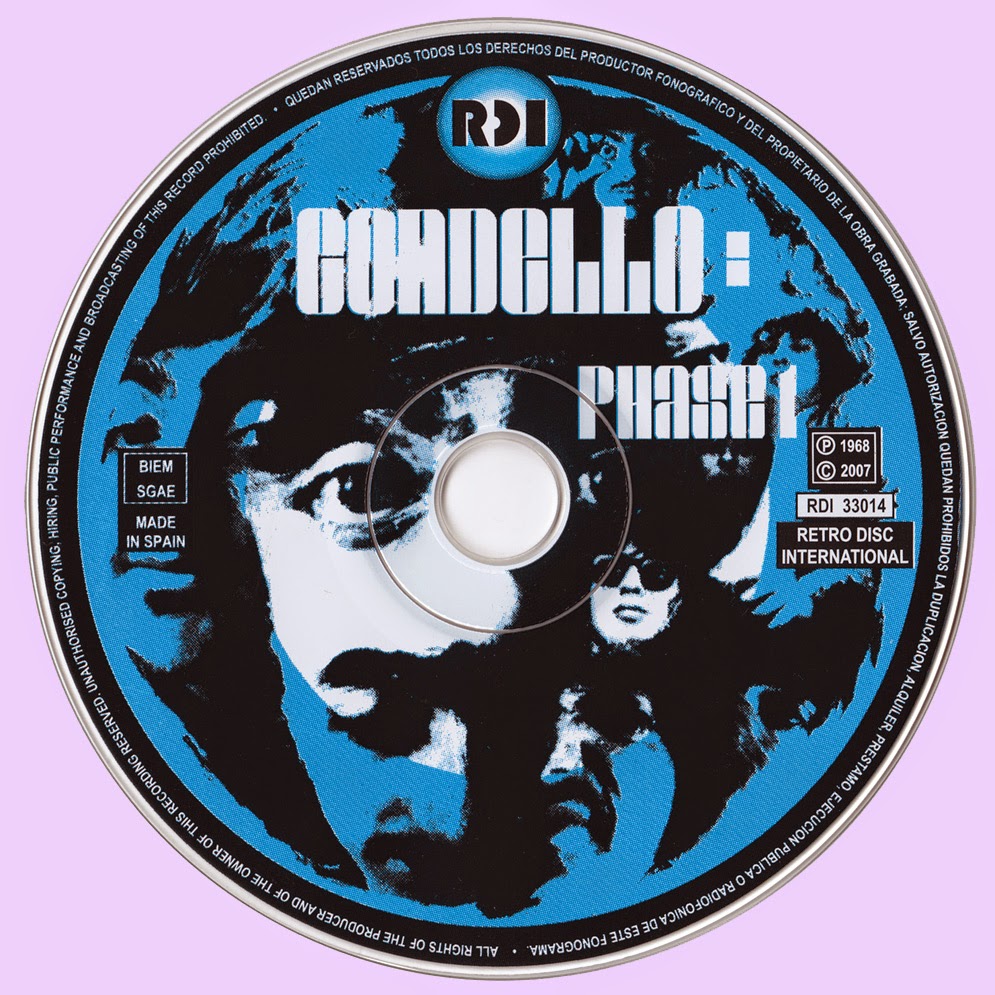